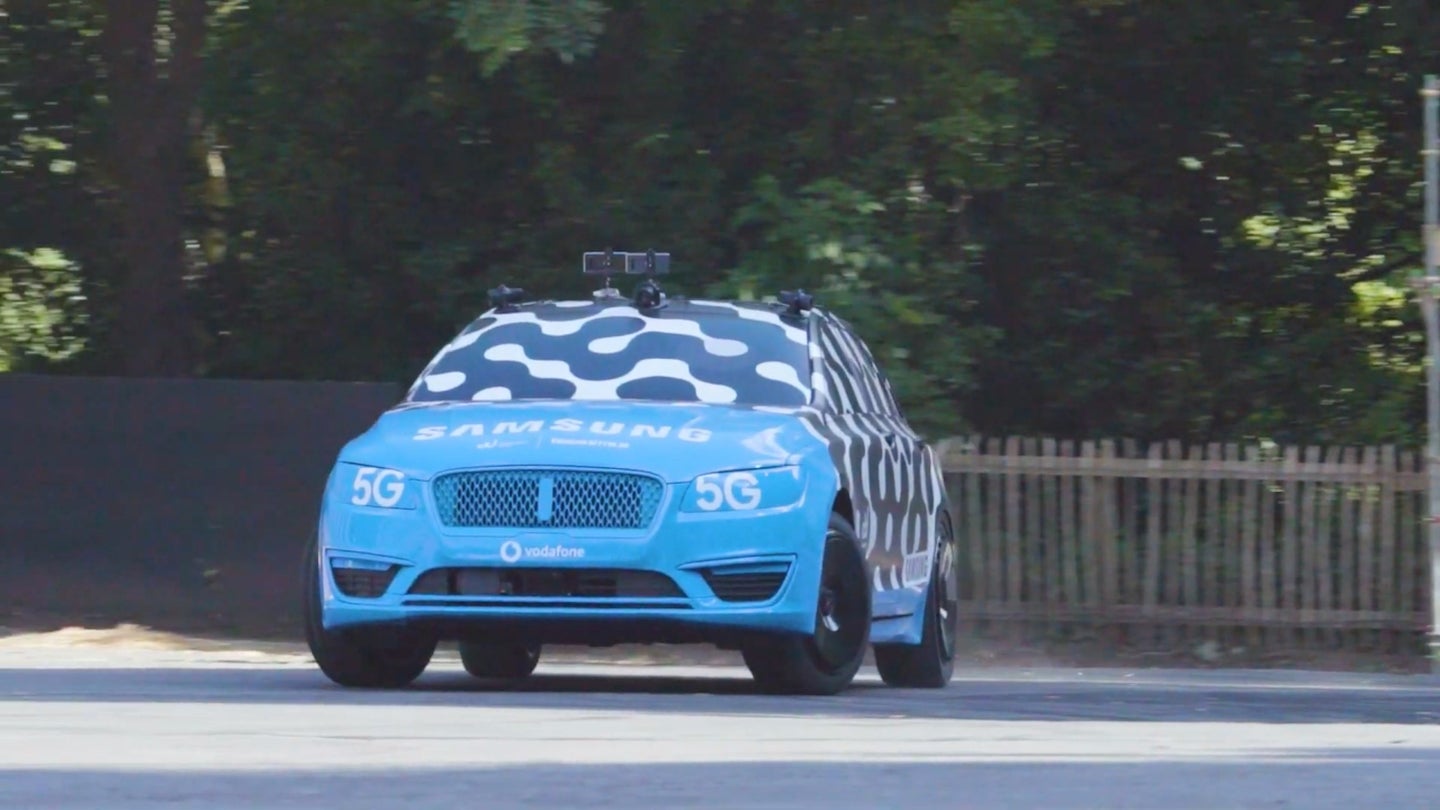 At this year's Goodwood Festival of Speed, pro drifter Vaughn Gittin Jr. and Samsung decided to showcase the power of the new Galaxy S10 5G phones and their associated low-lag cellular network, by proving they can be used to drive and drift cars—or a modified Lincoln MKZ for that matter—from miles away.

To do so, Samsung had pro drifter Vaughn Gittin Jr. climb into the American sedan with its windows covered and cameras and phones attached to the roof. In this particular setup, the car's controls—steering, throttle, and brakes—were all attached to servo motors inside the real car that were actuated from miles away. After a quick test run in the passenger seat while someone else operated the rig from a remote location, it was time for the Formula D superstar to experience the madness for himself.

After strapping on a phone-based virtual reality (VR) system, Gittin immediately took the RC Lincoln by the scruff of the neck for a little hooning. Pro drifters are some of the people most sensitive to a car that doesn't react the way they want it to, but Gittin found no delay in the system—no reason for complaint.

"No hiccups, all of my inputs are happening immediately," Gittin reported as he took the Lincoln for several smoky spins. "You know, to be doing this type of maneuvers with a vehicle, you have to be effectively ahead of it, and I can't believe that these inputs are working as well as they are."

"If there was latency or any delays right now with video or the inputs of the car, I would be completely outta control."

It's an impressive technological demonstration, but one remotely controlled vehicle doesn't mean every car on the road will be driven from a data center within a decade (though someone in Silicon Valley is probably pitching the idea to investors right this second). Not only is it safer for a driver to be in the vehicle, but outsourcing your wheelman doesn't make them any cheaper, nor does the expensive suite of remote VR controls and cameras. Instead of expecting some guy already at the office to drive you to work, just take an Uber... provided you don't mind getting sick.

Mother Runs Over Infant Son With Lincoln Navigator, Says She Was ‘Playing Game of Chicken’

The Texas woman drove her SUV directly at her kids thinking they would move over in time. Sadly, her three-year-old didn’t.