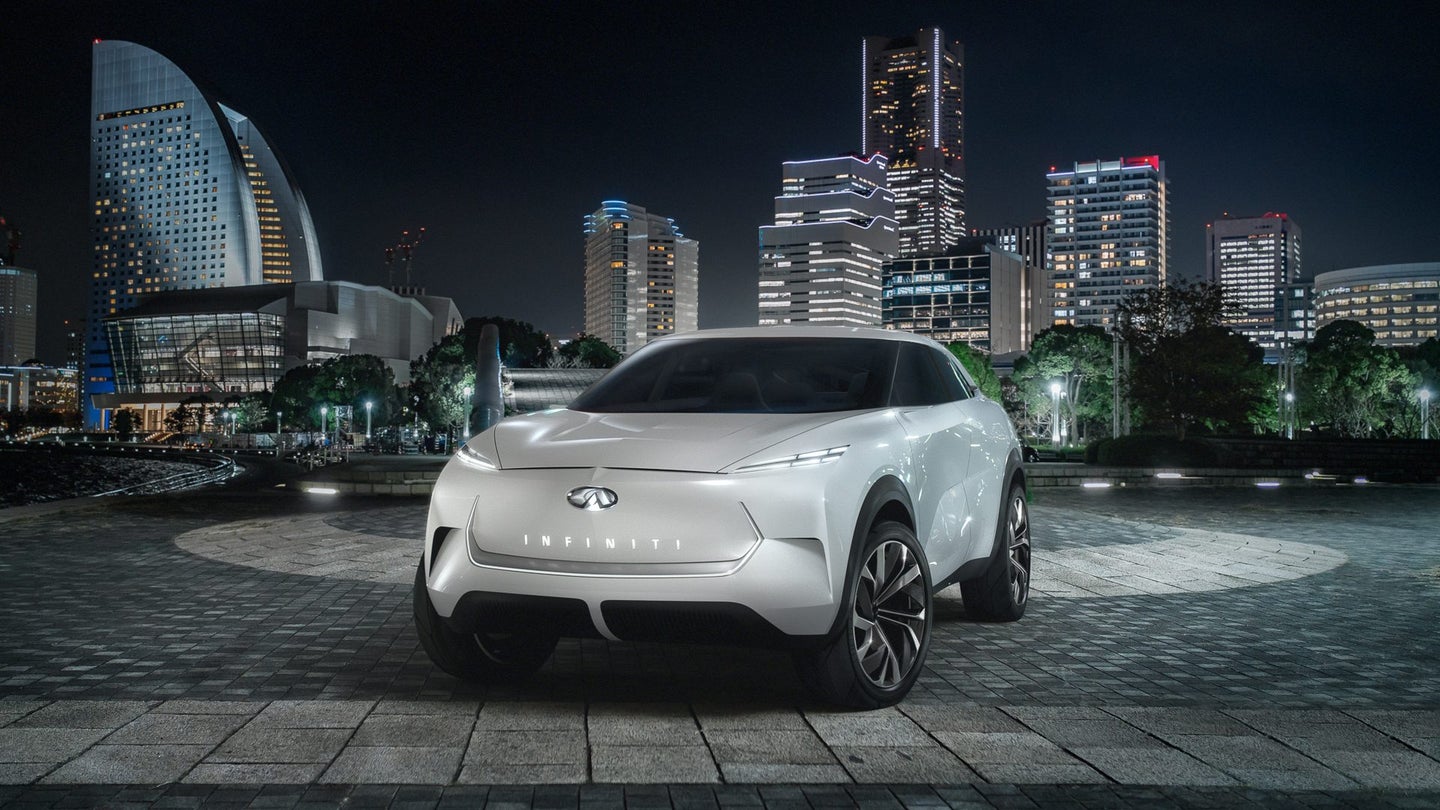 Infiniti had a gift to the public that it wanted to save for the 2019 North American International Auto Show, but it simply couldn't resist tearing the wrapping off its QX Inspiration concept a few days early.

First teased in December, the Infiniti QX Inspiration concept is a design study vehicle meant to represent the future of the Japanese automaker's design, specifically with regard to high-performance electric vehicles (EVs). According to Infiniti, electric powertrains' different packaging requirements allow space to be freed up in an EV's interior, making interiors more cavernous and "lounge-like."

Infiniti went out of its way to outfit the QX Inspiration's interior using traditional, handcrafted techniques, with design informed by the Japanese principle of "omotenashi," or hospitality, which is a buzzword also favored by Lexus. Despite being a focal point of the concept vehicle, the interior is the one thing Infiniti has yet to show of the QX Inspiration, releasing only two exterior shots on Friday.

As a concept vehicle, Infiniti has not declared any performance or range specifications, but because Infiniti is a subsidiary of Nissan, it should be possible to come up with baseline estimates for range or performance using Nissan's other electric vehicles, notably the Nissan Leaf.

The current Leaf uses a 40 kilowatt-hour (kWh) battery to power permanent magnet motors on the front axle, where they generate 147 horsepower and 236 pound-feet of torque. Many electric crossovers are rear- or all-wheel-drive, making two powered axles likely for any production vehicles based on the QX Inspiration. Extrapolated from the Leaf's capabilities, 294 horsepower and 472 pound-feet of torque isn't an unfair estimate, though the same motors are good for 322 horsepower and the same torque as above in the Leaf Nismo RC.

At 40 kWh, the battery would be on the diminutive side for a vehicle as large as the QX Inspiration, though Nissan does make decent use of said battery's power, chugging along for about 3.75 miles per kWh. Nissan has stated that a larger battery—rumored to be 60 kwh—is on the way for the Leaf sometime this year, and such a battery would likely be capable of powering a QX Inspiration-sized vehicle more than 200 miles.

That's still unexceptional range compared to crossover rivals like the Jaguar I-Pace or Tesla Model X, but with a considerably smaller battery, any production-destined version of the QX Inspiration would likely be thousands of dollars cheaper than its competitors, provided its battery doesn't puff up to look good on a specs sheet against the Jaguar, Tesla, or myriad other electric crossovers coming out in the next two to three years.

Infiniti’s massive family-hauler gets points for comfort, spaciousness, and luxury touches—but feels two steps behind when it comes to in-car tech.