Apparently there’s some good mountaineering to be had in Detroit. 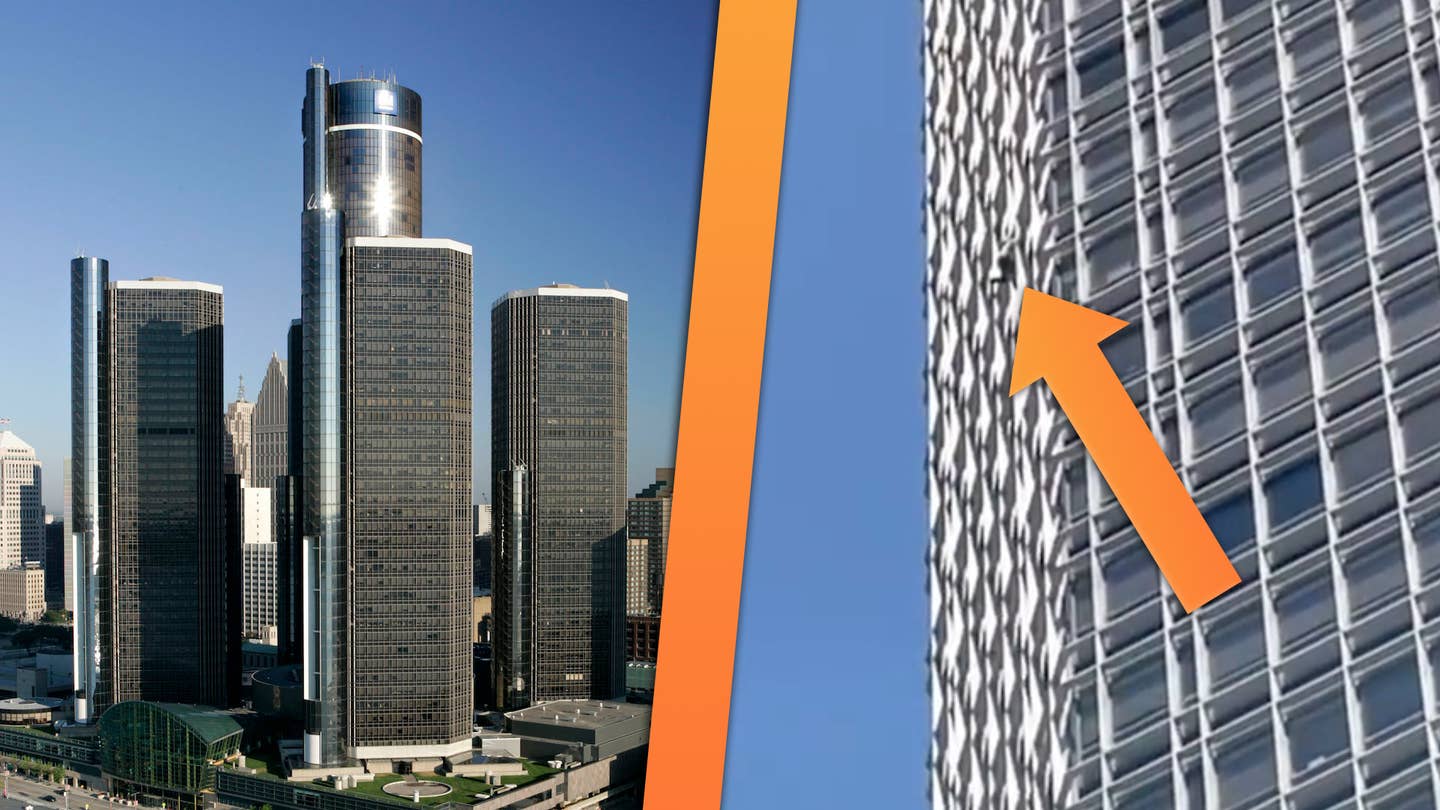 Police in Detroit have arrested an individual accused of climbing one of the buildings of the Renaissance Center complex—also known as the General Motors headquarters and includes the tallest building in the state.

The climber was spotted ascending one of the towers surrounding the facility's main 73-story, 727-foot skyscraper Sunday afternoon, according to a local ABC affiliate. They were seen by ground-level observers, one of whom was the ABC affiliate's meteorologist Kevin Jeanes, who hastily recorded the event on his smartphone, using its zoom to its fullest capability. While it's not clear from the video whether the climber was using safety equipment, they were reported by M Live to have made the journey without safety gear, making it a risky free climb.

Free often comes at a price though, and in this case, the cost was attention from police, who reportedly took the climber into custody at the top. Authorities are apparently interrogating the climber for a motive and will share further information as it becomes available, per the ABC affiliate.

While it's tempting to imagine this climb fits a Mission Impossible-esque narrative about industrial espionage, it's infinitely more likely that the climber's motivation was a simpler, more human one. Before famed mountaineer George Mallory attempted his ill-fated Everest summit attempt, he offered a plain justification for risking his life to summit the world's highest mountain: "Because it's there." GM's headquarters may be no Everest, but it's a monolith to Michiganders all the same, and thus evidently worth conquering.

Detroit's Renaissance Center isn't the first skyscraper to be scaled in recent news. Just a few days ago, someone was arrested following their free-climb up Salesforce Tower in San Francisco, California. Salesforce Tower is over 1,000 feet high, so it's quite a bit taller than the Renaissance Center. Still, though, I'd like to remind you that free-climbing any building is very dangerous and pretty illegal, too. There are other ways to feel a rush or make a statement.

The owner has been given 90 days to demolish and clear the 40-acre property.

The Drive sat down with the filmmaker to talk Broncos, the great outdoors and where he keeps his Oscar.