You can’t build pickups if you don’t have the parts, sadly. 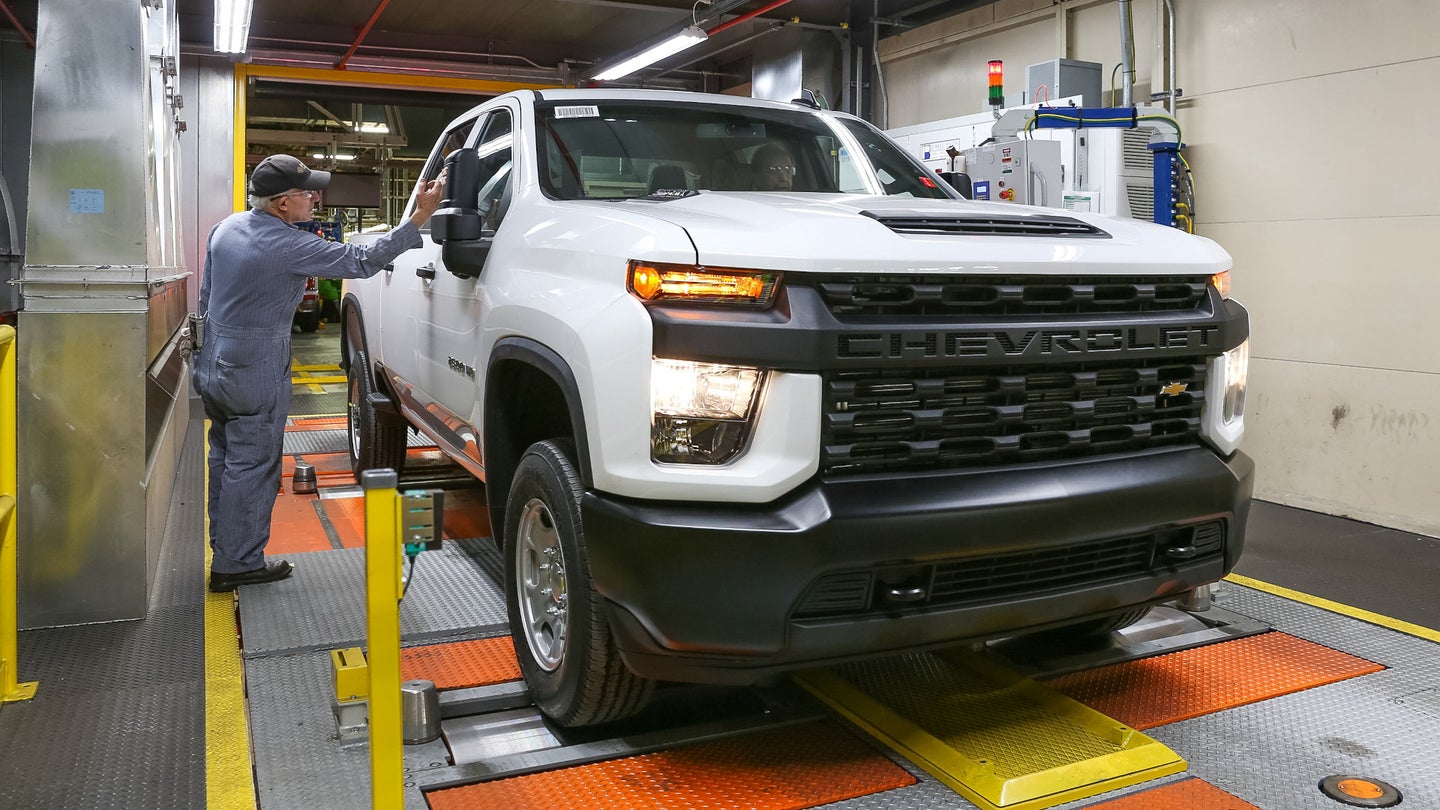 If you're an automaker, the number one thing you should be doing is keeping your factories humming, twenty four hours a day, seven days a week. If demand isn't there or you don't have parts, you have to send people home and leave expensive equipment doing nothing, which is terrible for the bottom line. GM doesn't have much of a choice at the moment, however, as it idles its full-size pickup production lines due to the ongoing chip shortage, reports the Detroit Free Press.

GM will scale back production at several plants, as there simply aren't enough parts to build trucks around the clock at the moment. Flint Assembly will go down to one shift for the next week, while Fort Wayne Assembly will be idled during the same period. Silao Assembly in Mexico will also idle next week, with all three plants hoping to return to normal operations on August 2.  The factories are responsible for building GM's full-size pickup trucks—the Chevrolet Silverado and GMC Sierra. These make up a major portion of GM's sales each year, so the effect of the closures will be keenly felt over the coming months.

Thus far, the company has mostly been able to keep its highly-profitable pickup trucks in production, but the ongoing shortage has finally brought matters to a head. Regarding the shutdown, GM spokesman David Barnas stated the issues "...are being driven by temporary parts shortages caused by semiconductor supply constraints," noting that the company "expect it to be a near-term issue." It's not just pickups affected, either. GM is also idling four plants that build its midsize SUV offerings for two weeks this month according to reports from the Detroit Free Press last week.

You can't accuse GM of not trying to work around the issues, either. Features on GM's vehicles have been stripped back in a desperate attempt to ship product. Thus far, we've seen the automaker drop HD radio options, auto start-stop systems, and wireless charging from various models. Customers wanting to secure a new truck will in many cases have to either settle for less equipment, or wait until the supply issues subside to secure a fully-loaded vehicle.

Reportedly, GM has parked around 15,000 semi-completed vehicles while they wait for parts to become available. The modern auto industry is heavily optimized for just-in-time production, which considers this a sin up there with passing gas in an elevator or throwing up in church. Vehicles sitting around don't make the company any money, after all, and actively cost money to keep in storage. Unfortunately, the given market conditions aren't giving GM and other affected automakers much of a choice in the matter.

Expect more of the same going forward as stocks of crucial parts run dry at various automakers in the coming months. With demand high and the pandemic still raging around the world, it will likely be some time before the situation stabilizes. In the meantime, if you work at a major automaker, maybe grab a round of coffees for the purchasing department. Unlike the idled factory workers, they'll surely be working late for a while yet.