What’s an Old Car Feature That Could Never Exist Today?

Be it because of new laws or learned lessons, there are some things you just won't see in a car again. 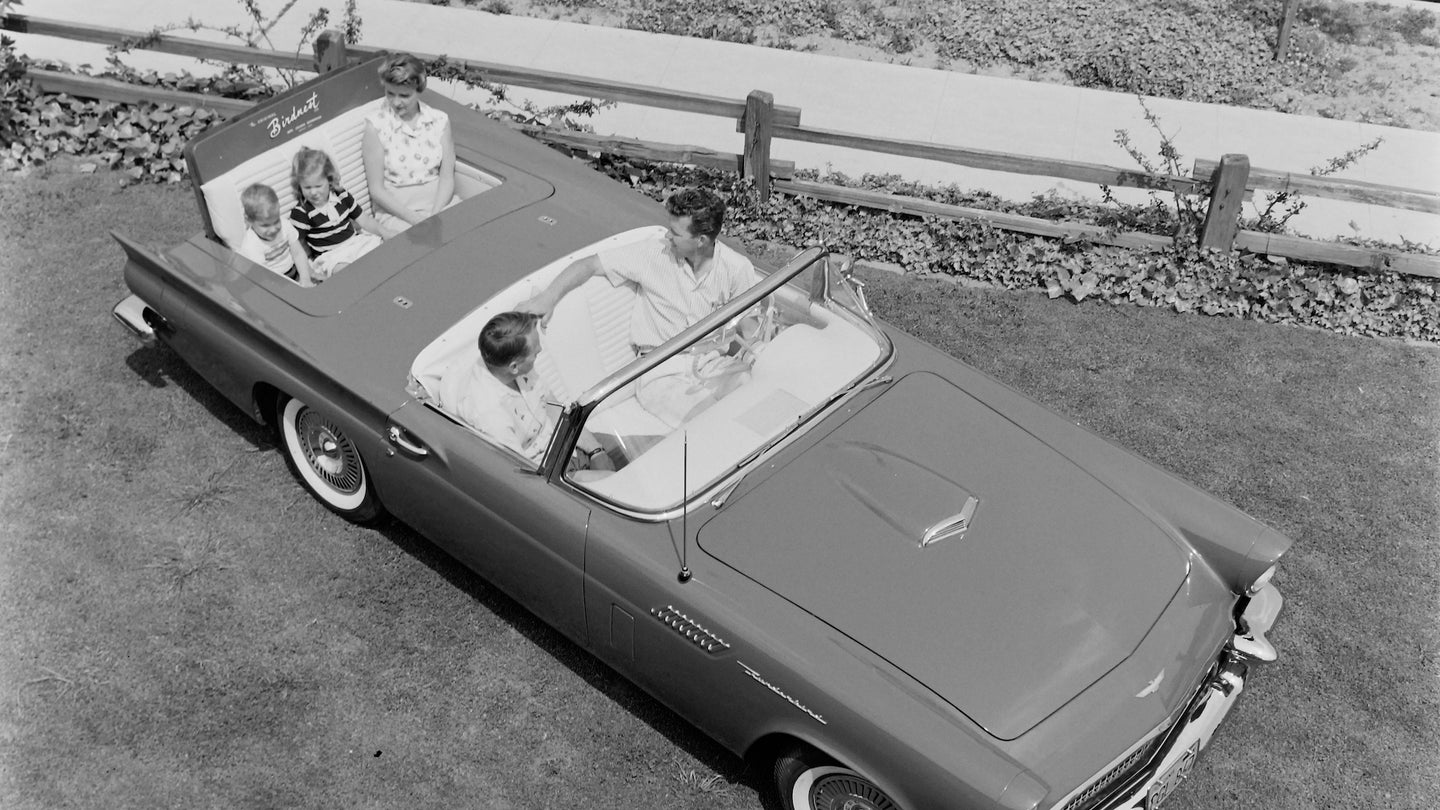 Throughout history, innumerable novelties have made their way into cars, only to be retracted shortly thereafter. Some have gone by the wayside because they didn't make any money, while others were abandoned only after becoming illegal—that's your cue, NHTSA. Today, we'd like to talk with you guys about features like these. Ones that, no matter how much we may want them, we can't see coming back in the era of things like crash safety ratings. So tell us:

What extinct car features could never make a comeback today?

Aside from factory glovebox liquor sets and smoker windows, the first thing to come to my mind is the rumble seat, sometimes called a dickey seat or mother-in-law seat. They were a carryover from horse-drawn carriages with folding body panels (sometimes the trunk lid) that could pop out so more people could ride along. They were almost gone from cars by the 1950s for obvious reasons; they weren't comfortable or safe even at modest speeds, and those only became bigger issues as cars got faster. Rumble-sitters had to trust the driver not to bounce their car over railroad tracks at highway speeds, and pray not to arrive at their destination with faces pockmarked by bugs and stones.

Of course, rumble seats are absolutely the type of feature people like us would be excited to see return in 2021, though they're not something I ever expect to see in a new car. That is, unless some EV startup decides they're the right gimmick to snag a multibillion-dollar IPO evaluation.