He was inspired by WWII dogfighters, of all things. 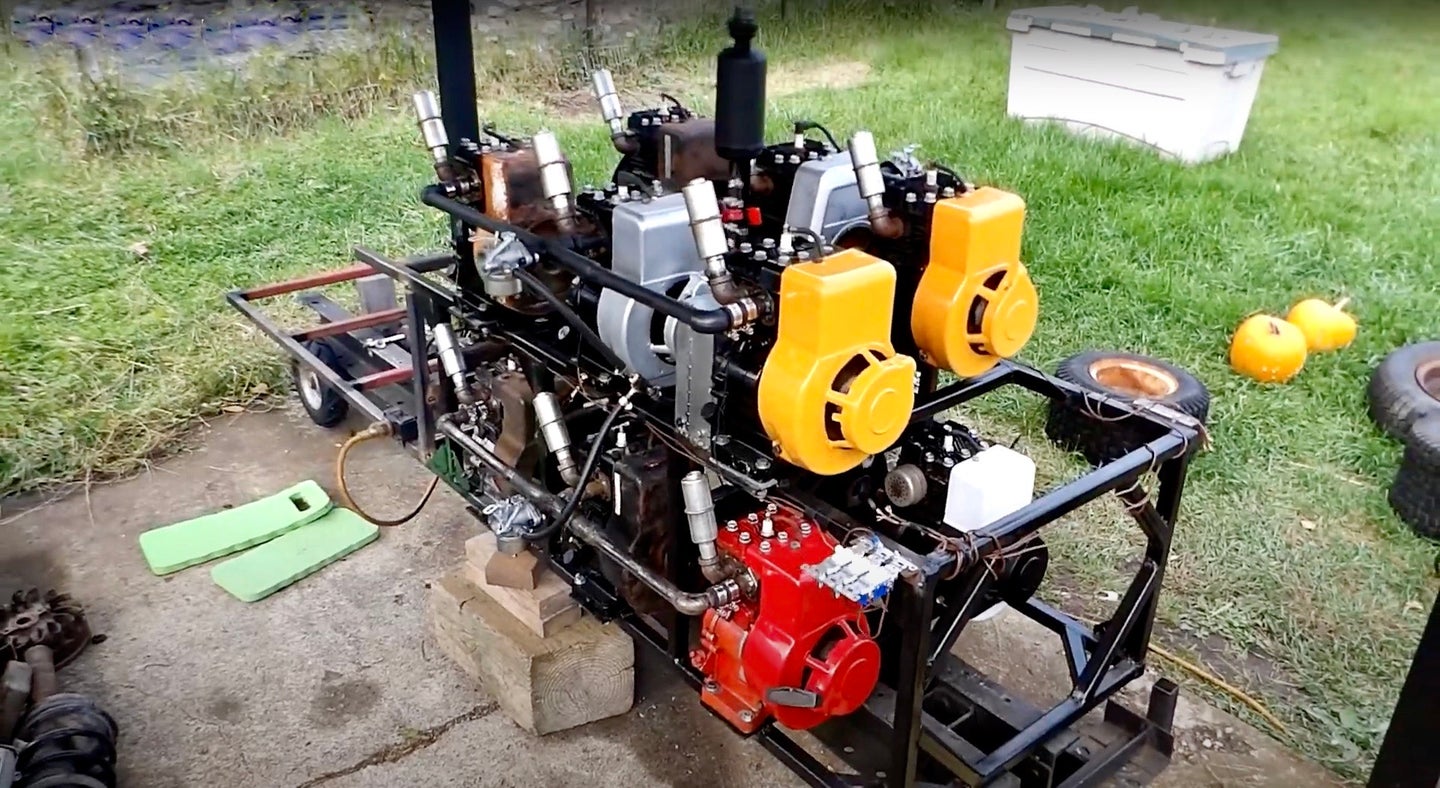 "H" engines are basically two flat engines stacked on top of each other. An H12, for example, is two flat sixes, an H24 is two flat twelves, and so on. But when I say basically, there's actually nothing basic about these Rube Goldberg-inspired motors. Only ever finding popularity in aircraft, the H-configuration engine is something of an oddity, which is why it's even stranger that Youtuber ChargerMiles007 decided to make an H12 out of Briggs and Stratton's trusty five-horsepower, single-cylinder motors.

The 29-week-long project was no simple task, and it was full of complications and setbacks. It started as a way to help pass the time during the pandemic, and it finally roared into life a few days ago. Inspired by the Napier Sabre engine from the Hawker Typhoon and Tempest fighter planes, the creation is massive, unorthodox, but most importantly, it works.

The reason why H engines aren't more popular is their complexity. The primary issue is that the two banks of cylinders do not share a common output shaft, so they must be somehow geared together. This creation, however, does not have to deal with this issue. Each of the small engines has its own output shaft, and the easiest way to join them together, as he decided six months ago, was with a series of chains.

After building the colossal frame to house all of these engines (sourcing the motors themselves was not an issue) and sorting out all of the foibles related to it actually running, the mechanical masterpiece wouldn't turn over. It finally came to life with the help of two automotive starters, and despite being timed to fire evenly and smoothly, the engine still makes a tremendous racket thanks to its chain drive system.

While this may seem like an impressive yet albeit odd way to spend one's time, this is only one of the projects ChargerMiles has done. We've covered his handiwork before on The Drive, and we certainly expect more to come out of his channel as the pandemic continues. He's never running out of ideas, and his small yet dedicated audience is always present to egg him on.

Five horsepower wasn’t enough to bail them out of this mess.