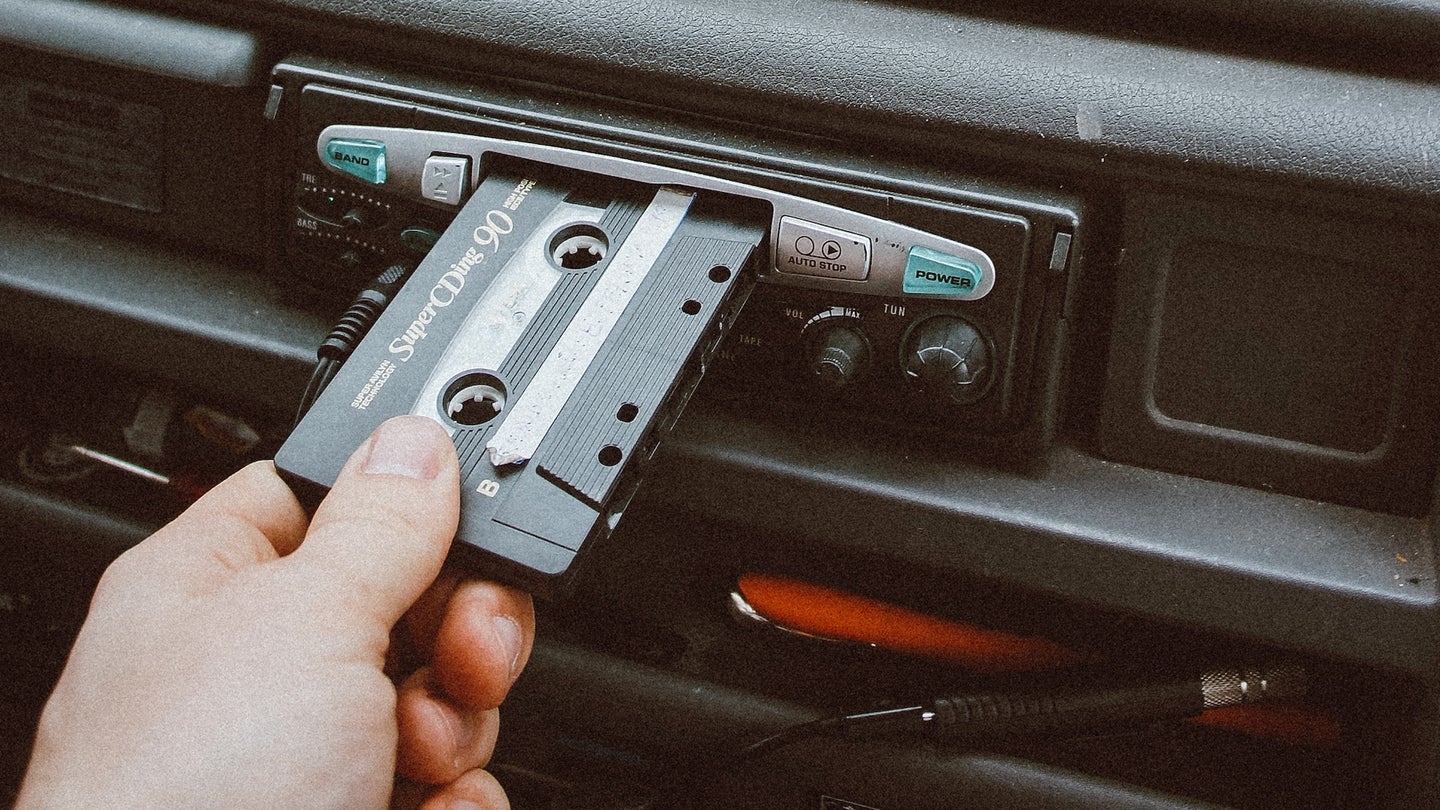 Everyone participates in car karaoke—admit it. My first car had an AM-radio only in the dash and my dad ripped it out to replace it with an upgraded Alpine system. The wiring would sometimes shake loose on the northern Indiana roads, so I imagined myself a teenage electronics wizard when I successfully twisted them back together to get it working properly.

Guns N Roses’ Appetite for Destruction was in the tape deck, and that suited the land yacht of a Dodge Aspen I was driving at the time. Later, Megadeth and Metallica filled the cabin of my 1986 Buick Century with sounds in an anachronistic way. I’ve come to think of every vehicle as a vessel for a particular song or genre, much like a wine and cheese pairing. Pinot Noir goes with Gruyere; Norah Jones goes with a brand-new, sleek Toyota Avalon; and BTS’ “Dynamite” is a great match for the peppy Kia Seltos.

If you’re an audiophile, music transports you faster than a uranium-fueled DeLorean back to a particular place and time. So, this got me thinking: what are your favorite car and song pairings?

“When I was in middle school, I squeezed into the front seat of a truck next to one of my many crushes,” Fadra Nally of All Things Fadra said. “He barely recognized my existence, but he played the song ‘King of Pain’ by the Police and now whenever I hear that song, I'm immediately back in that pistachio green 1970-something Datsun.”

While she goes by the moniker Motorhead Mama, California-based blogger Amelia Dalgaard recalls a time when hip hop spiced up her ride.

“As a teenager, I bought myself a 1981 Saab 900 Turbo. She was a limited-edition, manual-transmission rocketship; her speed was almost as impressive as her ability to break down at a moment’s notice. When she did run, specifically during summer vacation between high school and college, my record of choice was to De La Soul’s 3 Feet High and Rising.

“Between the satisfying purr of a downshift and the thrill of the turbo whiz, that Saab became an accompaniment and the perfect backdrop to the record’s incredible mixes and hilarious lyrics. Timing my run through all five gears to the beats was my favorite pastime. This was the perfect album for that summer, because it was just jazzy enough to not piss off my preppy Connecticut neighbors as it blasted through my sunroof. Plus, it was cool enough to remind me that someday I would leave that place for broader horizons.”

Tell me what your favorite pairing is, but just for fun, here's a sample list of cars that I'm curious to know what will go well with them.