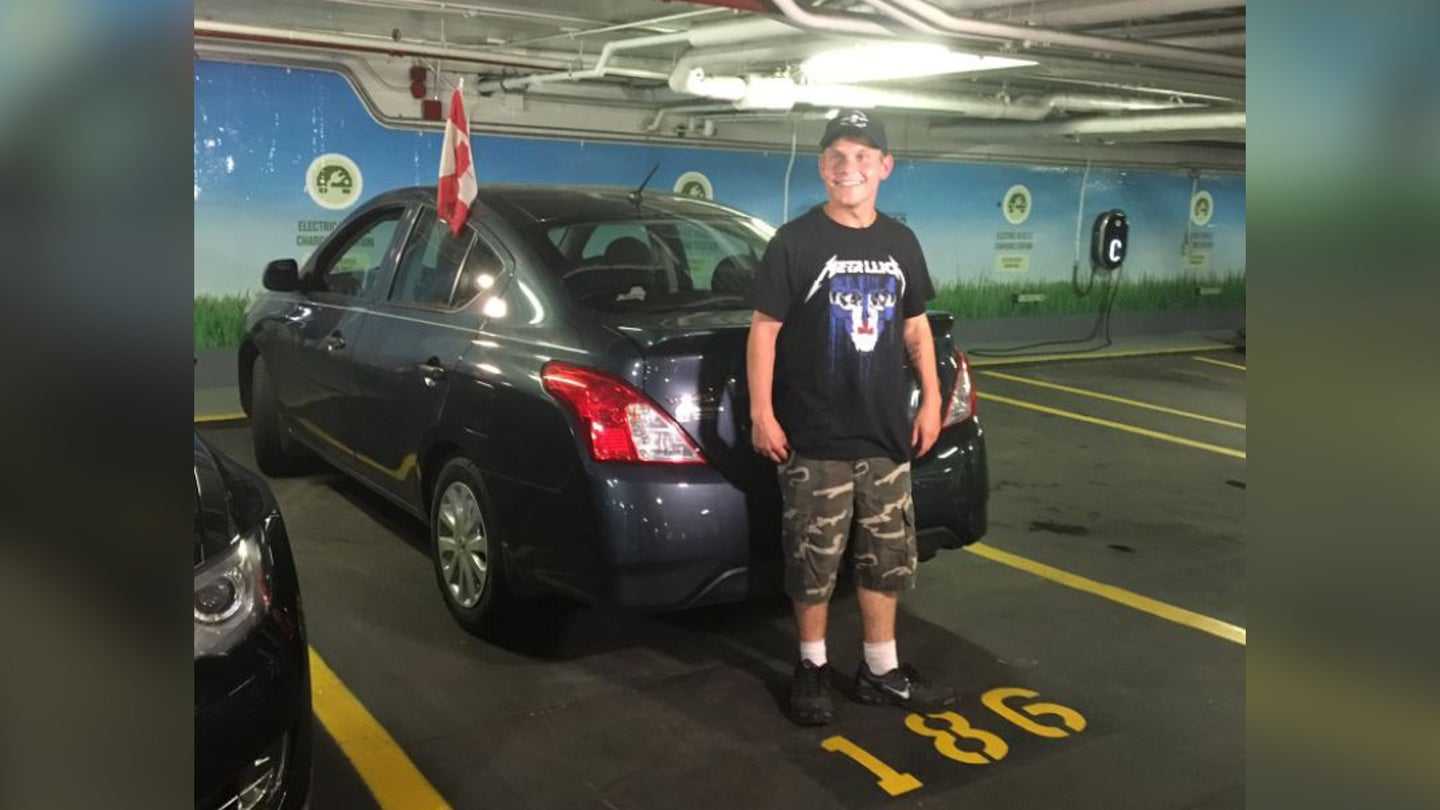 A teenager from Syracuse, New York has finally been reunited with his Nissan Versa after he drove to Toronto for a Metallica concert on Sunday and forgot where he parked afterwards, sparking a weeklong internet and real-life scavenger hunt when his father posted a Craigslist ad appealing for help.

According to the Toronto Sun, 19-year-old Gavin Strickland was in such a rush to make it to the show on time that he didn't note the location of the underground parking garage where he left the Versa. Upon exiting the show, he realized he had forgotten where the garage was and spent the rest of the night searching before giving up and taking a long, long ride on a Greyhound Bus to face the wrath of his parents.

"I told him, 'don't come back to the U.S. without a car!'" Gavin's father Eric Strickland said, according to Syracuse.com.

But then the elder Strickland had an idea—why not harness the power of the internet? So he made this fateful Craigslist ad (reproduced below if it's pulled down) laying out all the details his "doofy son" could remember and asked for assistance. And like the good Canadians they are, Toronto residents came out of the woodwork to help.

Going off an extremely vague set of details ("It is near a Starbucks where there is some construction going on. Also nearby is allegedly a strange spiral outdoor sculpture, and possibly a bank"), people canvassed the city all week searching for the wayward Nissan Versa. On Wednesday night, Madison Riddolls and her boyfriend were searching for fun after hearing about the situation on Facebook and discovered the car at an EV charging station in a garage underneath the TD Bank Tower, a fifteen minute walk away from the Rogers Center where the concert was held.

"I think we watch too much Criminal Minds," Riddolls told the Toronto Star.

She notified the Strickland family, and Gavin got back on another Greyhound Bus (punishment in its own right) to retrieve the car and enjoy his newfound fame up north. The company that runs the garage reportedly decided to waive the fees for the three extra days and gifted him a Tile mobile GPS tracker so he can always find his car. For his part, he claims in a tweet that he was not drunk or high when he "misplaced" his car, just confused by the big city. Either way, according to his parents his days of driving to concerts like this are numbered.

"I paid for the thing, spent $10,000 on it about a year and a half ago so I’m glad I found it, yeah," Eric Strickland said to the TorontoStar.

All she had to do was put it in Park and turn off the car off.