Unless you buy a heavy-hauling work truck, your music collection had better be digital. 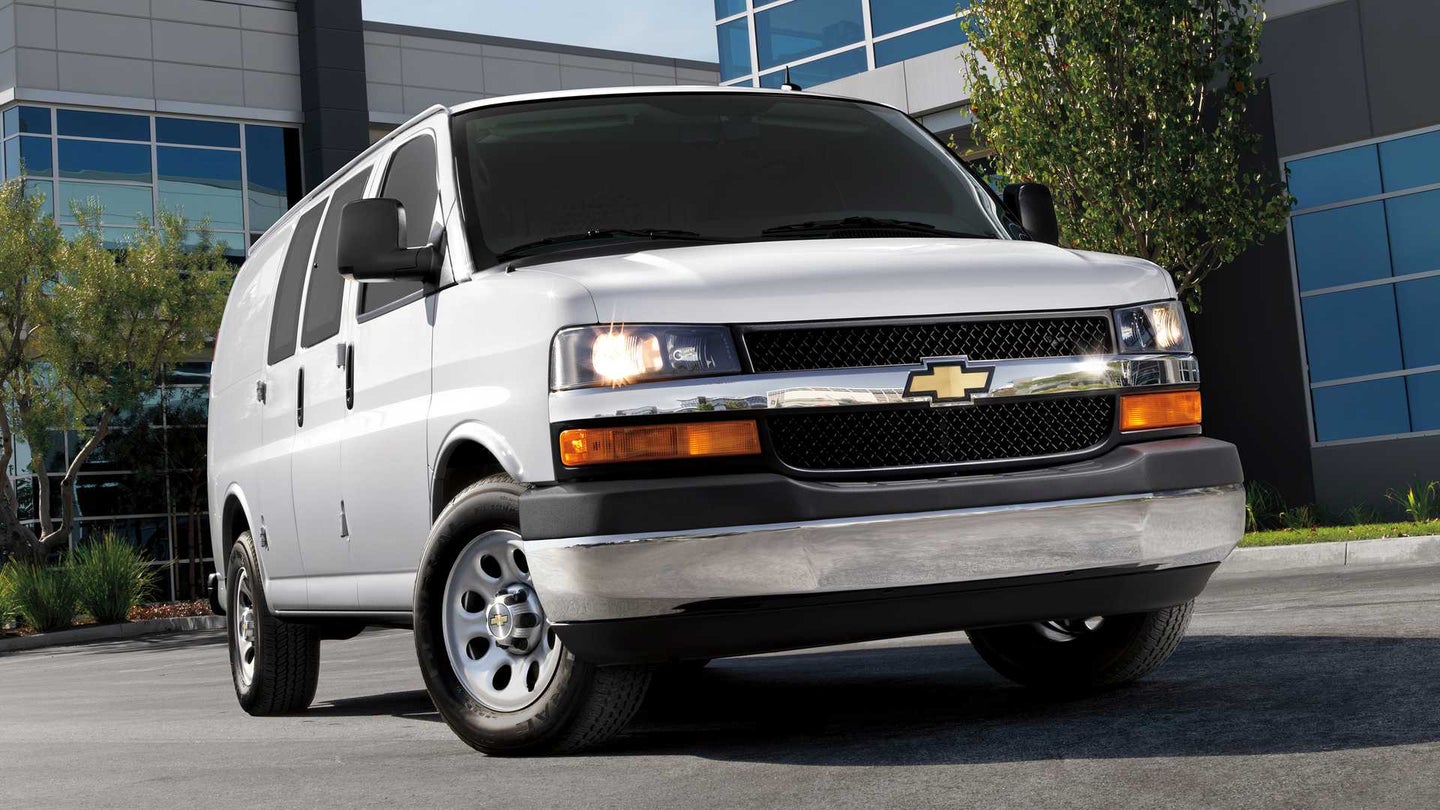 CDs are going the way of the cassette and eight-track before them, and that's been true for a while already. Best Buy stopped selling 'em in 2018 and few cars these days can even play them, probably because Apple CarPlay and Android Auto exist. As further proof, General Motors no longer sells any normal passenger vehicles with a CD player as it just yanked the option from its 2022 Chevy Express and GMC Savana vans.

This sad but unsurprising news was highlighted by GM Authority. CD players had already been wiped from the Chevy Tahoe, Chevy Suburban, GMC Yukon, and Cadillac Escalade for the current generation, leaving the two aforementioned vans as the lone models carrying the torch. Understandably, it just doesn't make sense anymore for GM to offer the feature since so much music is solely digital these days—or, perhaps ironically, on vinyl.

To be clear, GM does still sell some vehicles with CD players, but they're not what anyone here would call practical for simple daily commutes. The new Chevy Silverado 4500HD, 5500HD, and 6500HD, as well as the badge-engineered Low Cab Forward trucks, can indeed play yesteryear's hits without the aid of Bluetooth or a USB connection. I'm not sure if you wanna go that far just to listen to Matchbox Twenty when your phone's dead, but not my call to make, either.

Should you want a new Chevy but not a newfangled smartphone with 5G—or, really, just a somewhat modern iPhone—then you'll have to deal with what's on the radio. SiriusXM is pretty solid, but then again, you've gotta pay for it after the first three months. You're probably better off biting the bullet and ditching that Nokia.

It essentially aims to make every drive you take feel like you’re in a movie.

Big trucks get big screens and in this case, it works.

BMW’s short-lived decision to charge subscription fees for CarPlay continues to haunt owners who keep getting prompted to pay fees to restore it.