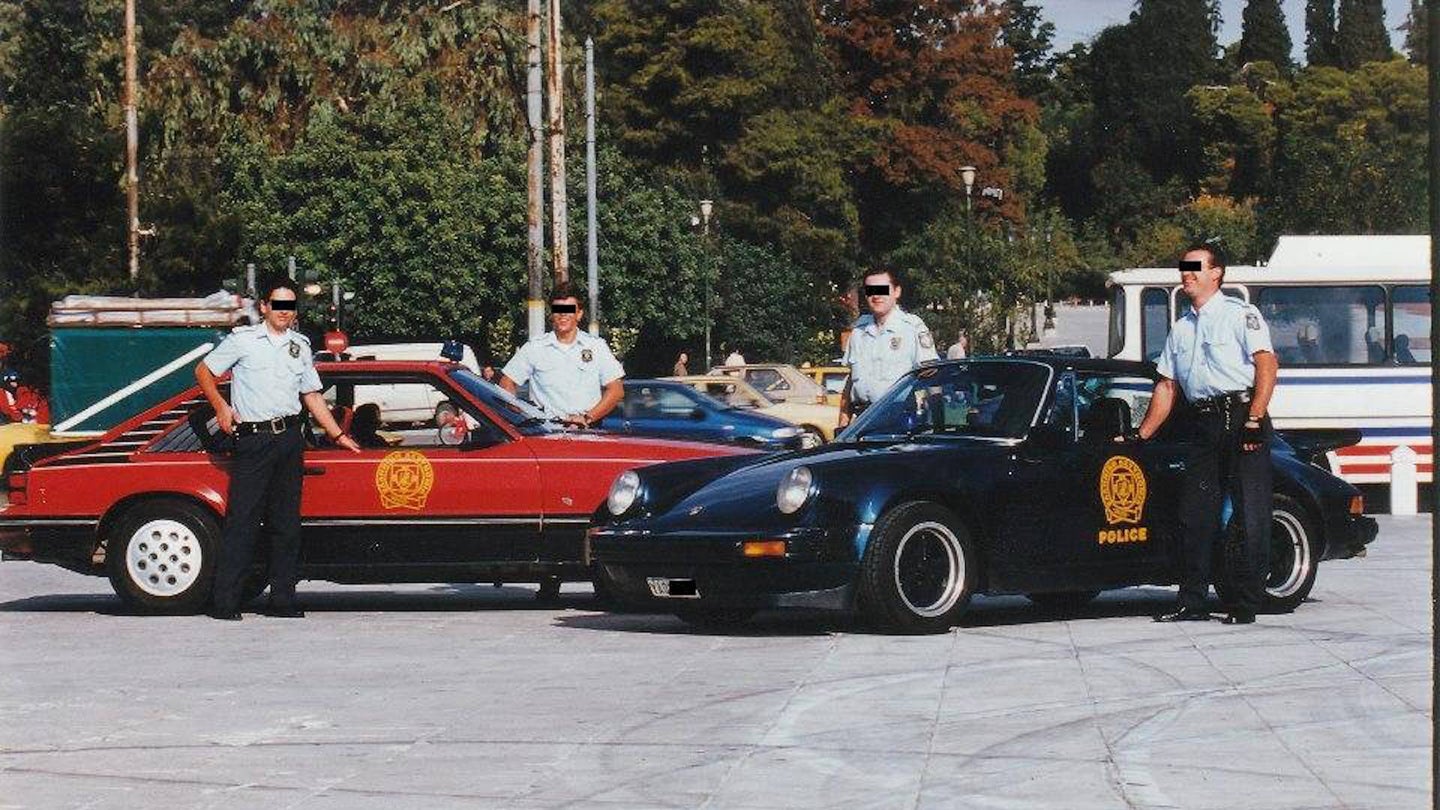 Though it may sound like the plot to a film you've seen before, cops tackling a spate of illegal street racing with the fastest vehicles money can buy was no Hollywood fever dream for the land of Greece. For a decade, the Mediterranean country's police had a special task force called Sigma Group, which was dedicated to shutting down street racing by chasing down perps with the fastest cars tax money could buy...or impound lots could provide.

Founded on July 1, 1995, according to a scanned police document, Sigma Group was quickly whipped into shape by the Niora brothers, a pair of officers who competed in Greece's Panhellenic Rally Championship. The unit outfitted itself with a mixture of high-performance cars bought new and others seized from criminals, resulting in a mishmash of police cruisers that could've made up many Europeans' dream garages at the time.

Based on archival photos, video, and miscellaneous histories of the Sigma Group, here's a list of the vehicles the force was known to have used:

Like all good things, the Sigma Group's time on this Earth was brief, and the division was disbanded around 2005. High operational costs and crashes (one of which claimed the group's 911 Turbo according to CarScoops) were reportedly behind the department's dissolution, though according to Huffpost Greece, the Sigma Group's history may not yet be over.

Greek authorities are reportedly considering reviving the Sigma Group by acquiring some 30 to 60 high-performance cars and training drivers to man them. The revived Sigma, however, would be more focused on intercepting organized crime than street racers, and if that reminds you of a certain movie starring Paul Walker, sound off in the comments.

Maine Man Steals a Town’s Speed Bump, and Police Are on the Hunt