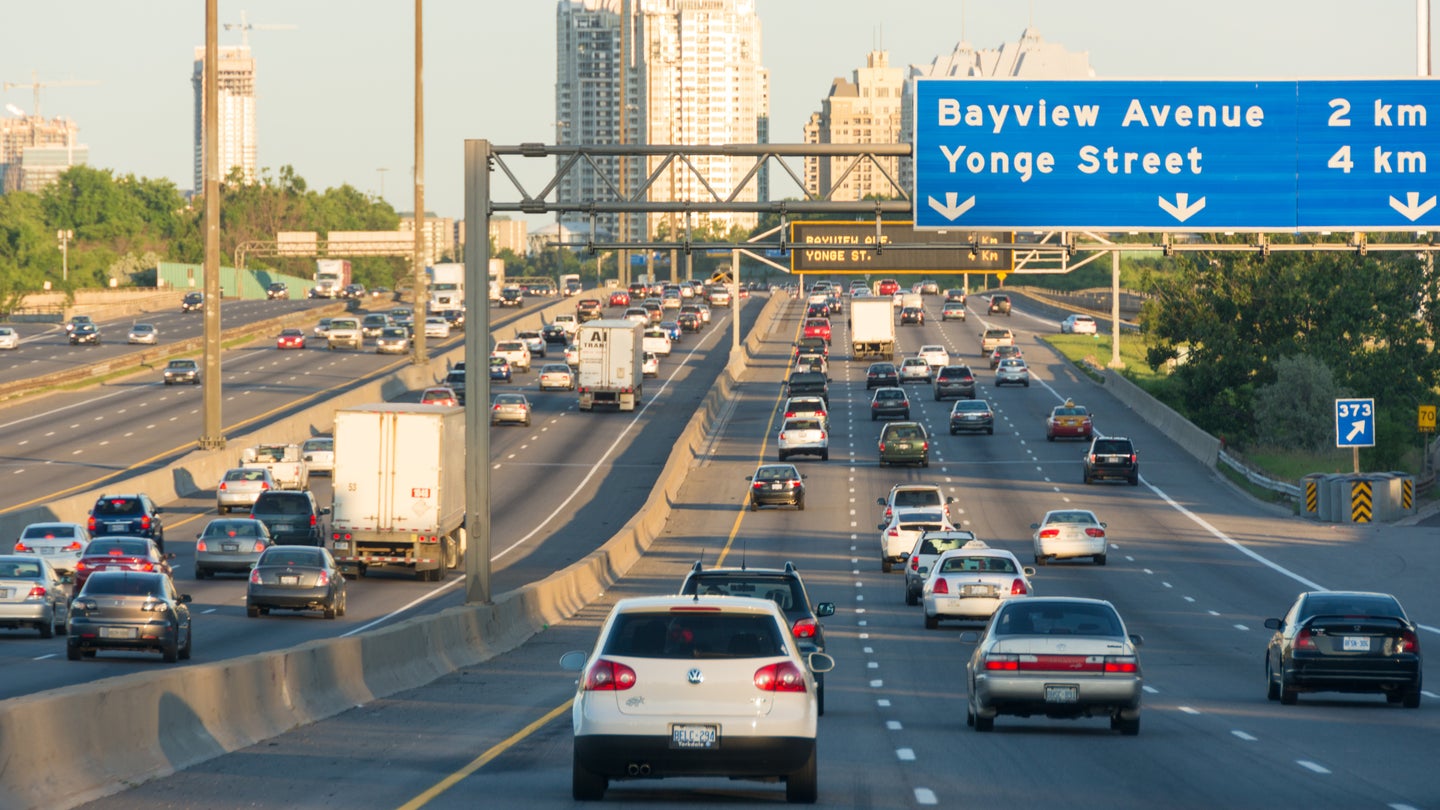 The left lane. Also known as the passing lane. Colloquially known as the move-out-of-the-way-or-I'm-going-to-be-late lane. More often than not, this lane is misused due to ignorance. For those who did not read their state (or in this case, province) driver's manual, the fast lane is meant for overtaking slower traffic. If you ever find yourself being passed on the right, then you are driving too slow. Other ways to know you are inducing road rage include being tailgated and having the car behind you repeatedly flash its high beam lights. At this point, you need to either speed up or move over to the right.

A Canadian driver supposedly did not get the memo. The 47-year-old woman was going just 40 kilometers per hour (that is less than 25 miles per hour for Americans) on a highway where the posted speed limit is 100 kph—two and half times that of which she was traveling. As if treating a busy freeway as a residential street was not dangerous enough, she was, you guessed it, in the left lane. Had this been during rush hour, she would have surely been the cause of traffic or a very serious crash.

According to CBC News, several motorists were quick to report the driver's questionable behavior. When the Ontario Provincial Police tracked down the vehicle in question, the driver refused to stop. It took two police cruisers, one behind and one in front, to safely pull the car over. Surprisingly, the driver was not impaired but rather bewildered. Although not detained, she was fined for slow driving, failing to obey signs as well as not failing to provide proof of insurance.

Meanwhile, on the other side of the border, more states are beginning to ticket motorists for driving below the speed limit. Since July, Nevada has made it illegal to drive below the speed limit in the left lane. Maryland and Virginia passed similar legislation earlier this year while North Carolina attempted to do so but failed. The general rule of thumb is if no speed limit is posted, then drive no faster than 55 mph. Driving less than the speed limit is not safer so please do keep up.