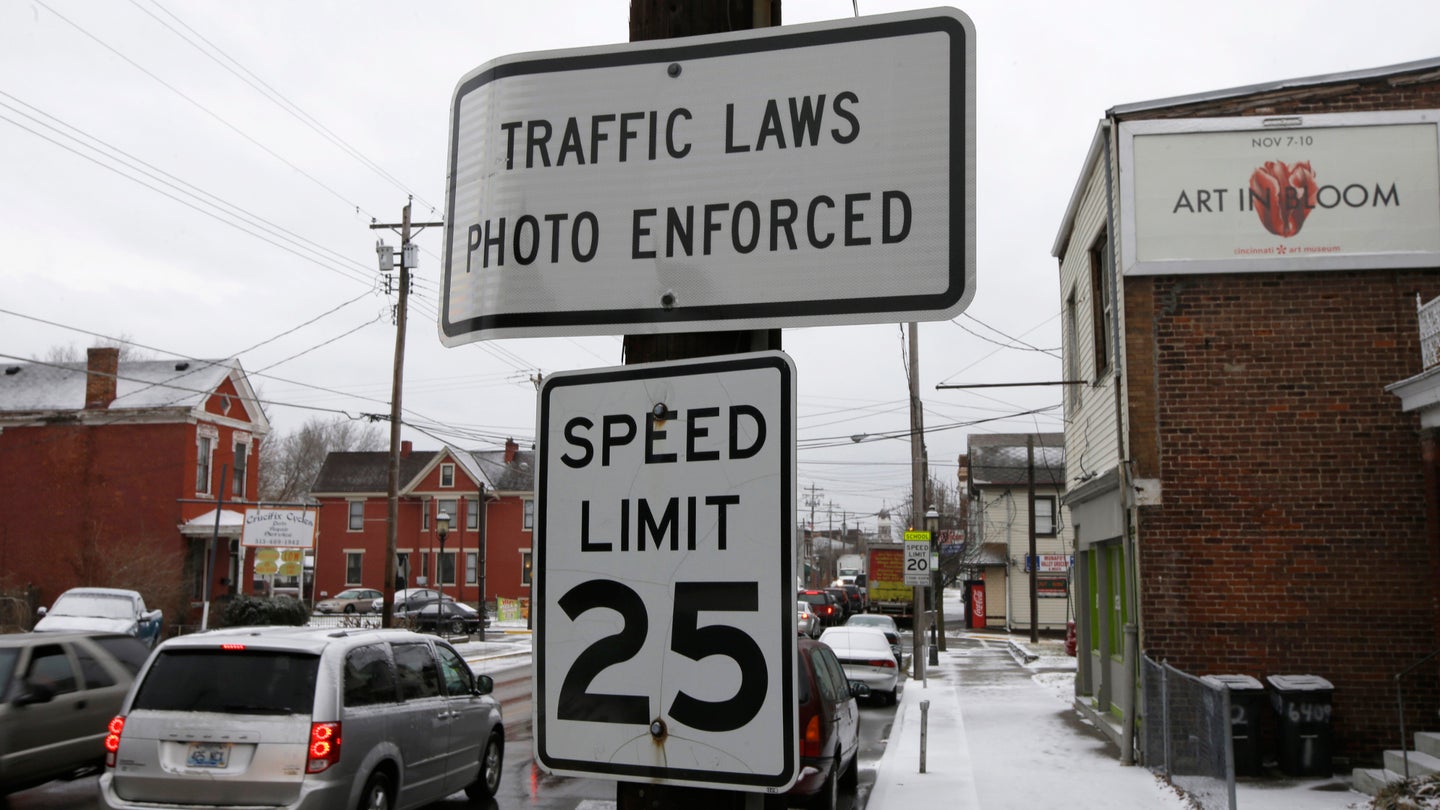 Every one of us who's ever received an unfair ticket—be it from an officer with a grudge or a miscalibrated speed camera—has dreamed of taking the fight to the highest and brightest stages in the land to prove our innocence. One lucky woman has managed to do just that, battling a $75 speeding ticket all the way from traffic court to the Iowa Supreme Court, reports NPR.

Back in February of 2015, 67-year-old Marla Leaf received the citation in the mail after a speed camera on Interstate 380 in Cedar Rapids, Iowa reportedly clocked her Ford Mustang at 68 miles per hour in a 55 mph zone. This irked her for two reasons. One, she remains adamant that she was not speeding, since it was icy that day. But more importantly, the city government had contracted the work of monitoring and maintaining these speed cameras to a private company, which she and her lawyer claim is a violation of both state law and the constitutional rights of ticketed drivers.

The cameras scan traffic and activate when they sense a vehicle traveling over 12 mph above the posted speed limit, at which point they take a picture of the rear license plate. All information is then passed on to a police officer, who decides whether to issue a ticket. James Larew, Leaf's attorney, argues that using a private company in police work is illegal. He's also pointed out that the camera system's inability to register semi-trucks—plus the fact that government vehicles in Iowa don't have rear license plates—raises basic questions about its efficacy and purpose.

For Leaf, though, the matter is a lot more black and white. She's never had a ticket in her life, and she doesn't plan to let this one ruin that streak. "Why should I pay for a ticket I didn't do?" she said outside last week's Supreme Court hearing, according to the Washington Post. "Why should others have to pay for tickets they didn’t do?"

So far, Iowa courts haven't sided with her, pointing to the officer review process and the ability to appeal in court as proof of the system's constitutionality. But Leaf caught a break earlier this year when the Iowa Supreme Court agreed to hear her case in combination with a suit involving five other drivers making similar arguments about Cedar Rapids's use of automated ticketing systems on Interstate 380.

The court will likely take several months to reach a decision, but Leaf does have a small advantage already. In March of 2015, just one month after she was ticketed, the Iowa Department of Transportation ordered several cities—including Cedar Rapids—to ditch their speed cameras over safety concerns. Cedar Rapids sued to keep them on (and the money coming in), and that case itself is still working through the appeals process. Iowa is the only state in the country that operates speed cameras on interstate highways.