Fieros Forever Michigan was a labor of love that took over six years to open—and now it's flooded. 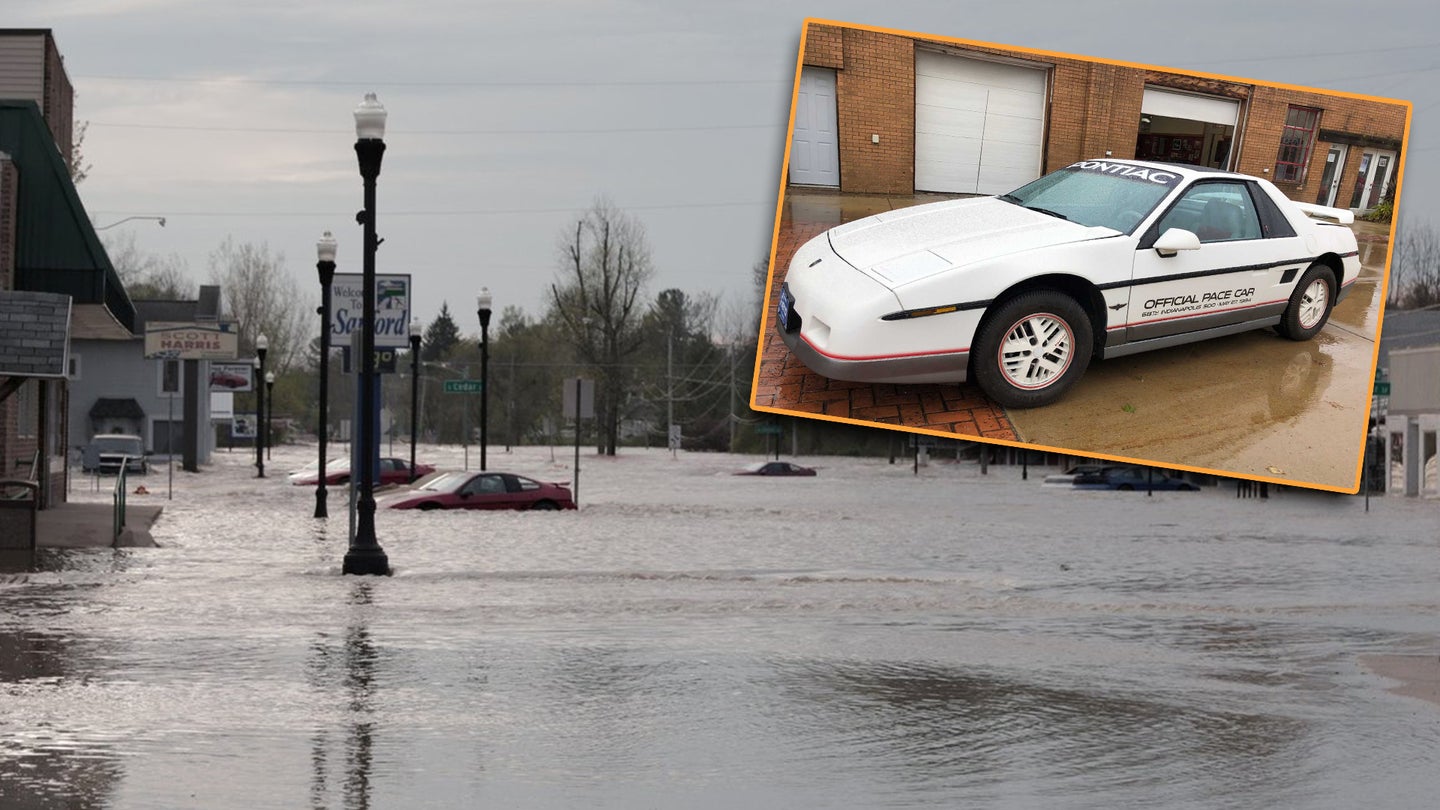 It's hard to see years of work get totaled in a matter of hours, but that's what happened to Tim Evans' Fieros Forever Michigan shop and museum in Sanford, Michigan after a dam broke and flooded his town earlier this week.

Evans told The Drive that he moved 12 cars from his incredible Pontiac Fiero collection as soon as he could to a spot on the street that had not flooded in the past. His garage had never flooded, either, and he was told that the dam for Wixom Lake upstream would never break, but he wanted to be safe. Unfortunately, that wasn't enough when the Edenville Dam for Wixom Lake failed, inundating Sanford and his shop with water.

Two dams failed on the Tittabawassee River, which led to historic high levels of flooding downstream, reports the BBC. The Edenville Dam collapsed first on Tuesday, sending water from Wixom Lake flowing over the Sanford Dam—and into the village of Sanford ahead of the Sanford dam. The Edenville Dam, which was built in 1924, had been given an unsatisfactory rating in 2018. Both dams were in the process of being sold to new owners.

Evans told The Drive that a call to evacuate the area came after the Wixom Lake around 6:30 in the morning. Many of his cars were left floating, including several museum cars that had recently been put up for auction. Evans said that he called the auctioneer today to cancel the sales, as he knows that nearly all of it will be in rough shape.

The museum was added to the back of the shop, where a pole barn from a neighboring lot slammed into Evans' building after it was lifted up by the flood surge.

The cars Evans kept at his museum were absolutely stunning, and included many rarities. There was a 1984 pace car edition, an IMSA race car, plus rare body kits. One was painted a rare shade of blue that appeared on just one of 4,400 out of the roughly 300,000 Fieros ever made. Of course, there were also four kit cars, including one for a Lamborghini Countach and another for a Lamborghini Diablo. The two-tone black over burgundy cars up for auction site are some of the shiniest Fieros I've ever seen. 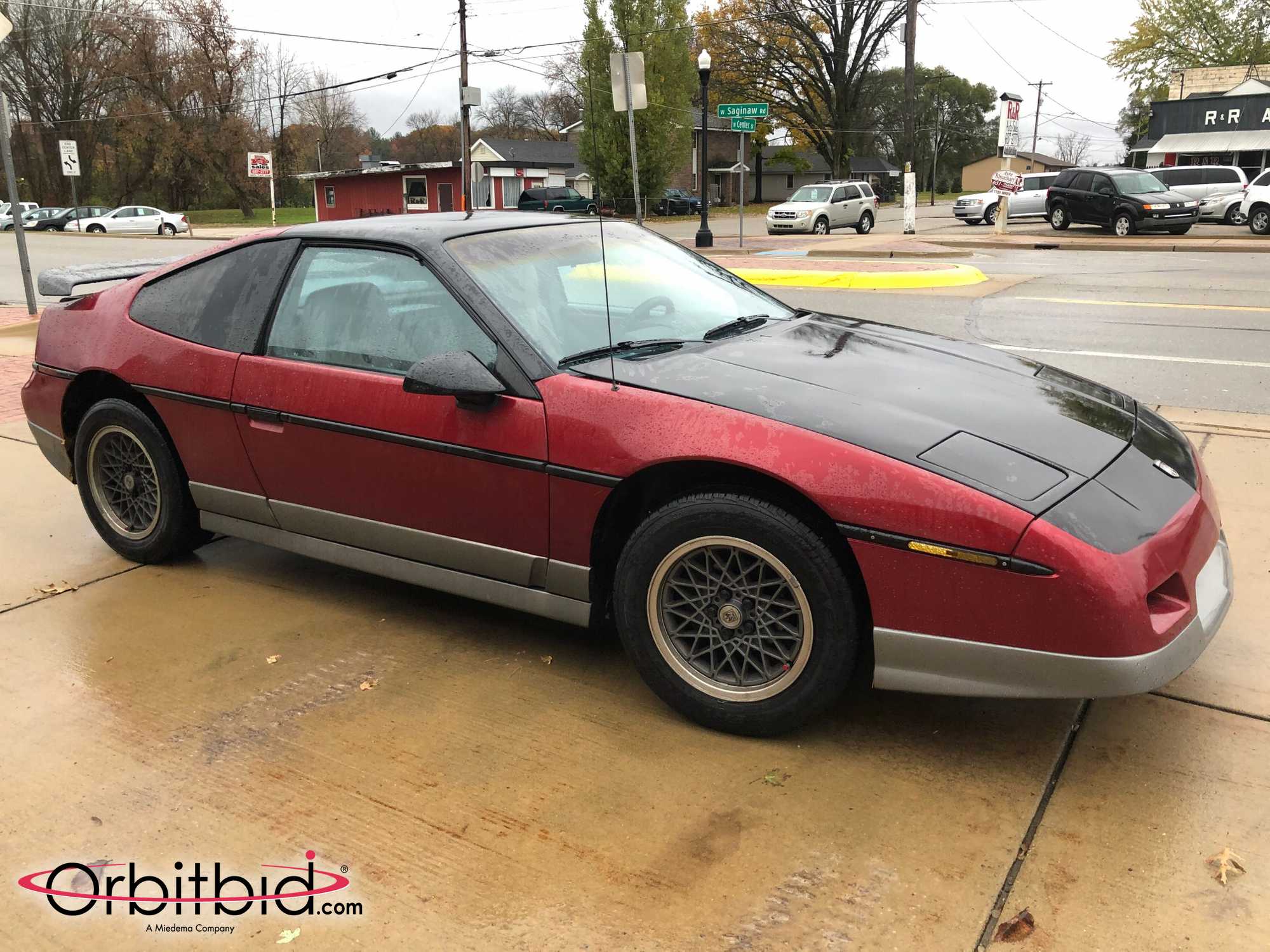 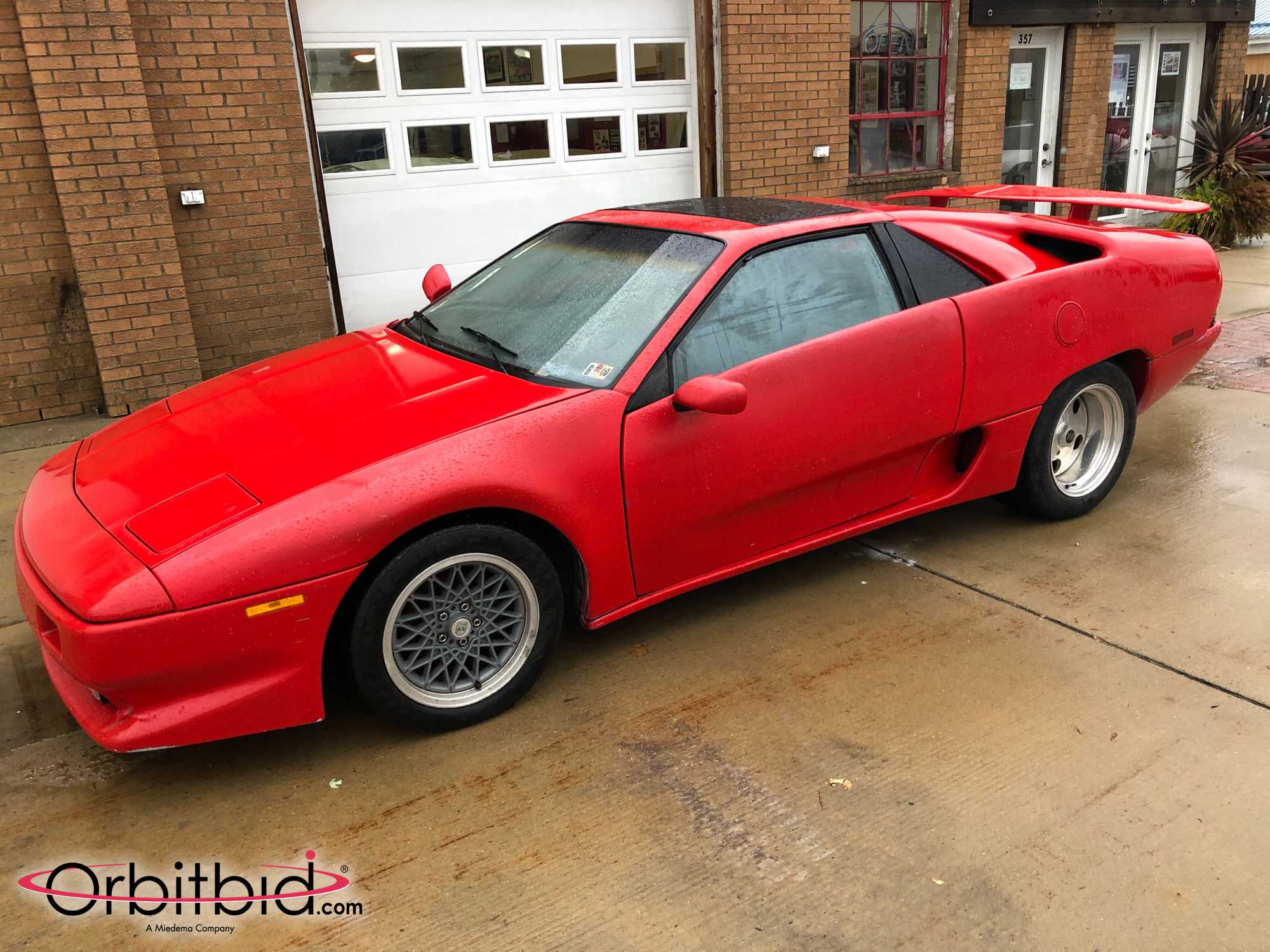 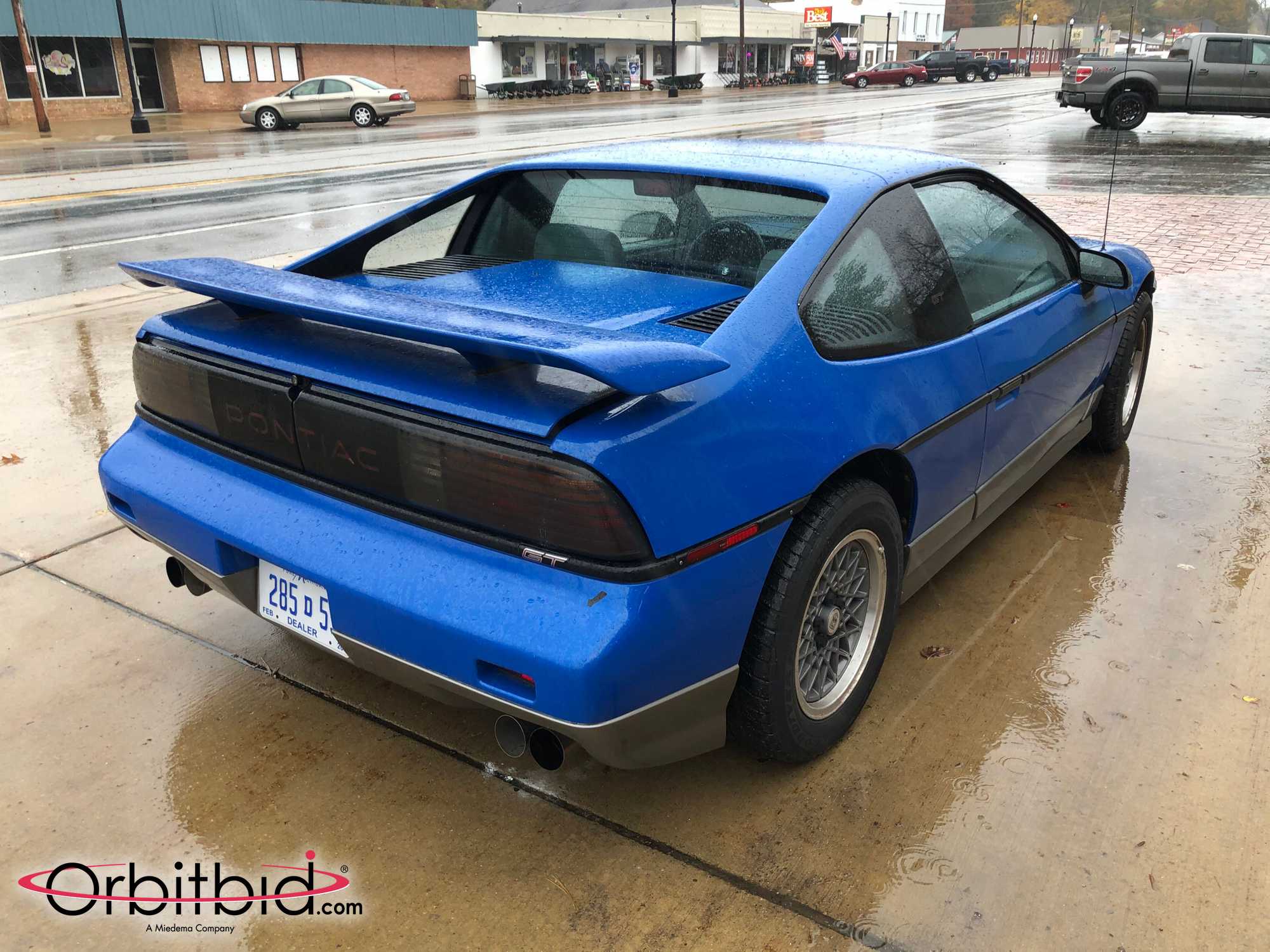 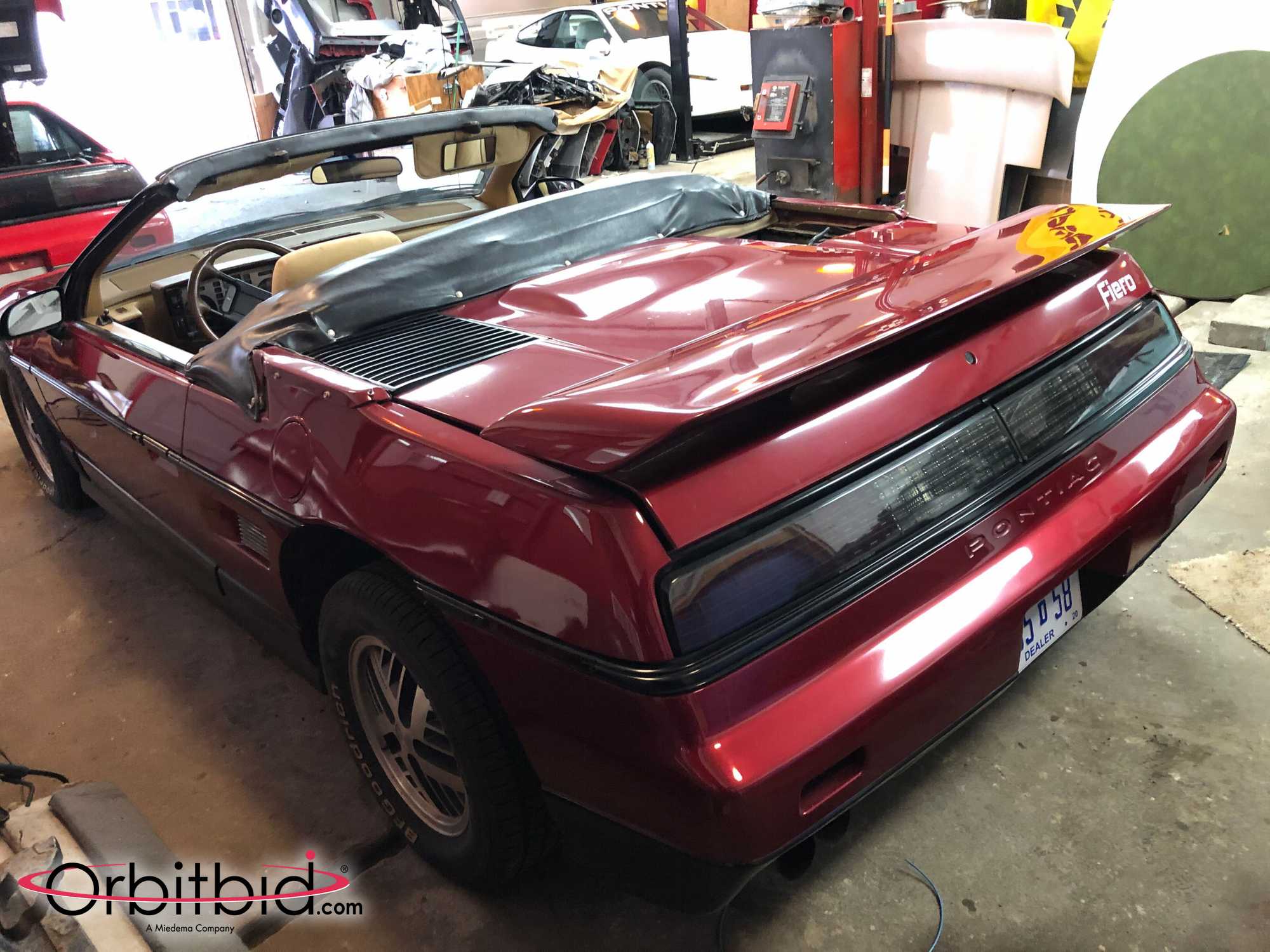 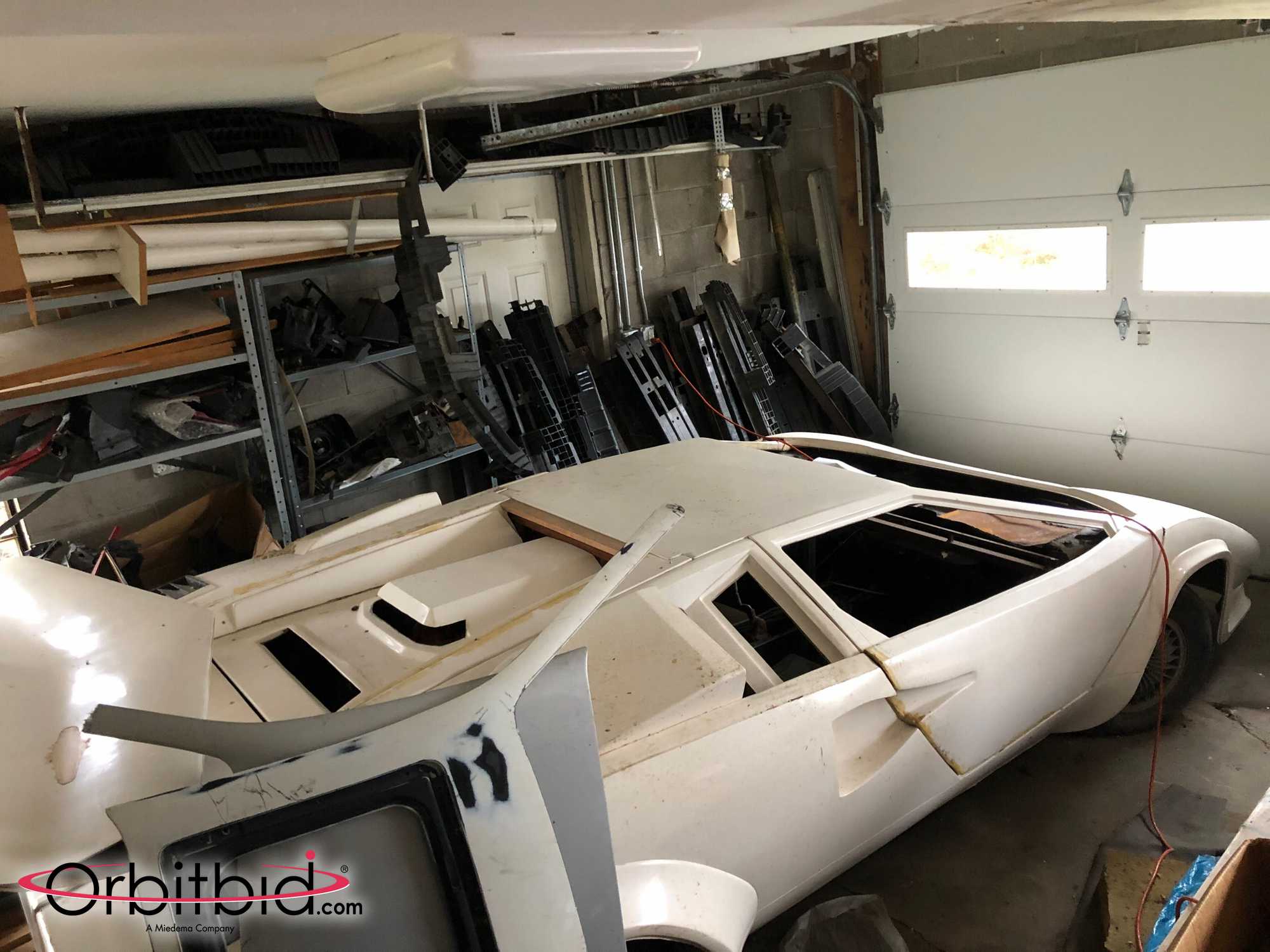 In addition to the cars, the shop had numerous parts for Fieros, including a one-of-one Fiero Cosworth Pontiac Super Duty 16-valve DOHC engine that was only ever installed in a prototype Fiero and a built 400-horsepower four-cylinder engine. There were so many parts in the garage to keep these eighties wonders on the road, including fenders, electronics, engines and trim, all of which may be flattened.

The shop attracted numerous General Motors employees from the eighties who worked on the Fiero, Evans told MLive. One car was even signed by Halki Aldikacti, the GM engineer considered to be the father of the Fiero.

Evans isn't sure how badly damaged his shop is, as he didn't want to try looking today. The area is still flooding, and Evans was told that around 8 feet of additional floodwater could be on the way. He originally evacuated to nearby Midland, but had to evacuate after they were notified that the creek surge could reach that town.

He was able to start and move some of the cars that were parked on the street, though, so that's at least a good sign. His house was mostly spared as well, save for a dock that came loose.

An earlier Google Maps shot shows the sheer number of Fieros in various states of repair around the shop in addition to the ones inside. It's a sad day for fans of GM's cool eighties midship sports car, but Evans is taking it in stride.