It’s home of the world’s fastest roller coaster, which rockets from 0-150 mph in under five seconds. 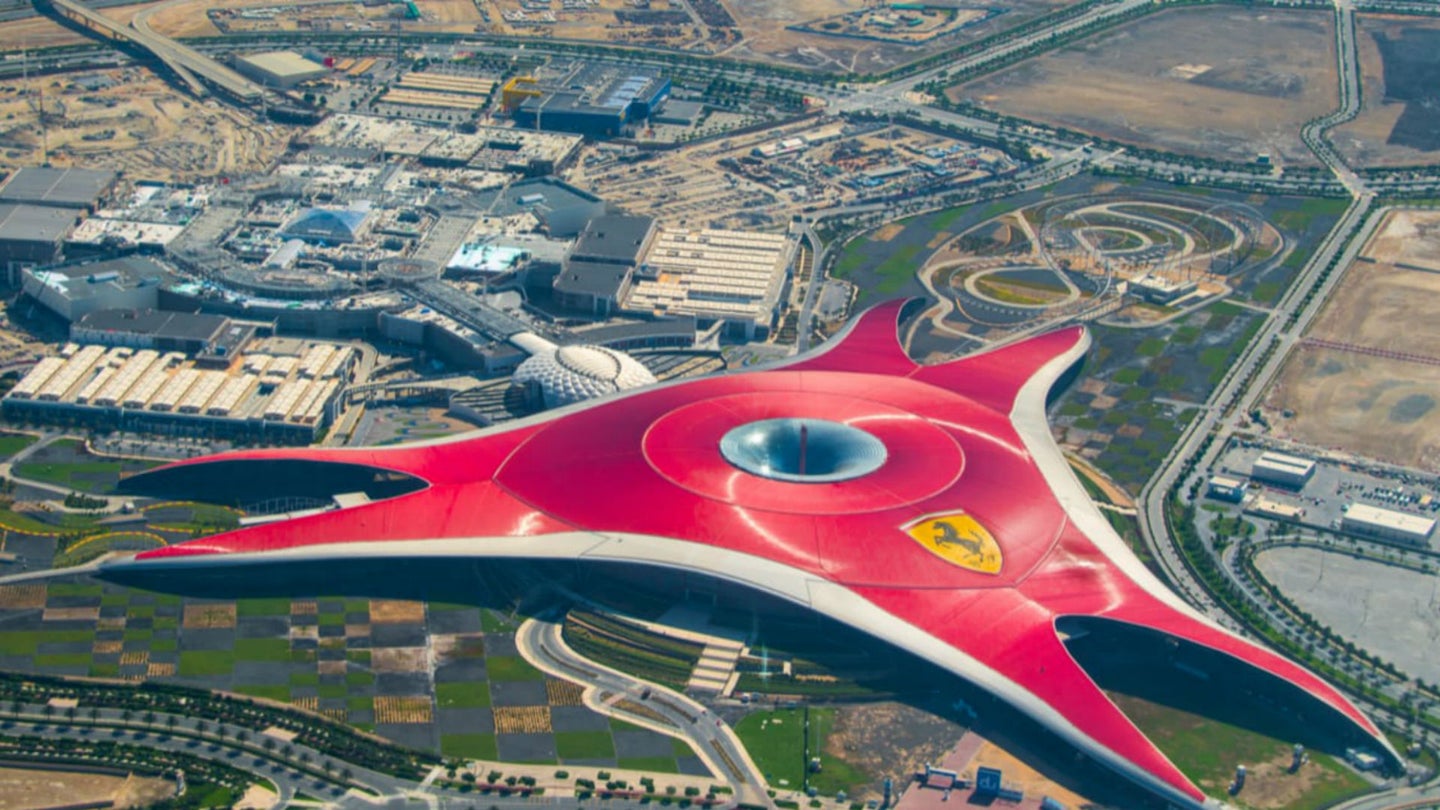 Abu Dhabi's enormous Ferrari World recently beat a trio of finalists from Disney—including parks in Shanghai, Florida, and Paris—for the honor of World’s Leading Theme Park at the 2019 World Travel Awards. The park’s 37 rides and record-breaking roller coasters were enough to win over voters, who are able to weigh in on everything from the world's best airline to the world's best beach resorts.

You may be wondering how a theme park based on a brand whose products can be afforded by so few people is successful, but the numbers don’t lie: Over a million people head to the park every year, each one paying about $80 to get in. Beyond the fact that everything is painted red and has a prancing horse on it, the Ferrari-themed park has some genuinely impressive hardware. Its Formula Rossa attraction uses a hydraulic launch system to accelerate its passengers from 0-150 miles per hour in under five seconds, making it the world’s fastest roller coaster.

The most notable part of the park is its cherry-red “roof," which is large enough to cover an area the size of 28 soccer fields. It, too, has the Ferrari logo emblazoned on it, but its size is what makes it so special. It’s the world’s largest spaceframe structure and gives the park an imposing presence when viewed from the sky. Really, what else would you expect?

Ferrari World has been in operation for nearly a full decade now. In addition to the usual super-fast coaster rides, the park offers driving experiences in Ferrari vehicles, F1-style driving challenges, and a VIP experience that includes karting classes and racing simulator action.

It’s a part of becoming a proper luxury brand. Somehow.