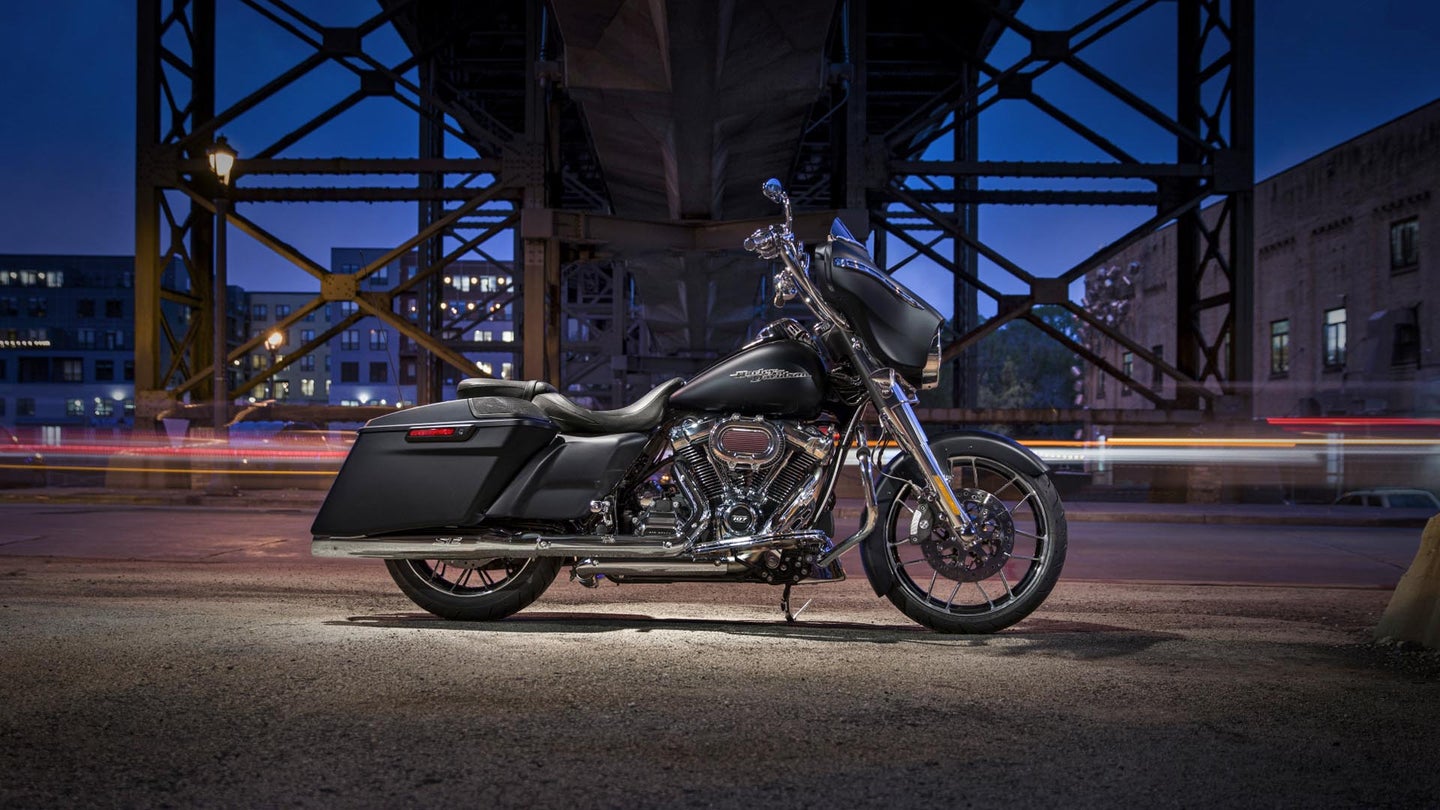 Very few companies are more intertwined with American popular culture than Harley-Davidson, but times have been tough at the legendary motorcycle maker. The company's sales have fallen off a cliff in recent years and the global outbreak of a deadly virus has only compounded the issue. A new report from the Wall Street Journal lays out some of the drastic measures Harley is planning to take in response, but it's still hard to imagine that righting the ship will be easy.

Harley’s factories have been shuttered since March when it became clear that the coronavirus outbreak was going to be much more serious than initially thought. The report says that the company’s reopening of its factories will happen in phases and that production will be limited to only the best-selling models. The modified reopening plan will also include a limited selection of colors and buyers won’t be able to customize their bikes during the purchasing process. It's not clear which Harley models could be cut, although the story implies the Motor Company will focus on its most profitable, most premium bikes for the time being, not unlike what some automakers like Mazda are doing.

By having fewer motorcycles in the market, Harley said it is trying to appeal to customers of premium-priced brands with limited availability. That approach is common among makers of sports cars and some luxury products that keep manufacturing volumes well below demand for them.

“Our strategy to limit motorcycle product in the showroom is purposefully designed to drive exclusivity,” [product sales director Beth] Truett said in her memo.

But even when things get rolling again, many of Harley's dealers may not see new inventory for at least the rest of the year. According to the report, up to 70 percent of the company’s 698 dealers in the United States won’t get any new stock for quite a while—and new models set to debut this summer are coming in 2021 instead.

That shift marks a big departure from the company's previous strategic plans. Former CEO Matt Levatich's road map for Harley included rolling out dozens of new models that were cheaper, smaller and aimed at the growing international markets as sales of the big hogs favored by Baby Boomers began to decline. Jochen Zeitz, Harley's new president and CEO, felt that such a significant increase in the number of models would be too complex and costly to manage and began working on a new plan.

Though it certainly hasn't helped in any way, Harley's problems are much bigger than the coronavirus pandemic. Baby Boomers are one of the company's biggest markets, but sales to the group have fallen off sharply as they've aged. That has caused the company's numbers to remain flat for years, even here in the Hog-hungry United States, which accounts for over half of Harley’s sales volume.

With its new and narrowed focus, the company's hopes are hanging on a few strategic areas, the most exciting of which is a push to advance its electric motorcycle program. The Livewire, its first electric bike, rolled out last year to great reviews, but sales have been disappointing in part because of its $30,000 price tag. Harley has to find a way to appeal to younger buyers and their budgets, which aren't as robust as their elders' are.