If you thought qualifying was already complicated, just wait until you see the changes on tap for next season. 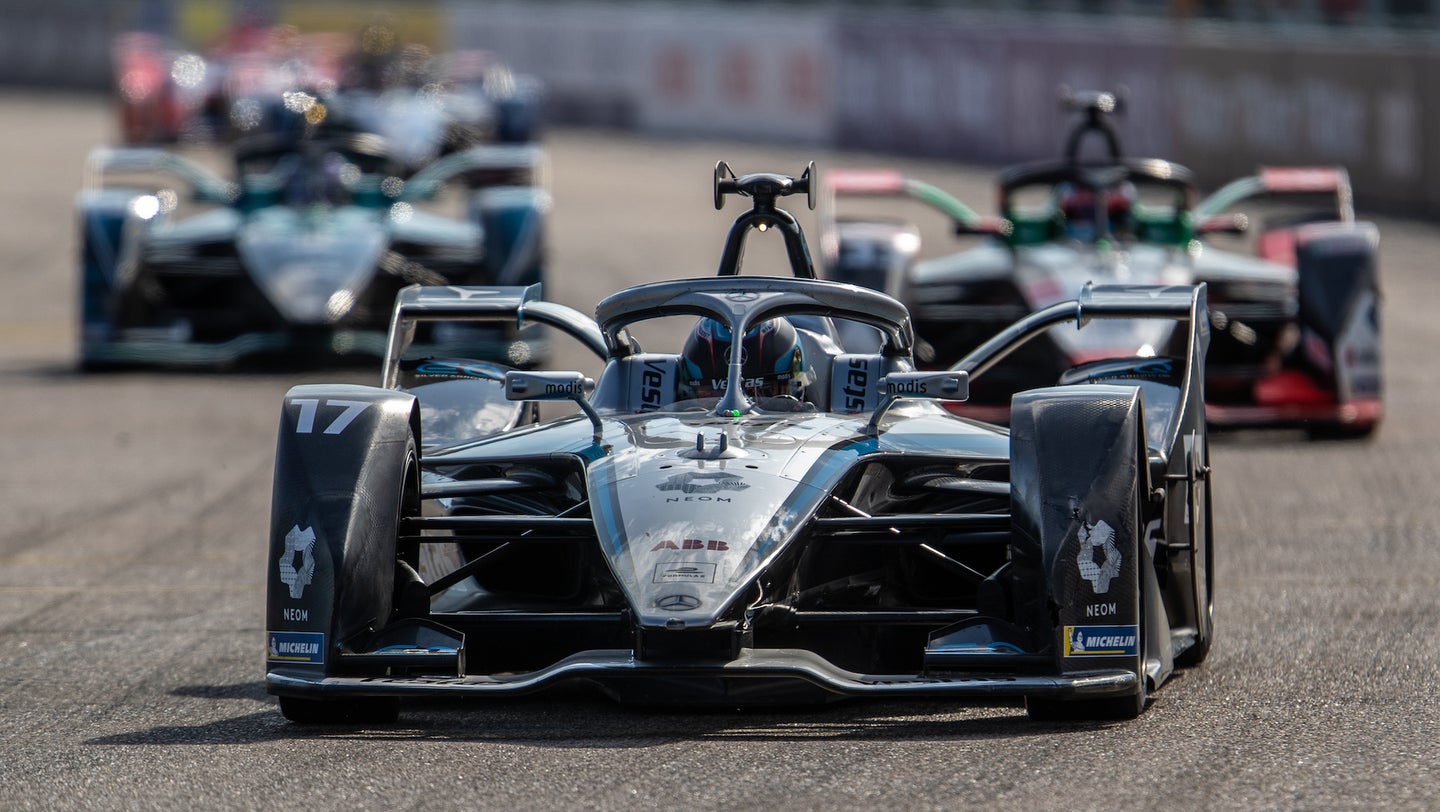 Formula E's qualifying format has always been a tough nut to crack. With 24 cars needing to lap a short, tight street circuit there's no way they can all be let out at once Formula One-style. Previously, FE ran four qualifying groups of six cars each, determined in the first three seasons by a lottery. That was changed in Season 4, switching to groups set by championship points ranking. Each quali group would run until the top six drivers went through to Super Pole to set a new time over a single lap. That's changing for the upcoming season—sort of.

Groups are sticking around for next season, in the sense that the first part of quali will be two 10-minute sessions. Eleven drivers (only 22 next season after Audi's departure) will be able to run as many laps as they want to try and set the best time. Then things get a little silly, at least it seems so far.

The top four drivers in each of the two groups will progress to a series of "duels" where they try to knock each other out of the hunt for pole by setting a faster lap than whoever they're matched against. The fastest drivers will go through quarter-finals, semi-finals, and the final, setting laps at 250kW.

Whoever wins the final, regardless of where their last lap time sits in the overall table, will be on pole. The other final will be for second. Then third and fourth are determined by the order times were set in the semi-finals and fifth to eighth by the times of the losing drivers in the quarter-finals.

Then, of course, there are the other 14 drivers who didn't get to the knockout stage, whose position will be determined by, to some extent, the person on pole. This is where it gets complicated. Whichever the initial two group stages had the pole driver in will start in the order their times shook out, landing in odd-numbered grid positions. The other group's times will be sorted the same, in even-numbered positions.

That might feel like a load of really complicated gimmicks that unnecessarily try and turn Formula E into some sort of rallycross nightmare, but let's wait and see how it goes. And from my perspective, after eight years of drivers moaning to me about group qualifying, it'll be entertaining to get some different complaints.

FE's also shaken up something that really did need fixing: its rule about subtracting 1kWh of usable energy for every minute behind the safety car. That led to the sad-trombone-noises festival in Valencia that saw cars with plenty of electricity in their batteries stop on track after 19 minutes of a 45-minute race were under caution.

Keen to not repeat that, the new fix is that for every minute behind the safety car, 45 seconds will be added to the race duration. This means there's still a challenge for power management but more chance to see unrestricted running. The extension won't happen if there's a safety car or full course yellow after 40 minutes, which feels very sensible for drivers managing their usable energy.