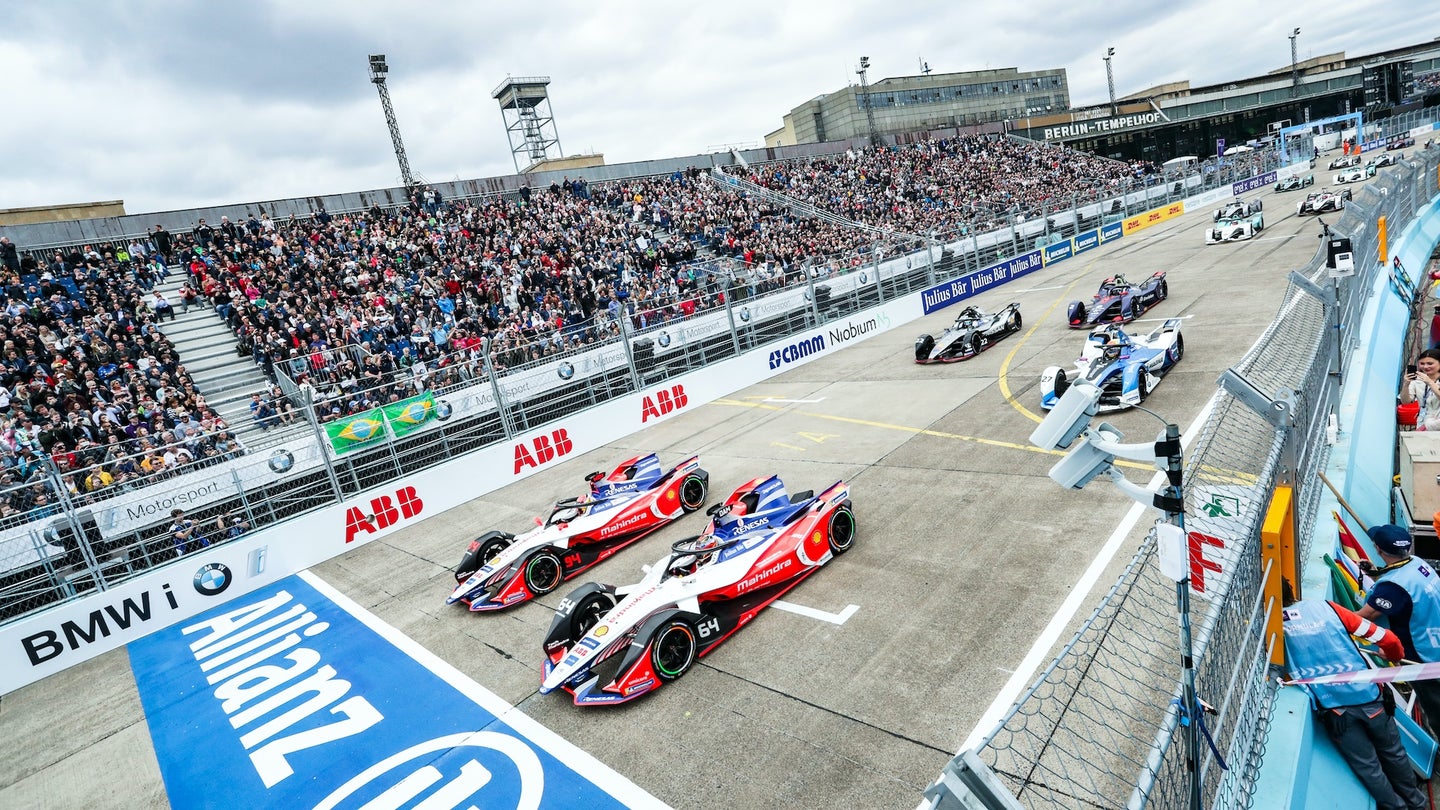 Interrupted after the Morocco ePrix by the spread of COVID-19, Formula E has, like most motorsports, been on an unplanned hiatus. Also like most race series, it's chomping at the bit to get back to business, and come August, Formula E will wrap up its 2019-2020 season in one fell swoop with a nine-day, six-race marathon at Berlin Tempelhof Airport.

Scheduled to run on a trio of different circuit configurations, the final half-dozen races of this year's Formula E calendar will fall on August 5, 6, 8, 9, 12, and 13. Like Formula 1 and NASCAR, Formula E will be forced to run these races without spectators, and must abide by a maximum occupancy limit of 1,000 people, reports Motorsport. Team personnel, media, members of the FIA sanctioning body, and other race-essential personnel all count against this limit.

Formula E CEO Jamie Reigle confirmed that these six races will conclude the season, and consequently that the possible Seoul, South Korea event will be postponed until at least 2021.

"Since taking action to suspend our season in March, we have emphasized a revised calendar which places the health and safety of our community first, represents Formula E's distinct brand of city centre racing and offers an exciting conclusion to the compelling season of racing we had seen so far," said the executive.

"We're heading to Berlin Tempelhof, a venue that our teams, drivers and fans love, to stage a nine-day festival of racing with three back-to-back double-headers. The festival will feature three track layouts, presenting a new challenge and creating the conditions for an unpredictable and drama-filled climax to our season."