Six drivers went into the season finale with a chance at the championship, but after mega battles and even heartbreak, only one emerged victorious. 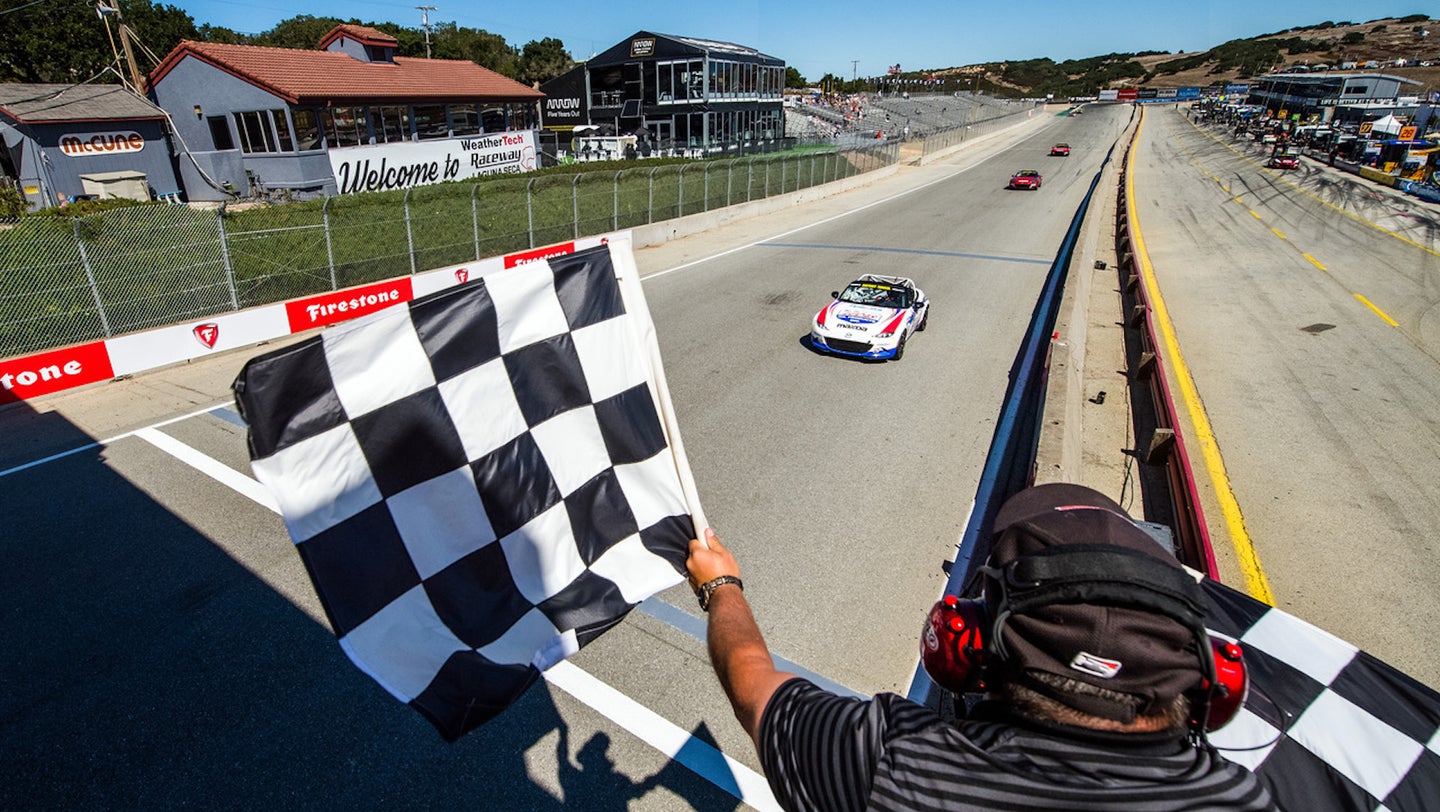 The Battery Tender Global Mazda MX-5 Cup turned its final lap of the 2019 racing season at the famous Weathertech Raceway at Laguna Seca Saturday evening. After six drivers went into the final round with a mathematical chance at clinching the championship, it was Bryan Ortiz of Puerto Rico who walked away with shiny new hardware and a $200,000 scholarship to further advance his racing career.

Separated by nothing more than a handful of hours, the season finale doubleheader saw a field of hungry racers hit the 2.23-mile track twice in the same day to wrap up a hard-fought season. At the front of the pack was last year's rookie of the year Sellin Rollan and championship contender Ortiz, who were only separated by 11 points before the first of two green flags dropped. Unfortunately for Rollan, a mechanical failure took him out of the race and also championship contention within the first few laps of the initial race. However, not all hope was lost, as Ortiz couldn't come to terms with his machine and languised mid-field for most of the race. After 40 minutes of white-knuckle racing, it was Robert Stout who walked away with the win.

For the second and final race, it was Rollan once again on the pole with first-round winner Stout in third. After getting several laps under yellow flag out of the way, Sellin got off to a stellar start and even built a commanding lead. Ortiz eventually caught up and passed Rollan for the lead, causing the duo to put on a masterful display of skill for a dozen or so laps around the challenging circuit. At the end of the day it was Rollan who crossed the line first, but the yearly points tally made Ortiz the recipient of a bigger party that night.

The Global MX-5 Cup season once again comes to a close after delivering some of the (if not the most) competitive and exciting sports car racing on the planet. The combination of a production-based, lightweight sports car and young, diverse talent produces some of the best racing we could ever hope for. Bring on the 2020 season!