Ford’s new collaboration with Cisco hopes to create the ideal mobile office for workers on the go. 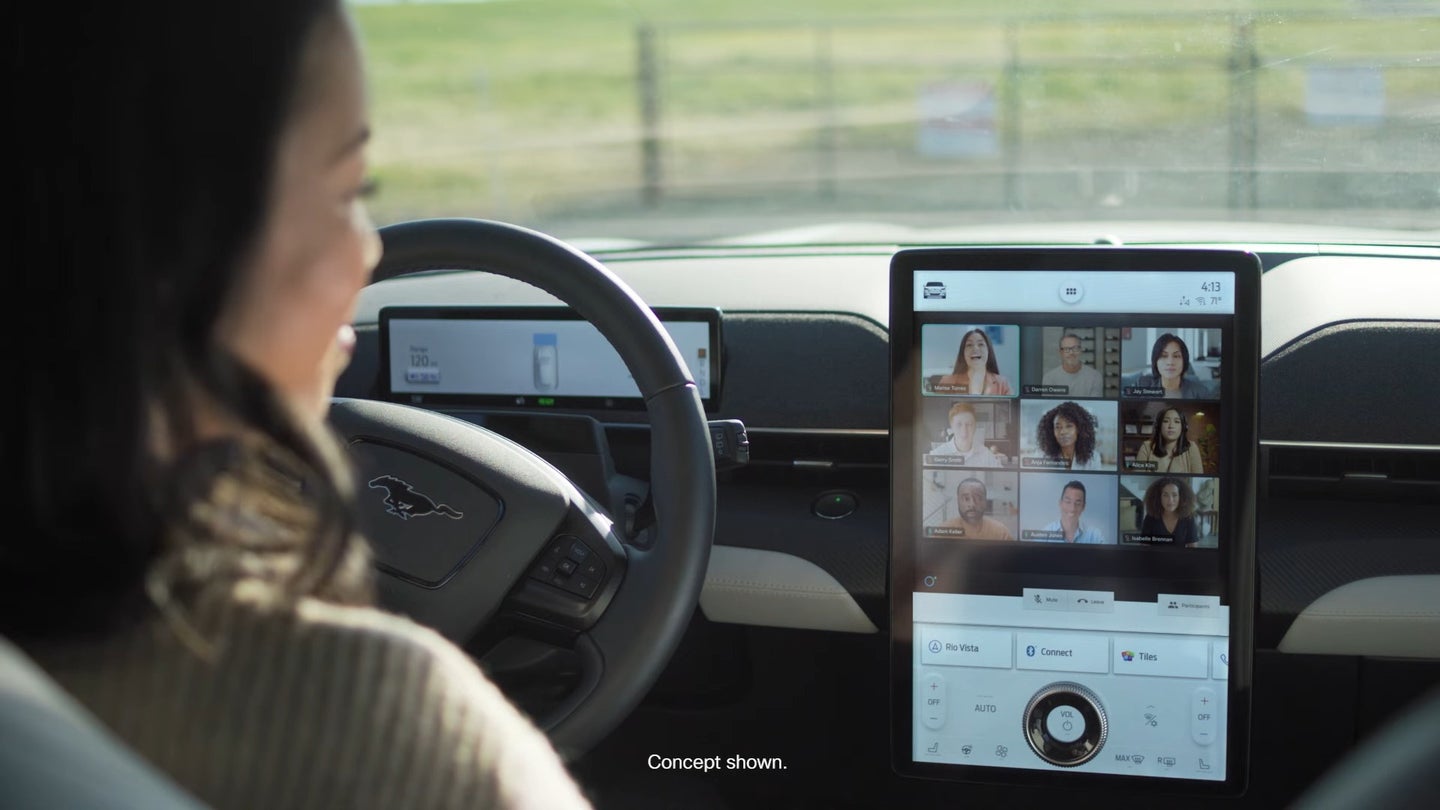 As cars get more connected and infotainment systems are increasingly becoming a key selling point, we're starting to see automakers imagine new ways for owners to use their vehicles. Ford now envisages its EVs as mobile offices, and has collaborated with Cisco in order to make its electric vehicles the ideal place to take a meeting when out on the road.

While there's nothing stopping the technology from being used in conventional vehicles, Ford is making a particular effort to integrate Cisco's Webex meeting technology in its next-generation lineup of EVs. "We don't see why people wouldn't be using their vehicles as a fantastic quality office, to be able to collaborate together," said Darren Palmer, Vice President of Ford's Electric Vehicle Programs.

According to Palmer, the company doesn't just want to allow people to join an online meeting from their car; Ford wants its EVs to be the best place to hold a meeting. Palmer cites the benefits of the high-quality sound systems, microphones, and screens present in new Ford vehicles, while also noting that, unlike most offices, a well-equipped Ford F-150 Lightning has heated, cooled, and massaging seats.

Palmer himself has put the system to the test, having recently spent a full eight hours taking meetings via Webex from the comfort of his F-150 Lightning. “It was air-conditioned, quiet, with fantastic sound quality. And it barely touched the range of the vehicle, because comparatively, SYNC 4A uses almost no power," said Palmer. It's a particular side benefit of EVs that they can run climate control off the battery without the wear and inefficiency of keeping an entire engine running just for that purpose.

The meeting functionality all comes down to Ford's SYNC 4A infotainment system, which comes complete with a spacious 15.5" screen and runs on an HTML 5 backend. Ford has enabled the SYNC 4A browser to work with Cisco's Webex meeting platform, and will soon add a native Webex app to the infotainment system for seamless operation.

Drivers will be able to join meetings and control the system with voice commands, a particular benefit when taking a call while on the road. While Webex meetings typically show video from other meeting participants, the system will operate in audio-only mode unless the vehicle is stopped. Ford doesn't want drivers getting distracted by a meeting while driving, after all. The Drive has contacted Ford regarding the system's video capabilities and will update this article when more information is available.

The system is also adapted specifically to suit the automotive environment. Webex's Optimize for My Voice feature focuses in on the voice of the meeting participant to the exclusion of other sounds in the cabin, be it from road noise or rowdy passengers.

For those businesses already running on Cisco's Webex meeting platform, Ford's EVs equipped with SYNC 4A could prove to be a useful tool for personnel that often find themselves joining meetings while out of the office on business. There's something to be said for taking a meeting from a quiet, comfortable truck cab versus using headphones with a laptop in a busy coffee shop. In much the same way as the carphone of years past, expect online meeting features to become common in infotainment systems, particularly for vehicles oriented at fleet and business customers.

The seatbelt didn’t do him any favors, either.

Crank up the synthwave—the tape deck still works, too.