We love the Ford Bronco Sport, don’t we, folks? 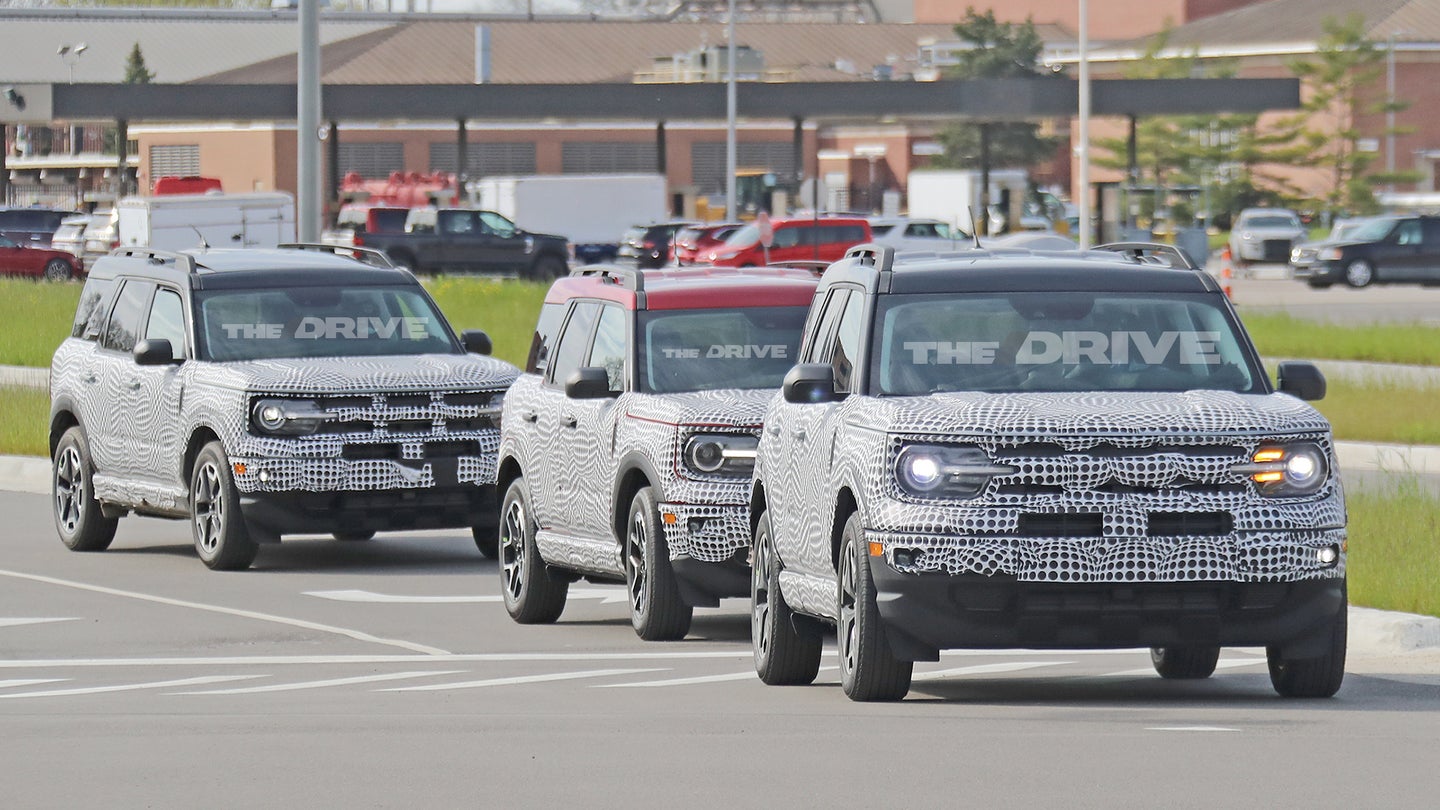 You know the world is slowly trying to return to normal when we're seeing a comeback for the primary source of automotive news website click income these days: 2021 Ford Bronco spy photo. In this case, it's the Ford Bronco Sport, aka the "Baby Bronco," the compact crossover variant of the more rugged, off-road-capable Bronco SUV. But there's still definite interest in what the smaller vehicle can do, so let's take a close look at its new face.

Our intrepid spy shooters in Michigan caught a flock of Bronco Sports (Broncos Sport?) driving about with camouflage on, although we already know what the finished car should look like. But these shots reveal two of three new options said to be called Modern, Classic, and Custom. It's not clear which is which, although our shooter believes the one on steel wheels has the Custom grille.

Though it may have the bones of a compact crossover, its body looks pretty sharp so far. The Bronco Sport is expected to have decent specs, too: optional all-wheel drive, a 1.5-liter turbo three-cylinder or a more powerful 2.0-liter turbo four, five trims in total, and Ford's new SYNC3 infotainment system on the more well-optioned cars.

The bad news for would-be buyers is that production has been delayed to the fall for obvious reasons, with an official unveiling sometime in August, according to Car and Driver. We'll have to wait a bit longer to see its official new look, but if the spy shots keep coming we won't have to guess very hard.

This Is the 2021 Ford Bronco Sport Interior Completely Uncovered

The Baby Bronco’s cabin has finally been revealed.