Why reinvent the map yourself when you can simply partner with a company that has it figured out? 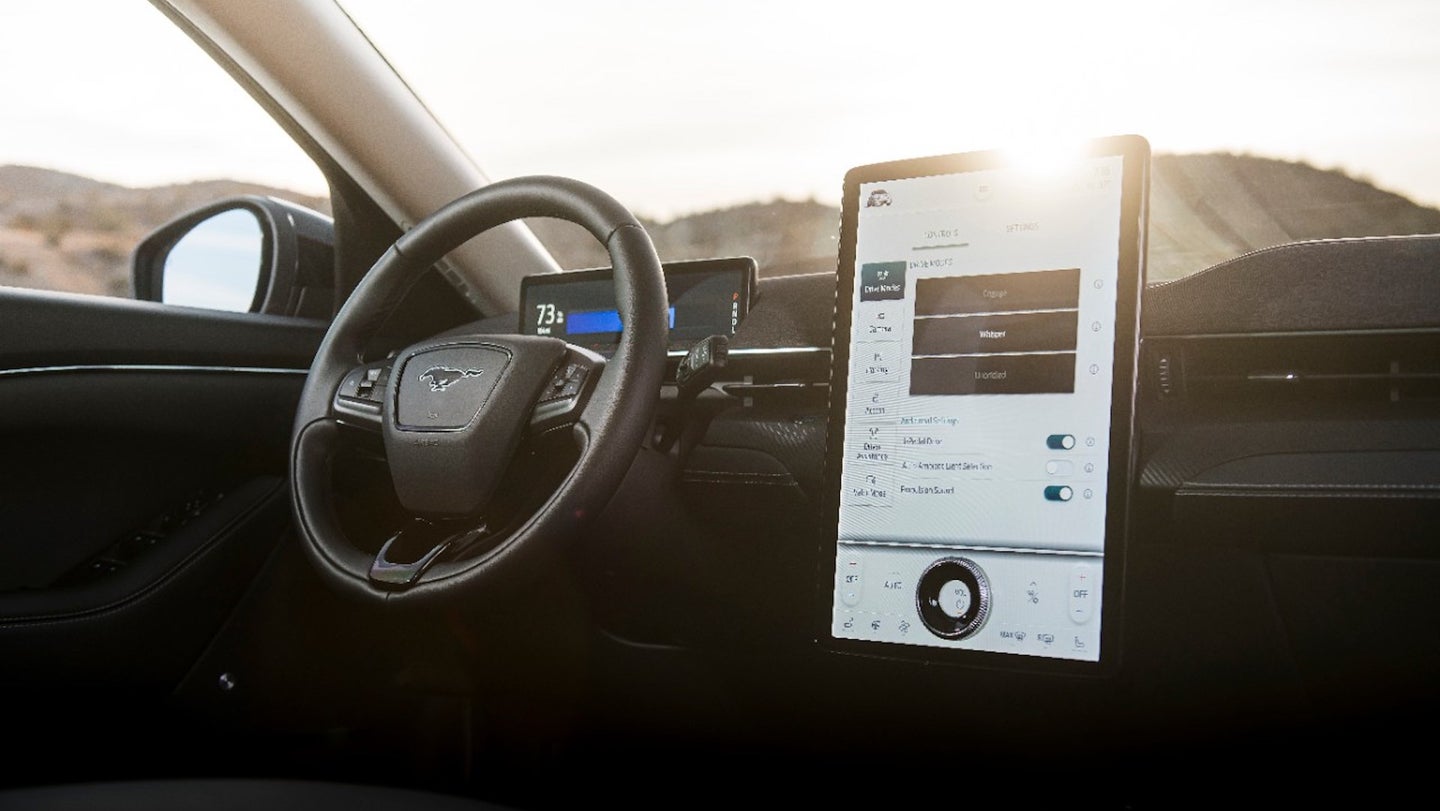 Ford announced Monday night that all of its new vehicles, except those sold in China, will run Google's Android operating system starting in 2023. While the six-year partnership includes far more than the screen in the middle of Fords' dashboards, it makes a ton of sense to anyone who's ever suffered through a car with confusing maps, illogical menus, laggy operations, and spotty connectivity.

To Ford's credit, its latest version of its Sync infotainment system is pretty slick, but there are a few key upgrades we can expect with the Android switch: navigation, voice recognition and cloud services. Android infotainment systems include Google Maps, the Google Assistant, and the Google Play store for additional apps. Third-party developers will be able to create apps for your vehicle. The new Google tech can also be used for over-the-air updates as well as things like maintenance reminders.

Google's voice recognition alone is a massive upgrade, as the Android Automotive systems used in new Polestar and Volvo models received high praise from Ars Technica's testers for the rare feat of actually understanding what you say. Drivers can use natural-sounding voice commands for things like the HVAC system in addition to the usual infotainment tasks, which allows them to keep their eyes on the road instead of the control screen.

Ford Vice President of Strategy and Partnerships David McClelland told Automotive News that their version of the Android Automotive operating system would be similar to the version used in the Polestar 2, except customized to use with Ford and Lincoln vehicles. McClelland would not comment as to whether the Android branding would replace Sync, but did note that customers can continue using Sync services until the 2023 switchover.

Owners of other phones shouldn't worry, as Automotive News notes that users will still be able to connect to services like Apple CarPlay and Amazon Alexa through their phones, just as we do now. You could even hook up Android Auto to the Android-based infotainment system if you'd rather run things through your Android phone. (Insert Xzibit joke here.)

One thing that I absolutely do not ever want to see on my infotainment system that Automotive News says that the Google tech could enable are trade-in alerts. Man, just let me enjoy my car. Hopefully, those can be disabled for those of us who'd rather not. Ford and Google executives both said that they would not share customers' data with third parties, so here's hoping that nips any other unwanted in-car ads in the bud.

Factories and dealerships will also benefit from the partnership beyond the potential for new ways to prod us for service and trade-ins, though. Google's cloud system and artificial intelligence systems could also help improve Ford's supply chain logistics and pinpoint issues in manufacturing processes. Part of the collaboration is an initiative called Team Upshift that centers upon developing new services that could use this tech, such as those related to autonomous vehicle development.

Farley did not disclose the exact terms of the deal to CNBC, but said that it is worth "hundreds of millions" of dollars, but should still be cheaper than trying to build out their own system.

“One of the most important parts of our strategy is to partner,” Farley told CNBC. “That means that we have to get out of the business of doing generic things that we do not add value, like navigation systems and a lot of the in-car entertainment experience.”

Here's hoping that investment pays off in the form of not having to scream "CALL MOM" twelve times before the car (maybe, if you're lucky) understands your voice.