F1 drivers wanted a faster safety car so they can keep their tires warm, and that’s what they got. 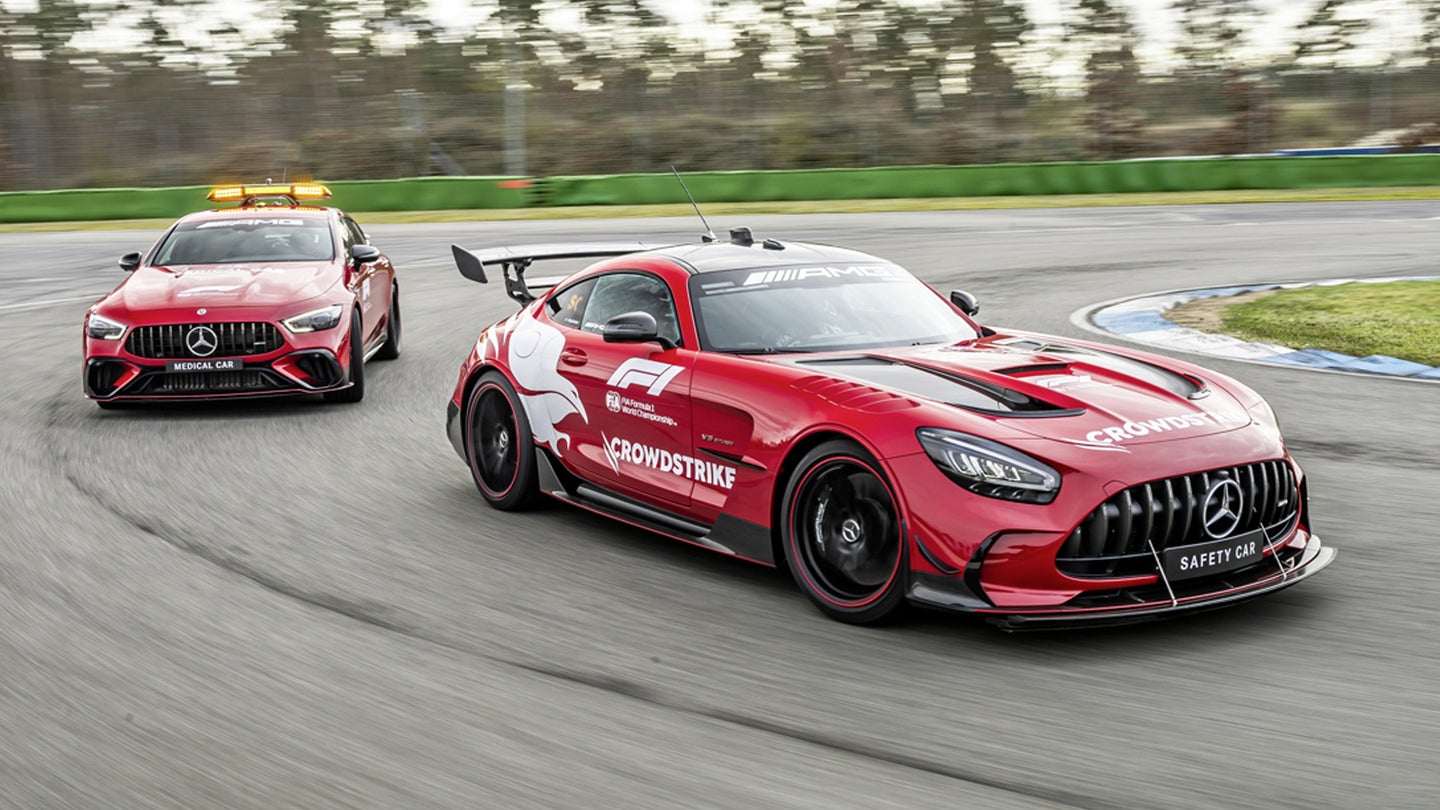 Formula 1's safety car has played a pivotal role in the championship for a long time. Last year, its role was maybe a little too pivotal. But the safety car is serious business, so it's cool to see Mercedes bringing its absolute top-end models to the races. For 2022, the safety car becomes an AMG GT Black Series while the medical car is an AMG GT 63 S.

The cars will share duties across the calendar with the Aston Martin Vantage and DBX that got introduced to do some of the work last season. Although, as with the Aston Martin F1 cars, what's under the hood is Mercedes power that the two brands have agreed to share again. Mercedes is set to take on the first two events in Bahrain and Saudi Arabia, while the Aston Martins will come in at the Australian Grand Prix.

F1 drivers constantly complain about the safety car being too slow because when you're behind the wheel of what might as well be a high-downforce rocketship, anything less than 200 miles per hour feels a bit sluggish. They do have a point, though, which is that when F1 cars slow down, their tires and brakes get cold, which causes problems on a restart with none of them being able to grip the track properly or, potentially, stop. So as important as the safety car is for slowing down the field, it has to stay ahead of them at a relatively reasonable pace.

That won't be a problem for the AMG GT Black Series, which has a top speed of 202 miles per hour and set a time of 6:48.047 'round the Nurburgring in 2020. Likewise, the AMG GT 63 S that will be first on the scene of any accidents, as the medical car, threw a 7:27.80 that made it the fastest luxury car round the 'Ring a couple of years ago.

There's not a massive amount of adaptation to the cars, bar fitting them with all the transponders and equipment they need to do the jobs, except that the AMG GT Black Series has a cool new feature. To avoid disrupting the aerodynamics of the car, instead of putting the flashing light bar on the roof (as has been done with the GT 63 S), it's been fitted with LED lights in the top corners of the front windscreen and on the rear spoiler. This way the car can keep as much of its pace as possible ahead of 20 (or so) 1,000-horsepower monsters.

Though the Netflix show has attracted millions more fans across the globe, it needs to take the next step if it’s going to get more seasons.