Every bit as gorgeous as the coupe, but with unlimited headroom. 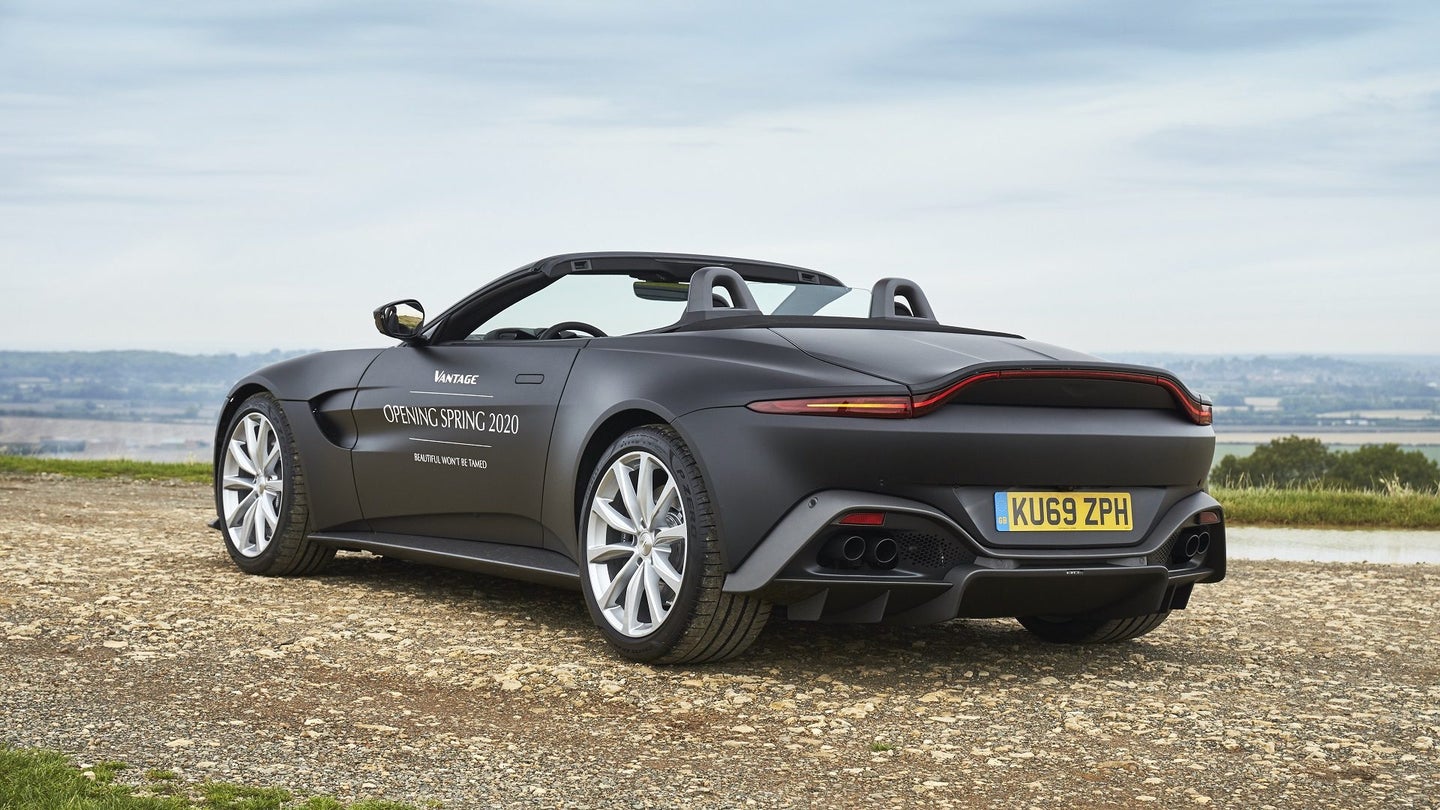 The wait is almost over. Aston Martin provided our first look at the upcoming Vantage Roadster and just as we expected, it's every bit as gorgeous as the coupe, if not more so. Photographs released by the automaker show a matte-black pre-production test mule featuring a cloth soft top that'll presumably go up and down at the press of a button.

Everything else, however, looks mostly unchanged from the 195-miles-per-hour coupe. The car is expected to use the same twin-turbo, 4.0-liter V8 from Mercedes-AMG producing 503 horsepower and 505 pound-feet of torque. The previous-gen Roadster added 220 pounds to the Vantage's curb weight, a penalty that will likely be present in the new one as well. Currently, the coupe weighs in at 3,373 pounds.

Those looking to cancel out the convertible's weight difference might consider opting for the inevitable manual transmission, which is reportedly 210 pounds lighter than the automatic. Who said manuals aren't as fast?

Clapping eyes on Aston's latest convertible, however, an extra passenger's worth of weight is a small price to pay for the infinitely sexier silhouette. This is a car you buy with your heart, not your head.

The new Aston Martin Vantage Roadster will be out in its final, production-ready form in Spring 2020 and go on sale later that year. It'll naturally be the least expensive drop-top in the company's lineup, lining up underneath the DB11 Volante and DBS Superleggera Volante. While the hardtop Vantage starts at $149,995, expect the Roadster to go for a bit more.

2019 Aston Martin Vantage Review: A Less Traditional Aston, and Way Better for It

Aston’s new Vantage isn’t afraid to borrow from others—or leave the past behind.