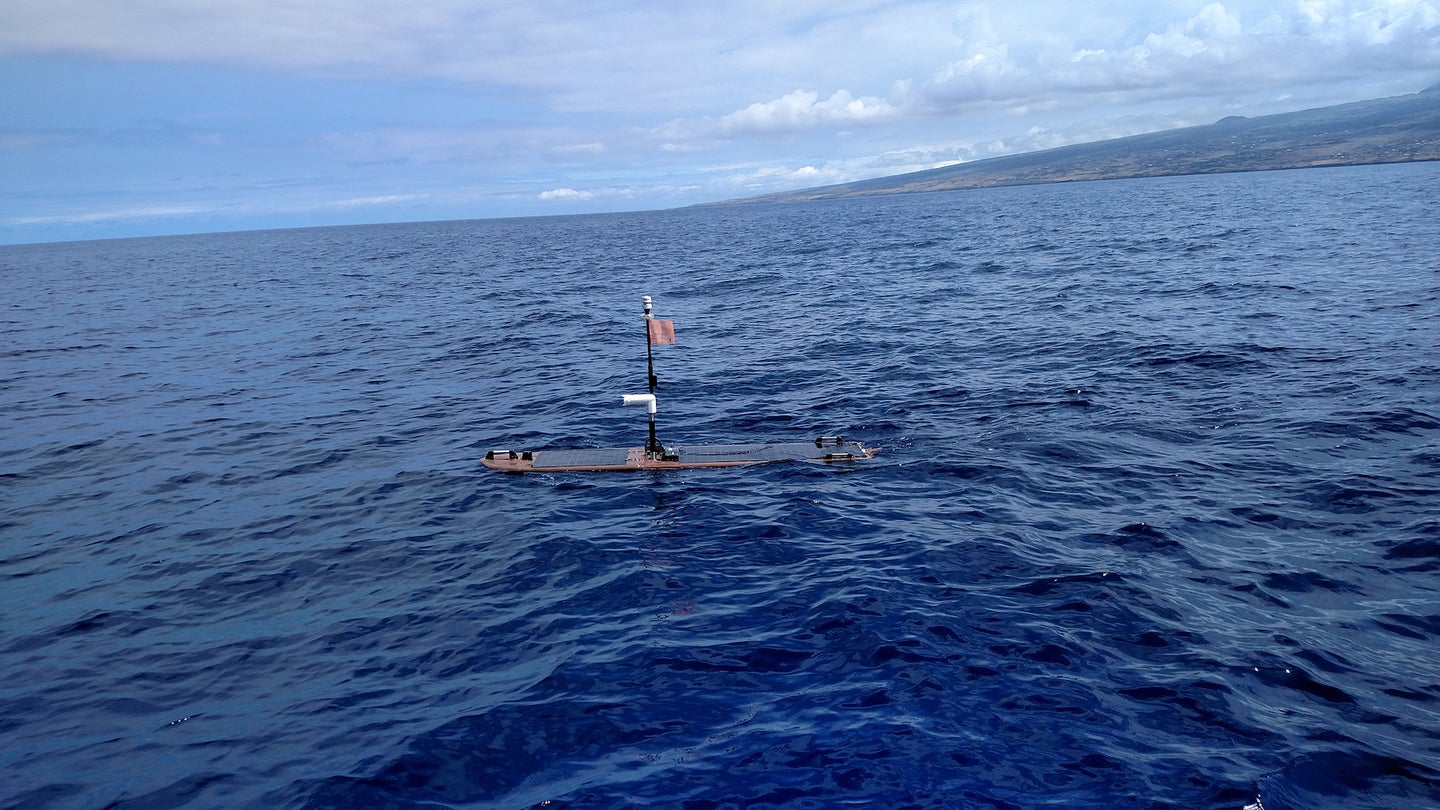 Drones are increasingly active on all sorts of terrain, and aren’t limited to aerial activity. From the sky, to land, and the sea, unmanned vehicles are gathering more and more data and providing researchers with previously-unavailable information as time goes on. Most recently, an underwater drone called the Wave Glider has concluded a seven-day research mission at the Great Barrier Reef, relaying its findings in real-time to scientists on land, letting them assess the reef’s unfortunate situation.

According to The Australian, the Wave Glider has been touted as one of the main tools for the sophisticated assessment of the Great Barrier Reef. The project resulted from a five-year research agreement between the Australian Institute of Marine Science and aviation giant Boeing. We’ve reported on Boeing’s drone-related inclinations before, and it seems that its subsidiary, Liquid Robotics, was in charge of developing the drone in question.

The underwater drone collected data such as water salinity, pH levels, various chlorophyll, as well as the height of waves surrounding it. Lyndon Llewellyn, who heads the data and technology branch of the Institute of Marine Science, praises the drone’s ability to brave the elements. The drone, which is powered by the waves as well as solar panels, says it “stayed the course like an orienteering champion,” and that the autonomy it provides allows the scientists to focus on other aspects of the project and thereby provide them with more time.

Llewellyn believes this to be a major advantage in using drones to gather data, as opposed to requiring man-hours to focus on every single step of the research.

“For us, where we have a limited number of people that can go into the environment and generate the data, having tools that extend our capability without having to put people in the field is really quite beneficial,” he tells The Australian. The advantage, naturally, is that machines don’t feel fatigue or require sleep, not as long as they’re provided enough energy, of course. “It can work 24/7, unlike our people,” he explains.

“It can do things at night-time and go into some locations where it’s harder for us to get our people into because to get them there we need to put them on a large research vessel, and so that makes it challenging in some locations,” he clarifies. Executive vice president of business development at Liquid Robotics, Dan Middleton, seems to wholeheartedly agree with the incredible benefits of using drones in scenarios such as these, explaining that the Wave Glider could actively collect data for missions as long as six months or more. The Wave Glider is equipped with “many sensors that communicate on a regular basis back to shore,” he says.