The rest of the seductive GT lineup is also slated to get new updates. 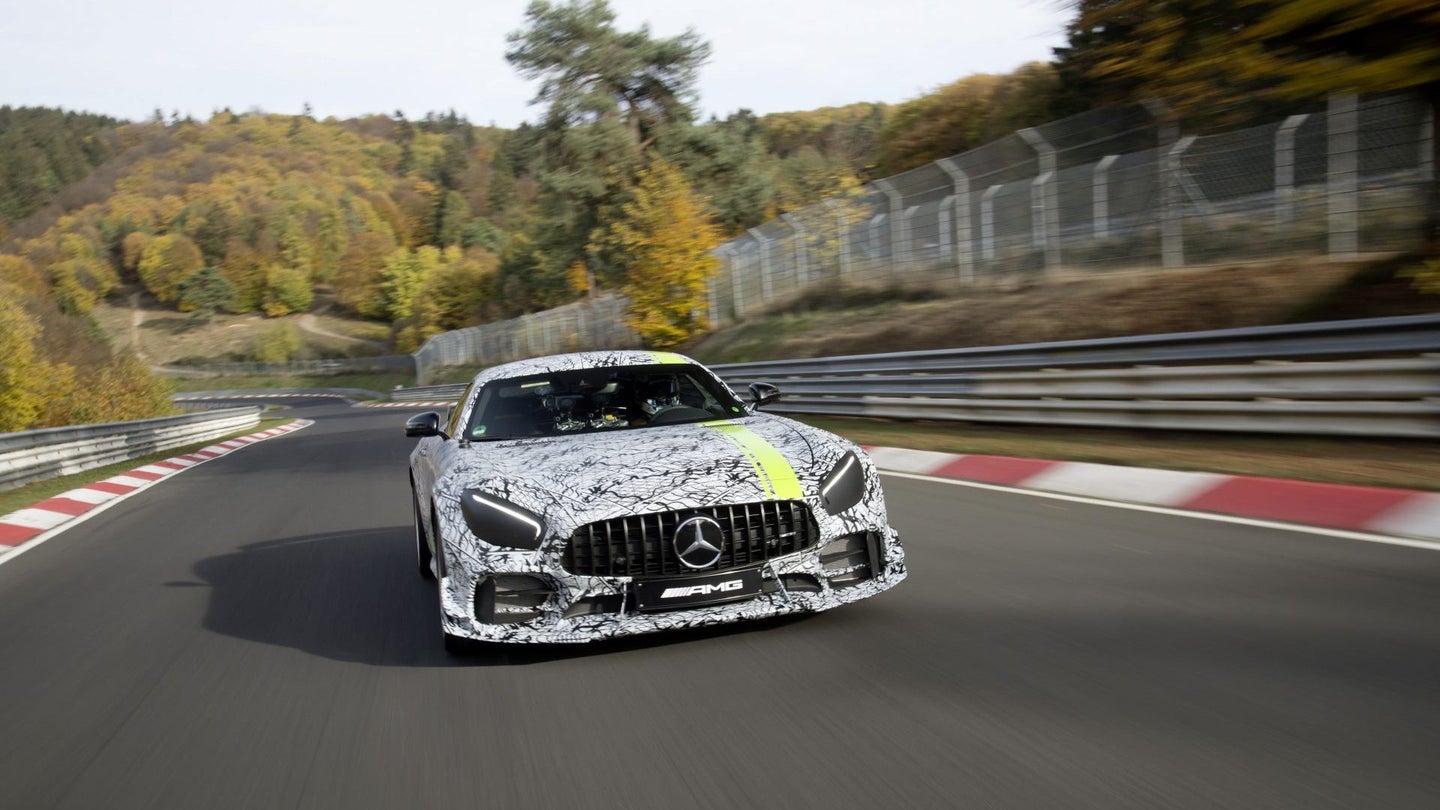 A week before making a full debut at the Los Angeles Auto Show, Mercedes-AMG is teasing what sounds like the most hardcore AMG GT model yet. And it appears it won't be called the Black Series or the GT RS.

Instead, Merc's performance arm is christening its latest creation—drum roll, please—the AMG GT Pro. Yes, the suffix usually found on higher-end MacBooks and PlayStations has somehow found its way onto the back of a track-ready Mercedes-AMG.

The automaker says the Pro will incorporate performance modifications inspired by data gathered from AMG's GT3 and GT4 customer racing programs, hence the "professional" name. Judging from the single photo released, the car will unsurprisingly be the most aggressive-looking GT yet, sporting an even more extreme front end than the positively maniacal-looking GT R. I mean, just look at that splitter and those canards. This is a machine that's clearly gunning for the Porsche 911 GT3 RS.

Mercedes also tells us that more pedestrian AMG GT models will get revisions inside and out, with styling that'll apparently fall more in line with the four-door version that can be seen here hauling some serious butt around the Nürburgring.

The current top-dog GT, the GT R, squeezes 577 horsepower out of its 4.0-liter twin-turbo V8. We expect the Pro's output to lean closer towards the 600 mark to resemble the GT3 race cars it shares DNA with.