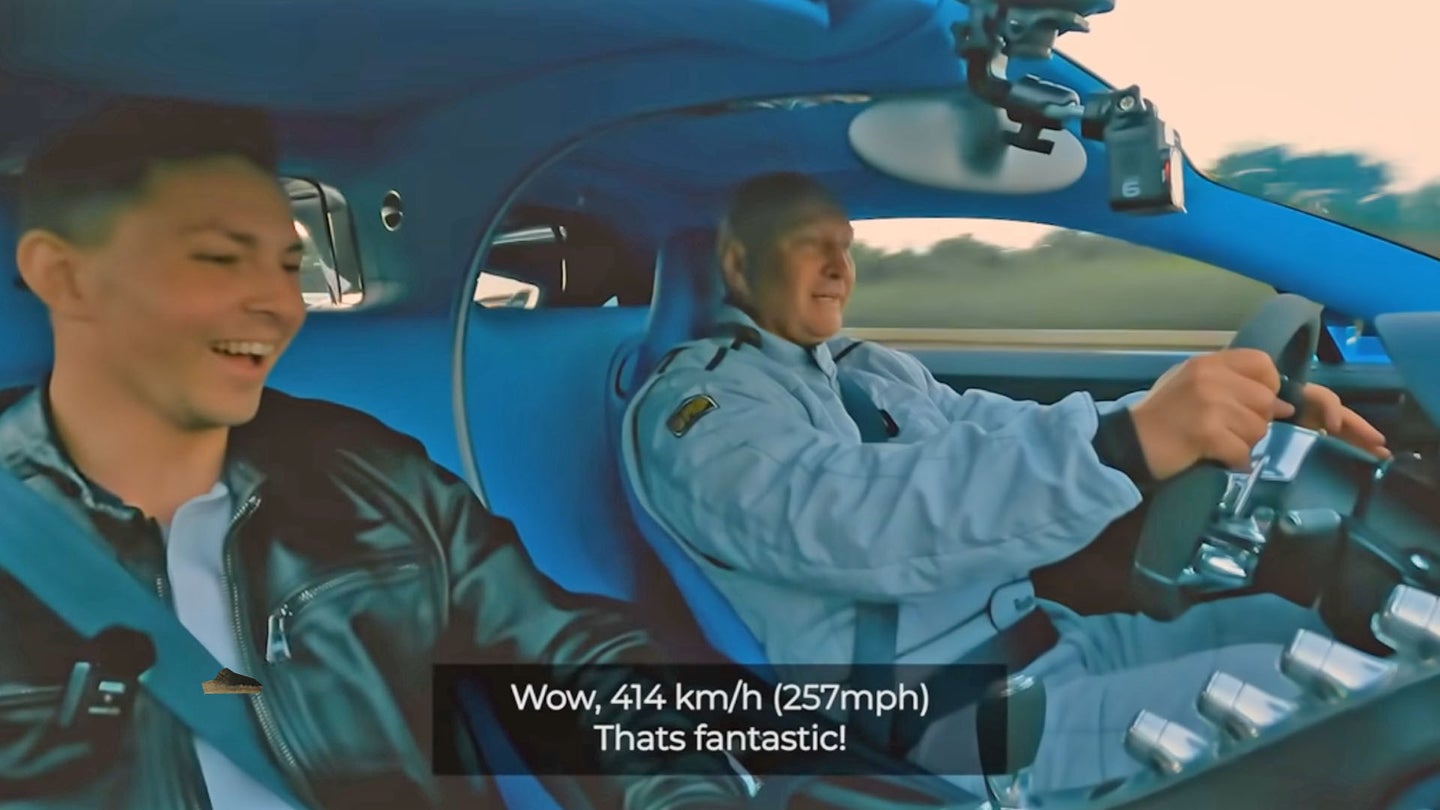 Two weeks ago, we wrote about the Czech millionaire who took his Bugatti Chiron to nearly 260 miles per hour on Germany's famous Autobahn highway network. The stunt was seen as entertaining to the people inside the hypercar and the internet at large, but the authorities didn't view it in the same light. At the time, the German Transport Ministry said that it "rejects any behavior in road traffic that leads or can lead to endangering road users." Now, though, the government appears to be taking a harder line. Jail time might be in store for Radim Passer, the man behind the speedy sprint.

As The Sun reports, police in the German province of Saxony-Anhalt where the speed run took place say a file pertaining to it has been passed onto criminal prosecutors. In addition, speaking to the publication, the region's transport chief Lydia Hueskens said drivers must behave responsibly when there is no speed limit, and, "In this case, there are certainly very serious doubts as to whether that happened." The Sun reports Passer could face as long as two years in jail, although it doesn't cite a specific source for this detail.

For those who are unaware, the high-speed blast didn't come to the attention of authorities until Passer himself posted two videos to his personal YouTube channel documenting his runs, which took place in July of 2021. The pair of clips, posted in early January, have garnered millions of views since they were uploaded, and Passer himself has responded to criticisms as recently as Jan. 21. As far as safety measures go, he said the run was completed at 4:50 a.m. on a Sunday, and that there were three spotters located on bridges above the stretch of unrestricted highway watching for potential hazards. He also noted that he had driven the route beforehand to ensure there were no obstructions in the road.

Although the file is reportedly being reviewed by prosecutors, there is currently no timeline for charges being filed against Passer. Just the same, talks to institute an 80-mph speed limit on all stretches of the Autobahn have stalled within the German government. According to NPR, 70 percent of Germany's Autobahns have no speed limit as of 2015.