Are you being too productive today? This will fix that. 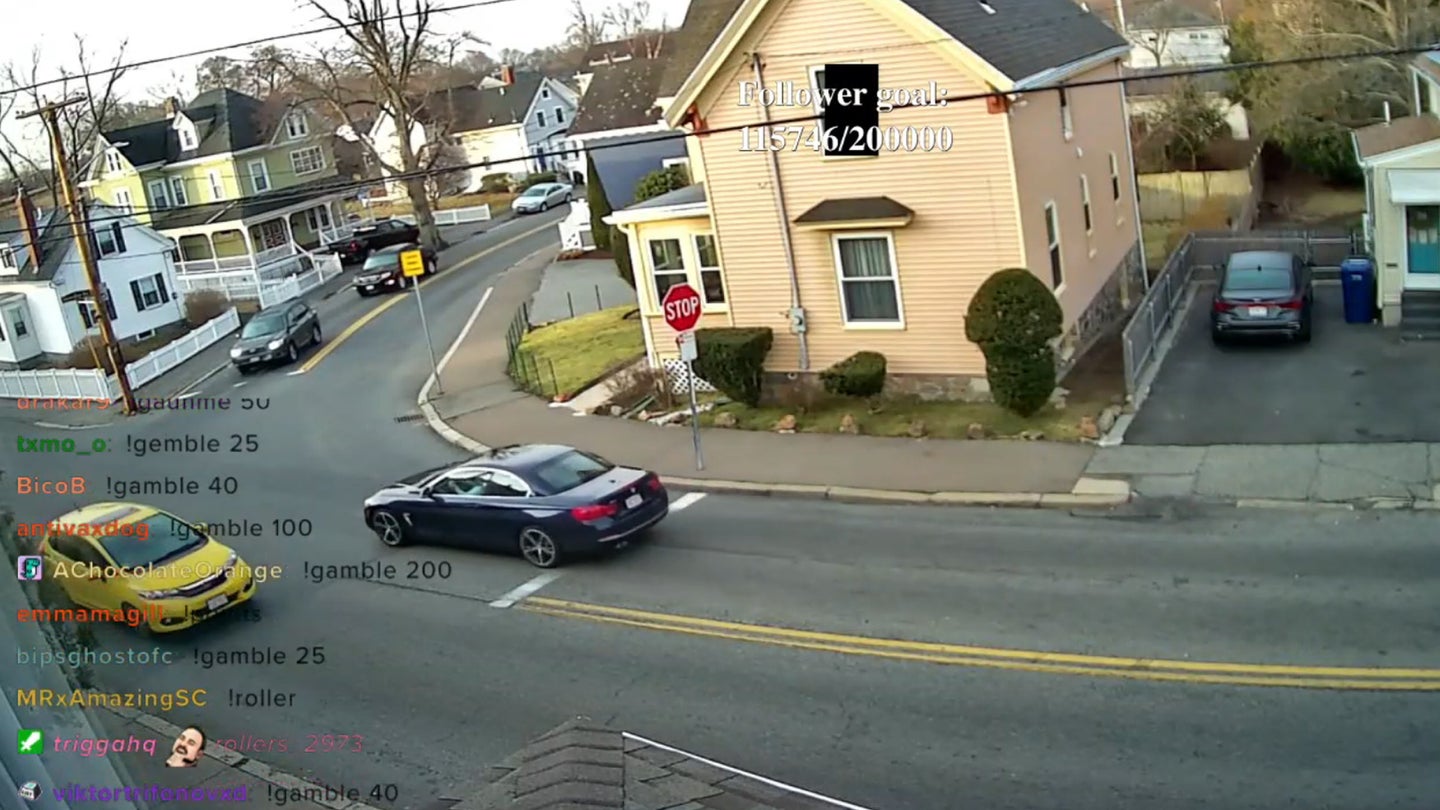 I love the internet. It's such a weird place where every tiny niche can come together to find a commonplace and talk about the strange things they enjoy. And one of those strange things just so happens to be a stop sign in residential Massachusetts.

As Kotaku reports, the phenomenon revolves around a live stream of a specific intersection in the town of Salem, where the majority of drivers either forget or completely neglect to stop. On the miraculous occasion that someone actually comes to a complete halt, the chat lights up like a party.

Meet Stopsigncam, the Twitch channel that earned 139,000 followers by fixating itself on a single neighborhood stop sign where "98.73 percent of vehicles don't stop."

The concept is simple: viewers join the live stream and watch as car after car arrives at the intersection, hedging their bets on whether the vehicle will come to a complete stop, do a California roll, or straight up blow through the intersection without a care.

Watchers can then comment a series of pre-defined codes which tags the color of the car, if the vehicle stopped, and other interesting statistics. A website even keeps track of the number of stoppers, rollers, forcers, zoomers, and walkers which are tagged in the comments.

On the rare occasion that someone does stop, the comments flood with mentions of "I was here" and "Let's go!!!"

Others in-the-know have recognized the intersection and paid it a visit on-camera. Some hold signs, while others do backflips. Viewers also suspect that the police have learned about the stream because one clip shows a traffic cop pulling over a stop sign runner.

It didn't take long for the internet hivemind to begin flooding the Twitch channel with views. Influencers began tweeting and making videos about the magical find, leading hundreds of thousands of users to the stream. The last several days have shown just how much viewers love weird internet sensations like this, with one 48-hour video stream shooting up from 445 views to more than 442,000 in just six days' time.

Anyway, if for nothing else, it might be worth tuning into Stopsigncam for a bit of background scenery in your home office. Maybe pretend you're looking out the windows where people aren't stopping and start making your own remarks about how the damn BMW never hits the brakes all the way. Before you know it, you'll be sucked in too.