Meant to be a budget Rolls-Royce Phantom of sorts, the Senat is slated to pop up in international showrooms in the next year or so. 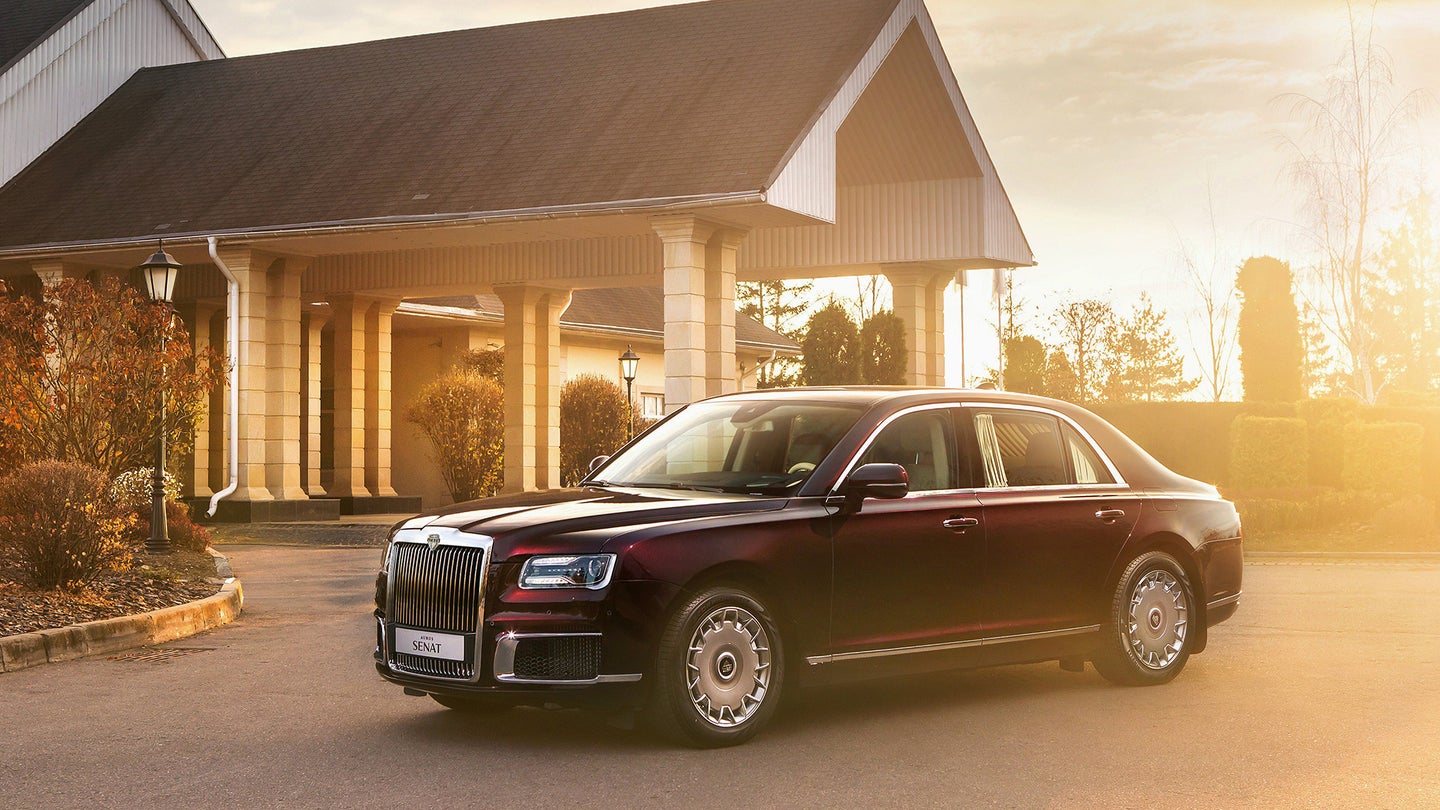 Ever wanted to roll around like a Russian oligarch, but the current selection of opulent land yachts from Rolls-Royce, Bentley, or Mercedes-Benz just don’t cut the Grey Poupon? Well now you'll soon be able to. Reuters reports that Russia’s leading research and developmental organization for its own automotive industry, FSUE NAMI, just opened its first official showroom to begin selling its Auris Senat in Russia’s domestic market with hopes to sell the model to wealthy customers throughout Asia and Europe.

NAMI, short for the Central Scientific Research Automobile and Automotive Engines Institute in Russian, is essentially the national government’s automobile manufacturer based in Moscow. The institution introduced its latest product, the Aurus Senat, as a successor to the Russian Federation’s long dependence on limousines from ZIL. ZIL, another Russian automotive manufacturer, is most known for providing modes of transportation for some of the country’s former Soviet and current officials.

The automaker began developing the Aurus Senat back in 2013 with the project totaling nearly 12.4 billion rubles or $189 million in research and development. It then made its first public appearance in 2018 at the Moscow International Automobile Salon in September of 2018, which is where President Vladimir Putin himself arrived in a Senat limousine. Unsurprisingly, the Senat looks like a bit of a Rolls-Royce Phantom knockoff, though it is a tad smaller than the Phantom, measuring in at 221.7 inches long while the Phantom reaches 226.9 inches in length in short-wheelbase form.

There’s also a full-fledged, long-wheelbase limousine version of the Senat that stretches up to 260.6 inches, which bests the long-wheelbase variant of the Phantom significantly by over two feet.

Both versions, however, are taller than the Phantom by nearly an inch, so the Senat is no puny sized vehicle. Its proportions are certainly for a vehicle meant as the chariot for Russian heads of state.

Power is sent to all four wheels through a nine-speed automatic from a twin-turbocharged, 598-horsepower, 4.4-liter V8 with 649 pound-feet of torque, reportedly cooperatively developed by Porsche and Bosch. A hybrid version bolstered by a 42-kW electric motor and an all-electric version are scheduled to arrive sometime in 2024 or 2025.

Prices start at around 18 million rubles, or roughly $270,000 USD. So while it isn't cheap, it's a total bargain when compared to the Phantom's $450,000 introductory price tag. No sales are official as of yet, but orders are being taken with the first public deliveries scheduled to commence in China by 2020 or 2021.