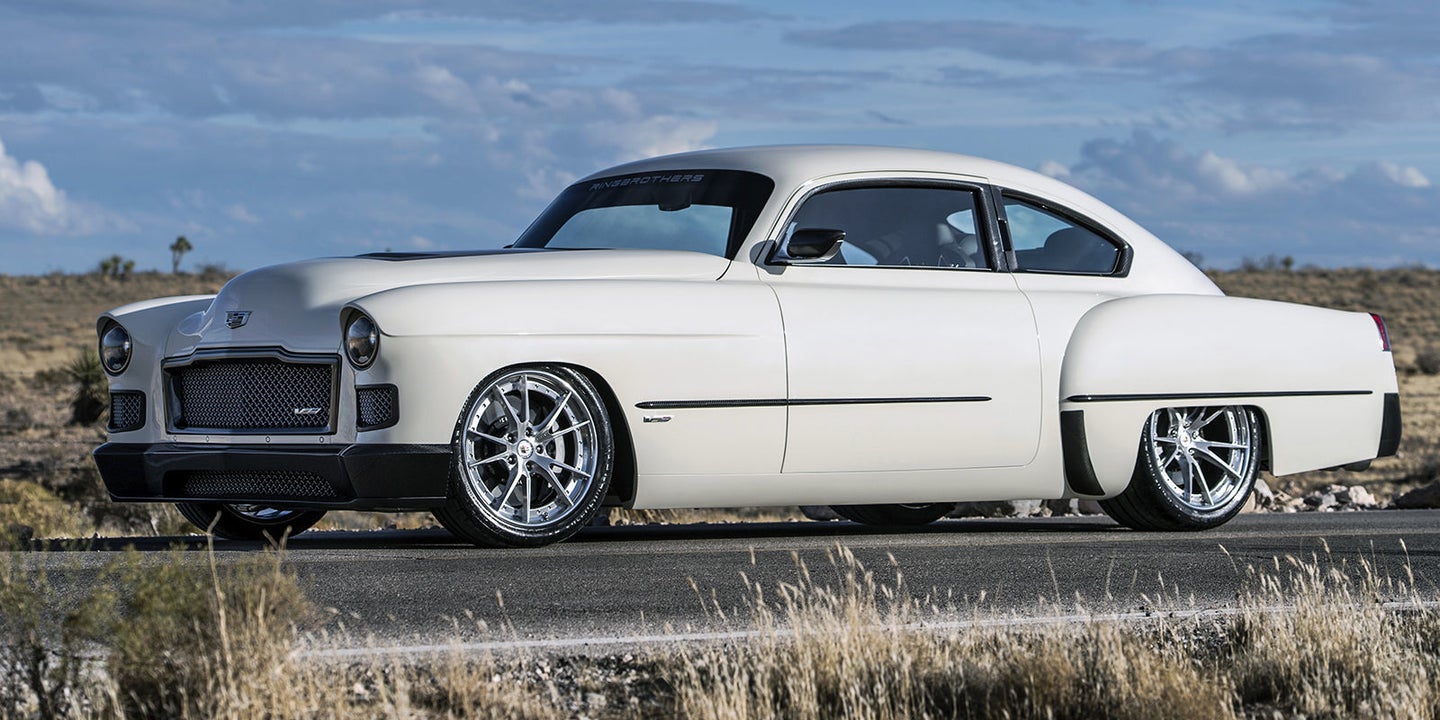 The Ringbrothers may be the nuttiest pair of modifiers out there. They've built a 1,000 horsepower G-Code Camaro, a 1965 Ford Mustang Espionage, and, most recently, a 1948 Cadillac Coupe that sports ATS-V powertrain and unibody components. Dubbed "Madam V", the car took place in the Top 10 Battle of the Builders competition to show off the duo's ability to revamp classic cars with a modern twist. With a mod list too long to type out, the '48 is comprised of brand new parts as well as some that were custom made, making this a real spectacle to builders and enthusiasts alike.

Believe it or not, this rides on (loosely) the same architecture as a 2016 ATS-V. The Ringbrothers lengthened the frame by 16 inches to accommodate the 1948 body—an astonishingly hefty feat to complete perfectly. They then transferred the running gear over from the new car, making this a unique, 464-horsepower build powered by a twin-turbo V6 instead of the company's traditional V8.

It may take the speed from a modern car, but luckily, it maintains a majority of the original style from 1948. The body has been customized, of course, but the Ringbrothers wanted to keep a similar spirit with the classic. Subtle details have been worked in to make all of the touches look like they came from the factory, showing their strengths in OEM+ modification.

Jay Leno takes the Madam V out for a spin in this episode of his popular YouTube series. Watch as he discusses the car with its builders, going through each bit of the car and showing you just how far they've went to make this thing perfect.