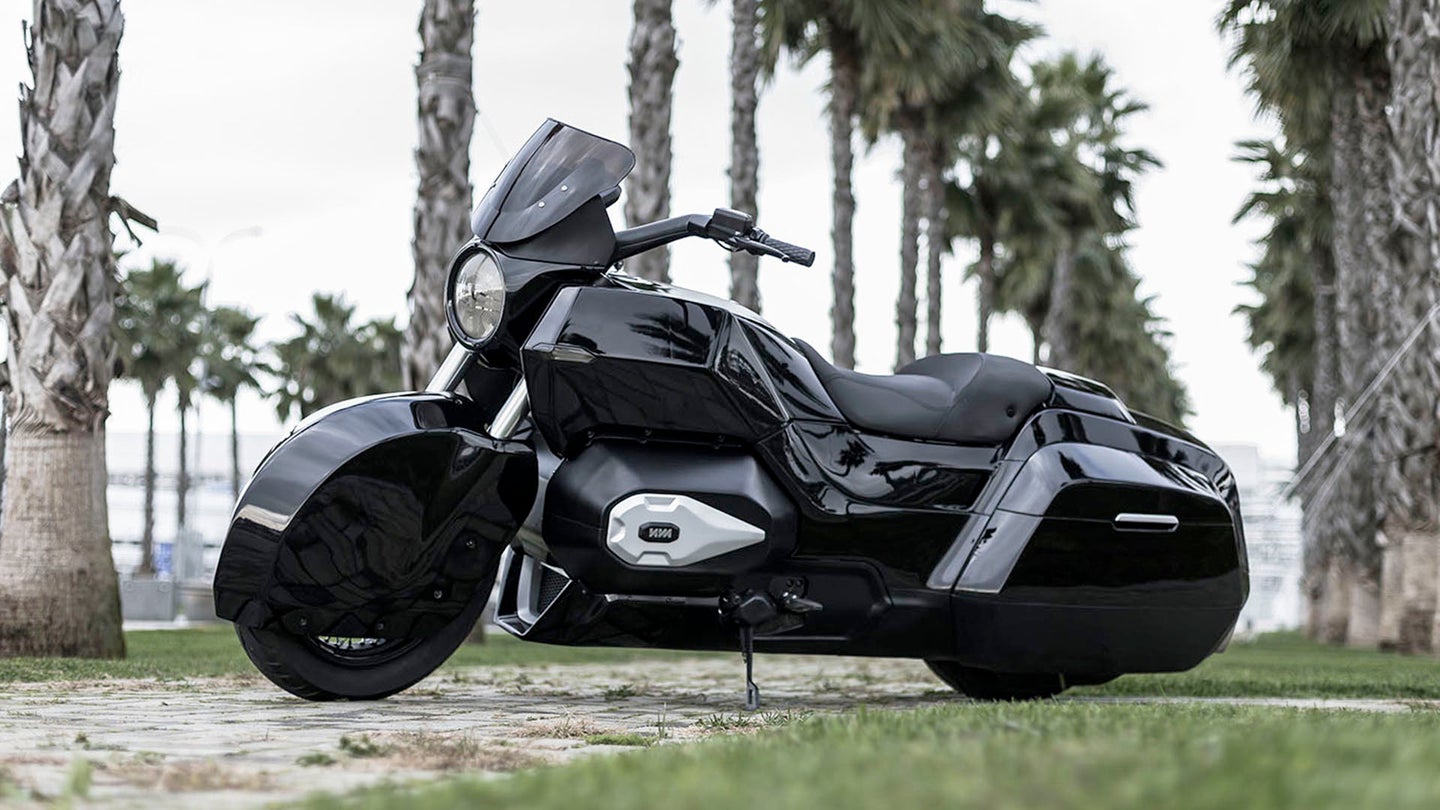 There’s a new two-wheeled brute that’s set to become part of Russian President Vladimir Putin’s official motorcade starting in 2019, according to RT. Designed by Kalashnikov—yes, that Kalashnikov—we're forced to admit this dystopian motorcycle looks a bit more intimidating than the Harley-Davidsons in our own presidential procession.

With about as many blacked-out bits as Batman’s Batpod, the "Izh" has an aesthetic similar to Indian's Dark Horse line of cruisers but with more futuristic flourishes (and gloss). Right now it’s still technically in development, but if the production bike looks anything like this, it’s going to be seriously competitive with anything in this country in terms of styling.

So yes, this thing was designed by world-famous firearm manufacturer Kalashnikov, which has recently branched out into designing and building things that aren't guns like this rideable drone. The bike is being built by Russian firm Rostec, which was also in charge of manufacturing Putin’s new limo that debuted at his 2018 swearing-in ceremony. It’s called the Aurus Senat and it looks a lot like a Chrysler 300 from the front. Both vehicles are part of the “Kortezh” line of specially-designed vehicles for Russian VIP motorcades.

In testing on the Formula 1 track in Sochi, the Izh motorcycle reportedly achieved a top speed of 155 mph despite tipping the scales at 1,124 pounds. For reference, a Harley-Davidson Street Glide weighs "just" 810 pounds. According to the company, the Izh makes 147 horsepower and 132 pound-feet of torque and can hustle from 0 to 60 mph in just 3.5 seconds. Since this bike is intended to escort Putin around and strike fear in the hearts of his enemies, we don’t think that Rostec is too concerned with adding lightness to this cruiser.

As for the bike’s availability, a civilian version of this bike is allegedly being considered for sale in Russia. Frankly, we wouldn’t mind some U.S./Russian collusion in bringing this beautiful monstrosity to the States one day as well.

Putin brought up the possibility of a popular naming contest in an annual speech and the Russian Ministry of Defense quickly set up a website.

Russian company Kalashnikov Concern has developed a rideable, 8-rotor drone, similar in its design and ambition to the ‘Sky-Hopper.’