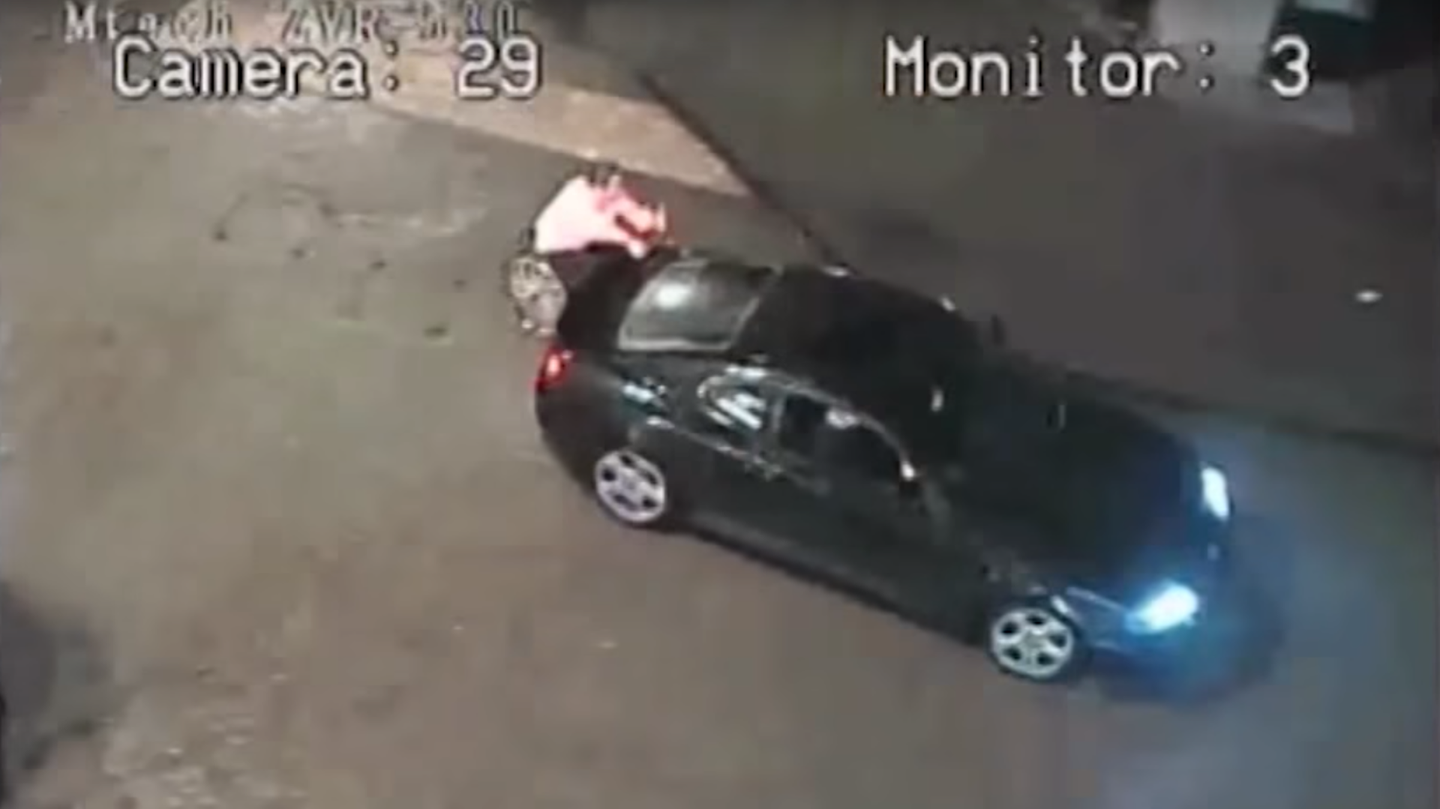 A 20-year-old man has been banned from driving for almost two years after he was caught on CCTV towing his wheelchair-bound friend behind his car through the streets of Harrogate, England on a midnight run from a bar to a nearby McDonald's, according to the North Yorkshire Police.

In the footage, released by police last week, Michael Ward is seen setting off in his Hyundai Tiburon with his friend William MacPherson clinging to the rear spoiler. The streets are slicked with rain (Is it always raining there?), and MacPherson loses his grip several times, so it's not hard to see why this isn't the best idea.

After several awfully sharp turns, the duo finally make it to their destination for some well-deserved Big Macs. In total, they traveled about two-tenths of a mile, which is just far enough to be dangerous and yet too short to really make it worth it.

Authorities threw the book at the pair—Ward pled guilty to dangerous driving, and was also ordered to complete 200 hours of community service and pay a fine of $221 in addition to losing his license. Meanwhile, MacPherson pled guilty to "holding onto a vehicle for the purpose of being drawn" and was fined a total of $270.

"Ward and MacPherson acted selfishly that night. They paid no regard to the safety of other road users or pedestrians and chose to act in a dangerous manner," Officer Rob Roberts said in the department's release. "I hope the sentence that has been handed to them teaches a lesson to both them, and others, that reckless behaviour will not be tolerated on our roads."