Common sense is strong with this one. 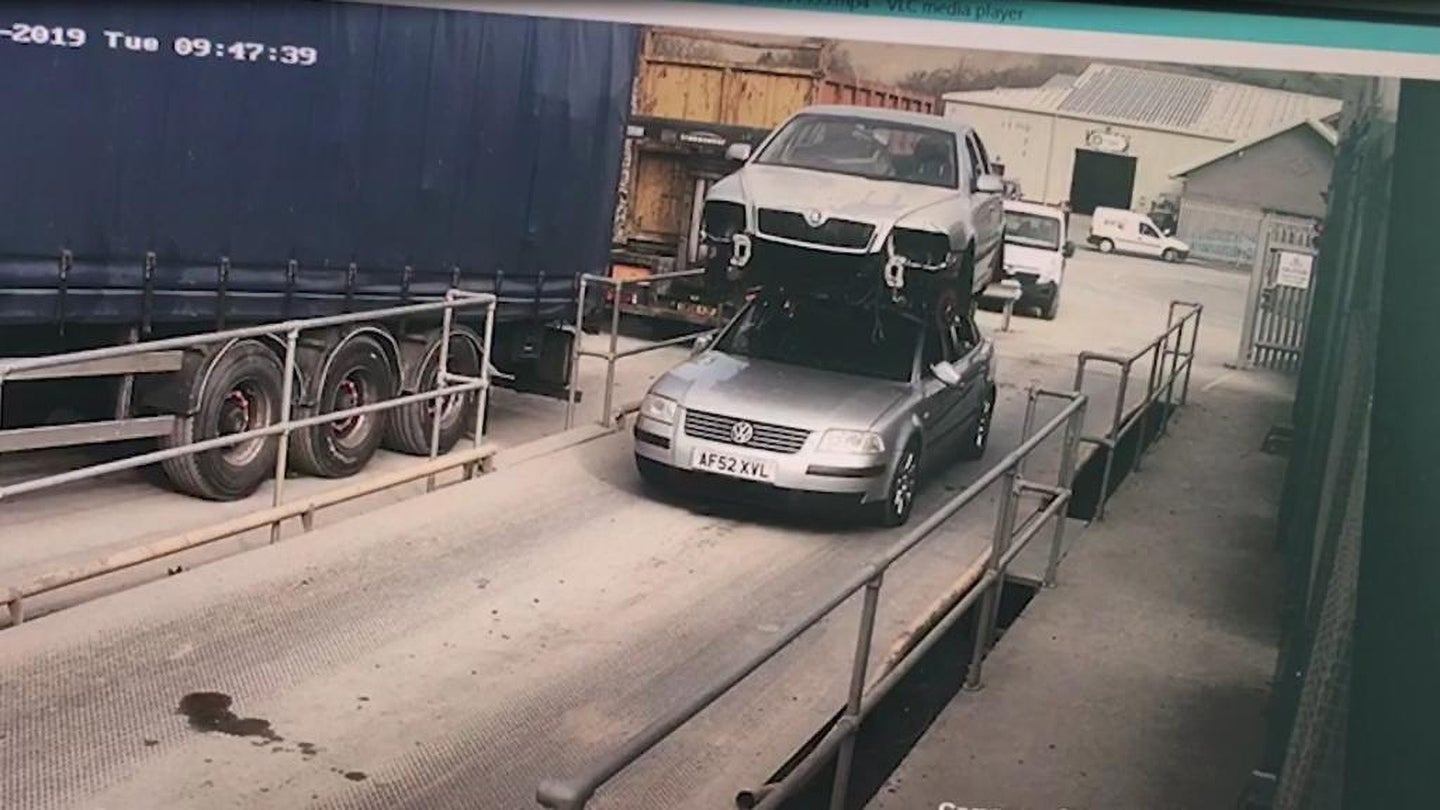 A Welsh man was caught on camera driving what looks like a B5.5 Volkswagen Passat with a Skoda Octavia strapped to its roof. According to Metro, the man was promptly stopped and ticketed by police for his unsafe vehicular ensemble.

Glyndwr Wyn Richards of Llanfarian drove through the Glan yr Afon estate in Aberystwyth, in the Welsh state of Ceredigion, with the Skoda on top of his Passat. It was an effort, he said, to help his friend dispose of the Octavia’s empty body shell. Richards, a mechanic, admitted to police “it was a stupid thing to do.”

While Richards said he strapped down the Octavia as firmly as he could while testing the car’s stability using a forklift, his odd journey spanned just 300 yards and topped out at five miles per hour.

Authorities were unimpressed, particularly since the car wasn’t strapped down at all four sides, which is a regulatory requirement when hauling large items. They fined him £80 and an additional £105 in other court costs. Richards also received three penalty points on his license, for “driving a vehicle in a condition likely to cause danger or injury.”

“Transporting vehicles should only be done via specialist trailers with sufficient straps to fully secure the load to all corners,” a spokeswoman from the Dyfed-Powys Police department told Metro.

“This is incredibly dangerous behavior which could have had potentially devastating consequences and has, quite rightly, been punished accordingly,” a spokesperson from Brake, the local road safety organization, told Metro.

Perhaps Richards needs to lay off Top Gear for a while.