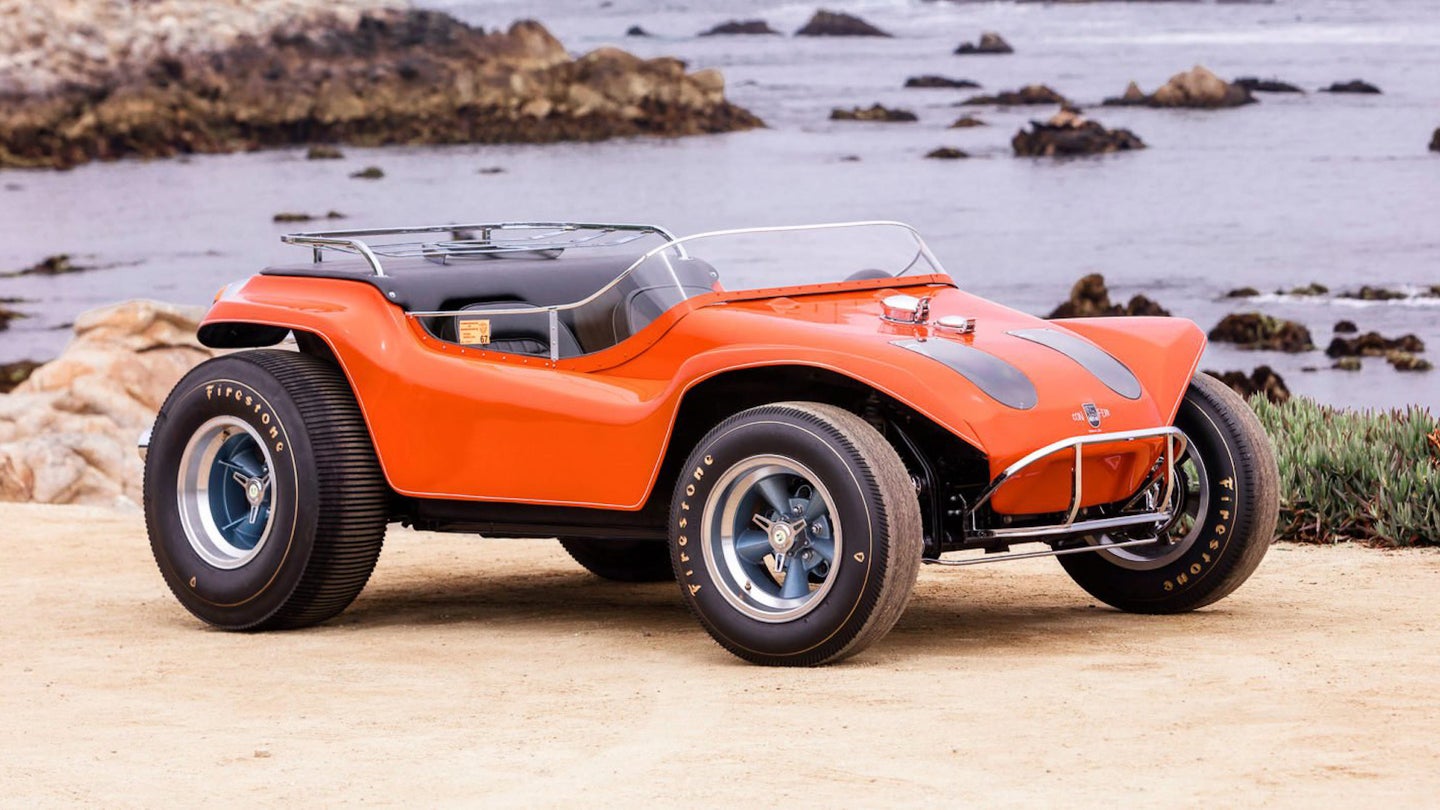 The uber-cool Meyers Manx dune buggy driven by Steve McQueen in The Thomas Crown Affair will cross the auction block in early 2020, boasting a more powerful engine and upgraded suspension thanks to the actor's own help in developing the quirky car.

This machine was built on a shortened Volkswagen Beetle chassis with heavier-duty suspension, wide Firestone tires, and a Chevrolet Corvair engine hanging off the back that's pushing 230 horsepower to the rear wheels through a four-speed gearbox. It weighs just 1,000 pounds, meaning there are only 4.4 pounds of buggy per horsepower—that’s better than a Dodge Viper SRT or Chevrolet Corvette Z06 from just a couple of years ago.

Making the Manx even more special is the little-known fact that McQueen helped design this one himself with a hand from motoring legend Pete Condos of Con-Ferr. At the time he said, “Crown lives at the beach and he has a dune buggy. I helped them design it, so I'm kinda proud of that. It's set on a Volkswagen chassis with big ol' wide weenies—big wide tires on mag wheels, Corvair engine stuffed in the back.”

A couple of days ago, we shared that McQueen’s Mustang from the movie Bullitt will hit the auction block next year as well. Though he was the most experienced driver of any A-list actor at the time, McQueen had to share some of the driving with a stuntman for that movie; this wasn’t the case for The Thomas Crown Affair, as he was able to do all of the on-film driving himself.

There’s no word yet on a price estimate for the Manx, but it’ll hit the auction block with Bonhams on March 5, 2020 at Amelia Island.