The Goodyear Blimp Is Dead 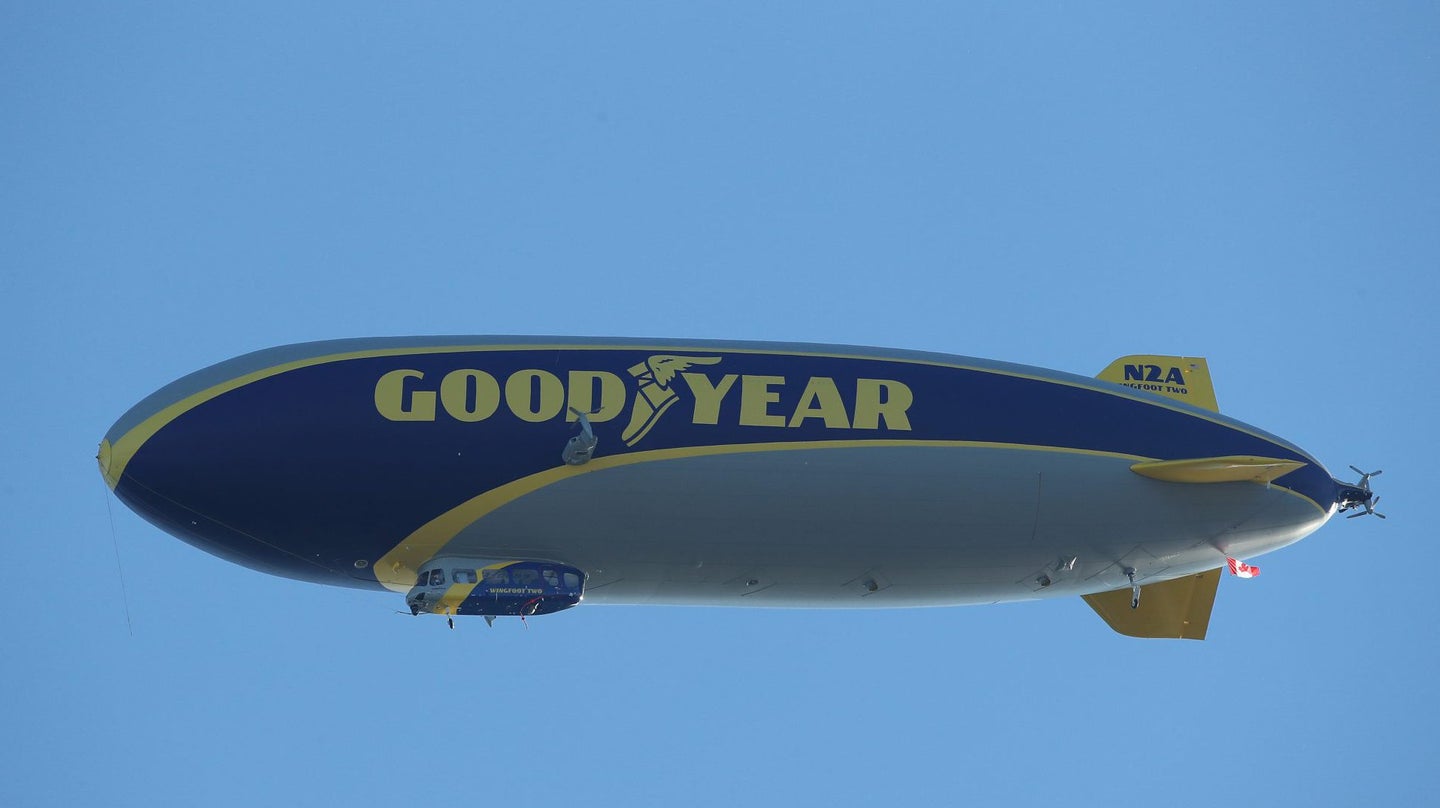 The last of Goodyear's fleet of blimps, the California-based Spirit of Innovation, was deflated for the final time today, flattening into oblivion a tradition that stretched back to the launch of the Pilgrim in 1925.

But fear not, airship fans: Goodyear's familiar blue-and-gold form will still be floating the friendly skies—just in the form of semi-rigid dirigibles.

The Spirit of Innovation's replacement, Wingfoot Two, will appear pretty much the same, but there's a technical difference between a semi-rigid dirigible, which retains its structure even when the helium is released, and a blimp, which goes flat.

The new models are more maneuverable, faster, quieter, and larger—at 246 feet, the modern dirigibles are 50 feet longer than the old blimps—and, with three engines instead of two, can hit 70 mph or more.

Goodyear still plans to refer to the new airships as "blimps," probably for the sake of continuity (and ease). And while you'll know better, probably best not to get too pedantic about things—nobody wants to be the "technically, it's a semi-rigid dirigible!" guy at the party.