A Look at the Weird and Wonderful Promotional Vehicles of 1935

Does a giant hot dog thrill you? Wait until you see this tire. 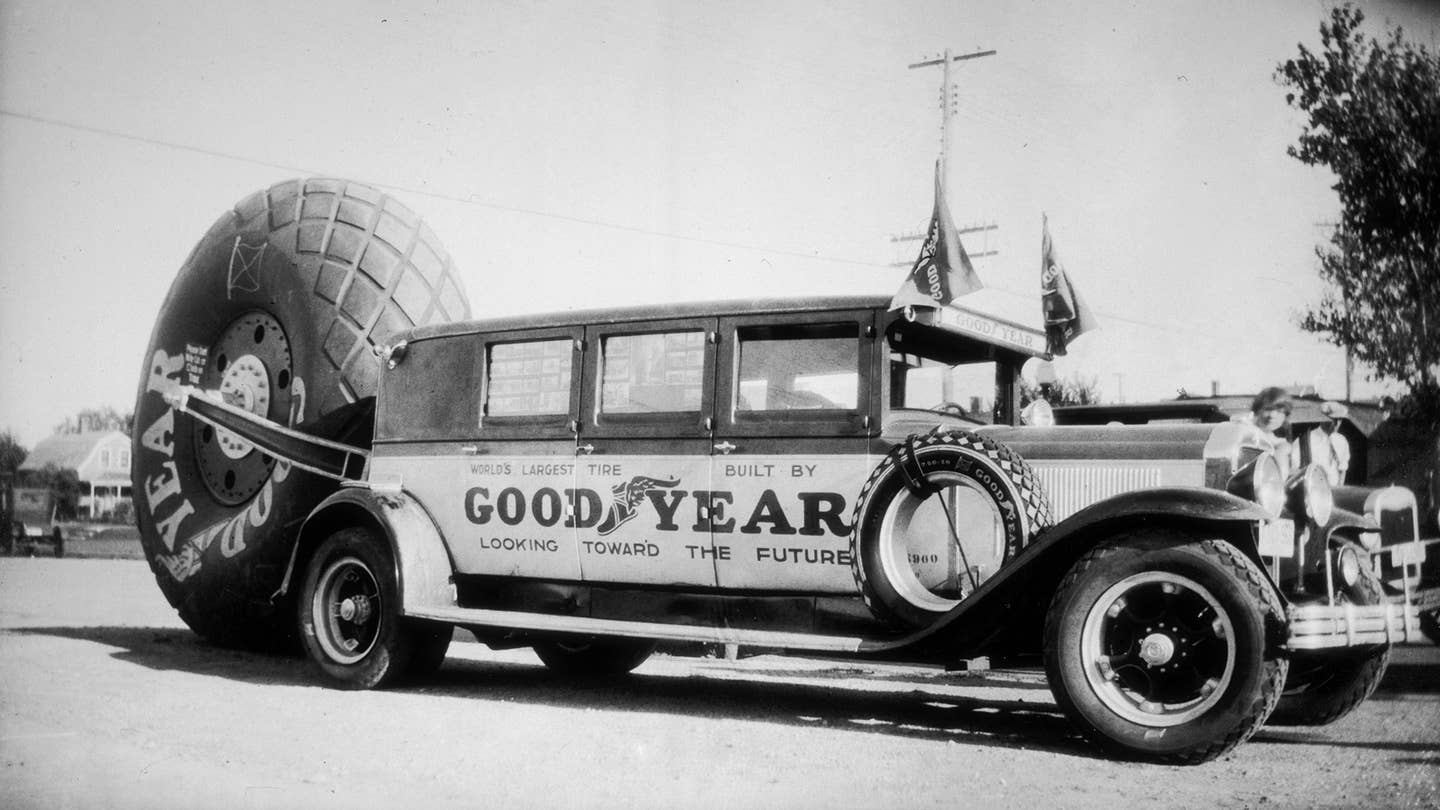 The Internet allows for a near-horrifying specificity in marketing. Did you, two weeks ago, place a pair of blue L.L. Bean duck boots into an online basket, but never make the purchase? If so, ads for those exact boots, down to the color, will populate your Facebook, Gmail and any other frequented page, perpetually, until you cave. Digital marketing: intelligent, personalized, data-driven. Cold and slightly dystopian, but effective.

Then, there’s analogue marketing, circa 1935. The undergirding theory? Let’s make hilariously oversized versions of our products and hope that, somehow, the goodwill begat by outlandish proportions translates into sales. That year, 1935, Oscar-Mayer revealed its ultra-lengthy Wienermobile, whose porcine girth has been thrilling Americans ever since. A few years earlier, Blatz Milwaukee Beer fabricated a glorious stein big enough for half a dozen Brewers to bathe in, then plopped it on the back of a truck. Though “famous” was part of the lager’s title before the promotional truck, only after was that a legitimate claim.

In the annals of oversized promotional vehicles, none shines brighter or plumper than the Goodyear Blimp. In 1925, Goodyear launched the Pilgrim, a true and unstructured dirigible filled with highly-flammable hydrogen. Because a burning orb dripping molten steel and strips of charred fabric is universally acknowledged to hamper, not stimulate, business, Goodyear refilled with blimp with more stable helium the next month. Though it lived in the (literal) shadow of the blimp, this other Goodyear promotional is a pretty cool rig, too. Behind a fairly distinguished limousine emblazoned with the company moniker rolled a tire claimed to be the largest in the world. It’s certainly imposing. The slogan, “Looking forward to the future,” is almost ominous. Does Goodyear anticipate a time when all cars roll on 120-inch rims? Who cares, man. Just check out that humongous tire.