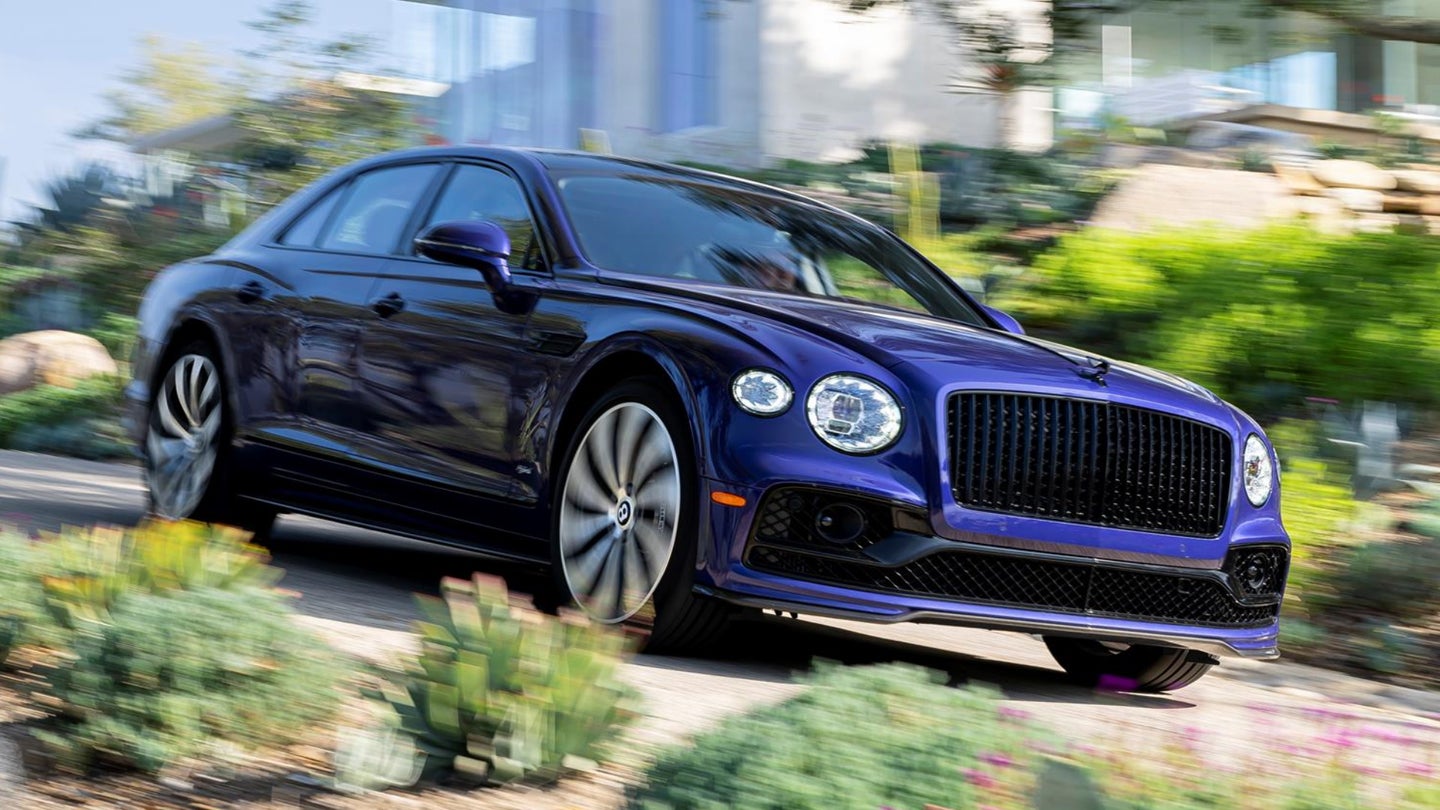 Bentley is joining the ranks of Rolls-Royce in promising an electric future for its ultra-luxury vehicle lineup. The quiet, smooth power of its 12-cylinder engines will be replaced by the even smoother and even quieter hum of an electric motor—and it's all starting in 2025, according to a report by Automotive News.

Per the publication, the British-based, German-owned automaker will conduct the final assembly of an electric vehicle that little is known about in a new factory at its current Crewe facility in England. The only detail that's currently possible to nail down is the fact that the vehicle will use advanced driver aids developed by its parent company within the larger VW Group, Audi. All of this is part of a $3.4-billion spending spree on sustainability that the company is undertaking over the next decade.

Indeed, the automaker's CEO, Adrian Hallmark, said all of this is a part of the long-term sustainable future for Bentley, which will ensure the brand's relevance in the brave new world of eco-friendly transportation. It's a better time than ever for the company to make this move as well. Bentley is among the ultra-exclusive automakers that set sales records during the pandemic. Unlike volume brands that couldn't secure enough chips or other components to assemble their vehicles, Bentley was high and dry and took full advantage of the nature of its customer base. The company is well-positioned for a major change in its lineup. That shift has already begun to occur as the automaker says goodbye to its complicated W-configuration engines and hybridizes the combustion-powered cars it currently produces.

When can we expect more news on Bentley's mysterious EV? Well, the "Bentley Dream Factory" where it's going to be assembled hasn't been built yet, so it will likely be some time before we see any pre-production models hunting around the British countryside for testing. Before then, we'll get to see Rolls-Royce's first EV, the Spectre coupe, which is scheduled to arrive in 2023.

Cars shouldn’t be the focus of a little girl’s birthday party, but the Bentley Flying Spur isn’t most cars.