The superhero we need to share the Grey Poupon. 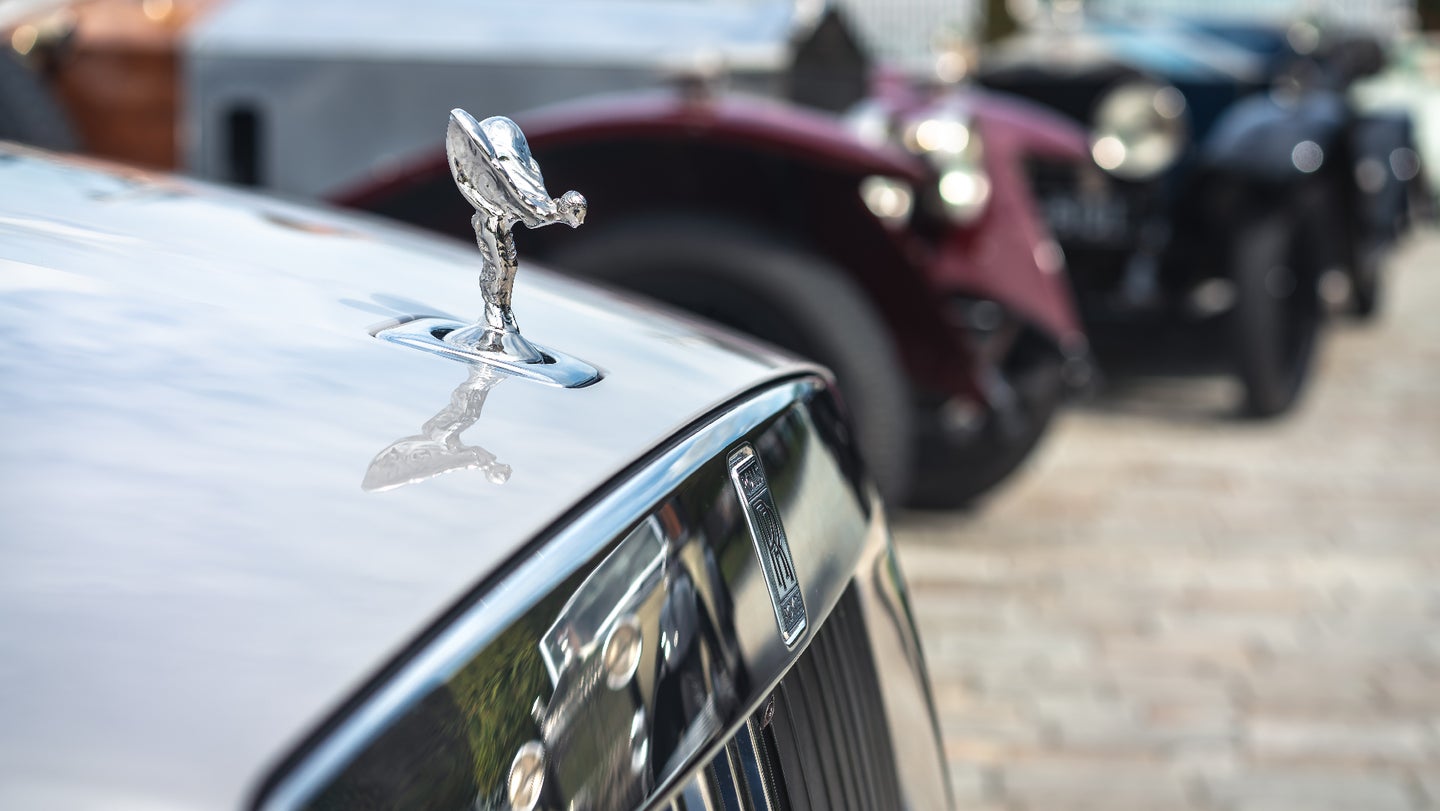 BMW filed a trademark application in Germany for the name "Silent Shadow" this week. Given that the Silver Shadow is a classic Rolls-Royce model name, this sure sounds like it's going to be the name of an upcoming electric Rolls-Royce.

i4 Talk forum member giga_world spotted the trademark application in the German Patent and Trademark Office's online records system. It's listed as being for "Automobiles and their parts," so get excited.

Rolls-Royce already puts an absurd amount of effort and material into minimizing vibrations and soundproofing the cabins of their vehicles from the engine and the outside world, so an already quiet electric drivetrain makes sense for the marque. The new Ghost even had to add a white-noise "whisper" tone inside as engineers had made it so quiet inside that it was a bit eerie.

All that luxury isn't exactly a featherweight, either, so the instant torque of a decent electric drivetrain would be a nice addition.

If this trademark does flesh out into a real car (ahem, we're still waiting for that e-Beetle, Volkswagen), it's cool to see Rolls-Royce resurrecting one of its most recognizable names for a future electrified model. The original Silver Shadow lasted was produced from 1965 to 1980, spanning two generations of the car. It had the single largest production numbers of any Rolls-Royce ever created.

Aftermarket companies like Lunaz are already swapping in quiet electric drivetrains to classic Rolls-Royces, so it's about time the present-day Rolls-Royces caught up.

A Classic Rolls-Royce With a Tesla Swap Makes Perfect Sense

Coming to your local cars and coffee as soon as the body filler dries.