If history is any indicator, the Beetle can't stay gone for long. 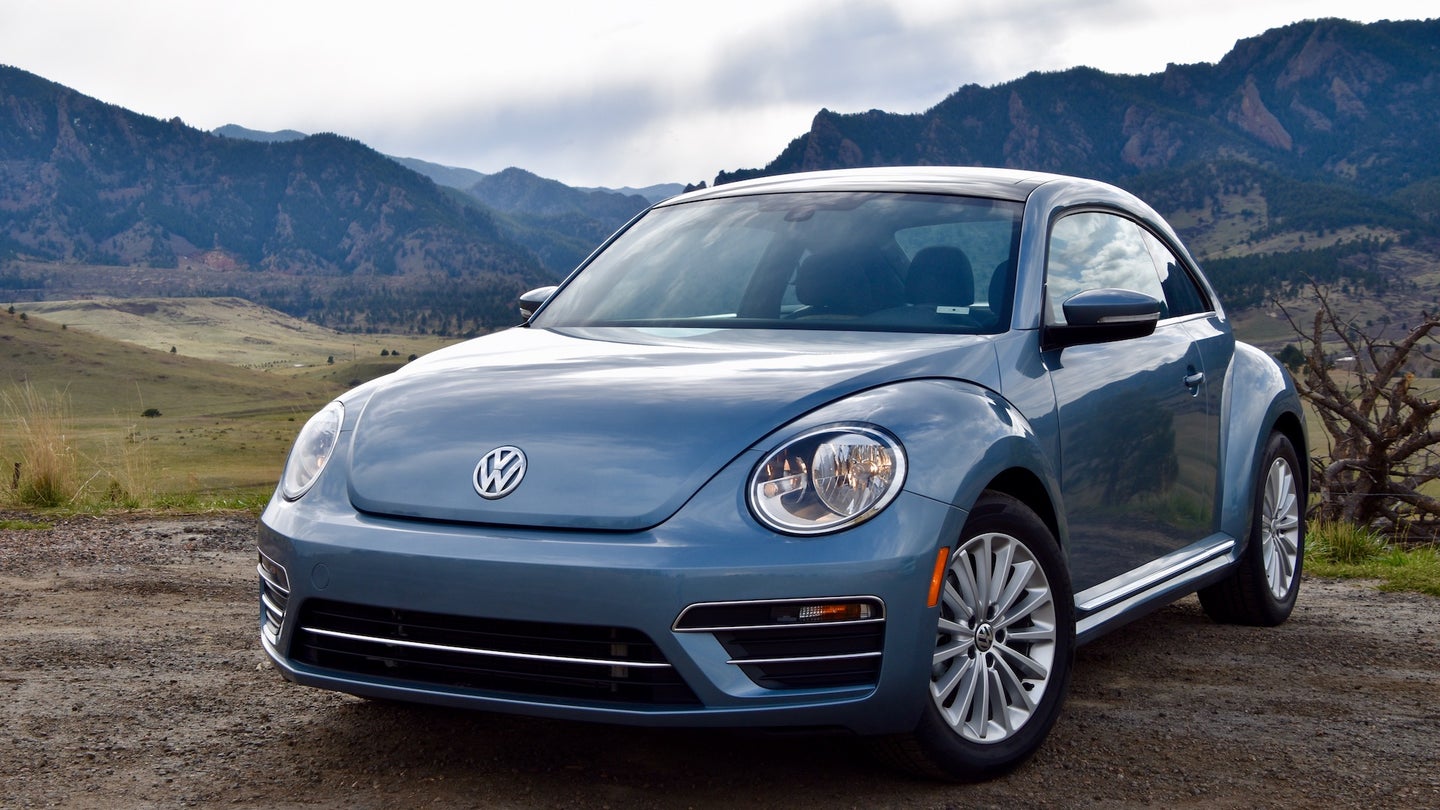 After 74 years of (mostly continuous) service, Volkswagen announced in 2019 that it was killing off its long-loved Beetle—for real this time. No more redesigns, no more punch-buggy road trips with your kid brother, just life as a chapter in the German automaker's history books. At least, that's what we thought. A new trademark filed by Volkswagen suggests that not only might Wolfsburg be bringing back the Bug, but that it could also be powered by electricity.

According to the European Union Intellectual Property Office, Volkswagen filed an application for the "e-Beetle" trademark on Thursday. At the same time, it also submitted several other applications for well-known nameplates, including "e-Golf Classic," "e-Karmann" and "e-Kübel". Two weeks prior, the "e-Samba" also got a trademark filing.

It's worth noting that Volkswagen CEO Herbert Diess told the world just last year that the Beetle is dead forever. As in, really dead, never coming back. And that went against a statement that Diess himself made just two years prior, hinting that the People's Car could eventually become powered by batteries and built on the Volkswagen's all-new MEB platform.

Diess classified the Beetle as an emotional concept that the brand needs—that is, an unconventional vehicle that carries forward that brand's strong heritage. The Beetle certainly fits into that category, as does the Microbus and Kübelwagen.

We already know the Bus will be reborn and electrically powered in 2022, and the trademark for the e-Kübel suggests something else could be on the horizon. Perhaps a CrossCabriolet of sorts? It's too early to know for sure, but the trademark filing covers vehicles, motor vehicle parts and accessories, as well as vehicle service.

If not an outright revival, another possibility of the trademark is to legitimize an expansion on reviving classic Volkswagens. In late 2019, VW unveiled its partnership with eClassics, debuting two E-Käfers, ("Käfer" meaning "Beetle" in German) which were essentially Type 1 Beetles retrofitted with components derived from the E-Up! city car.

Volkswagen displays strong pride in its rich heritage, especially when it comes to sporty and classic nameplates. It would't be too far-fetched to expect the brand to revive one of its most iconic vehicles of all time, but that's for us to find out later.