Thanks be to the man who penned one of the most enjoyable cars of all time. 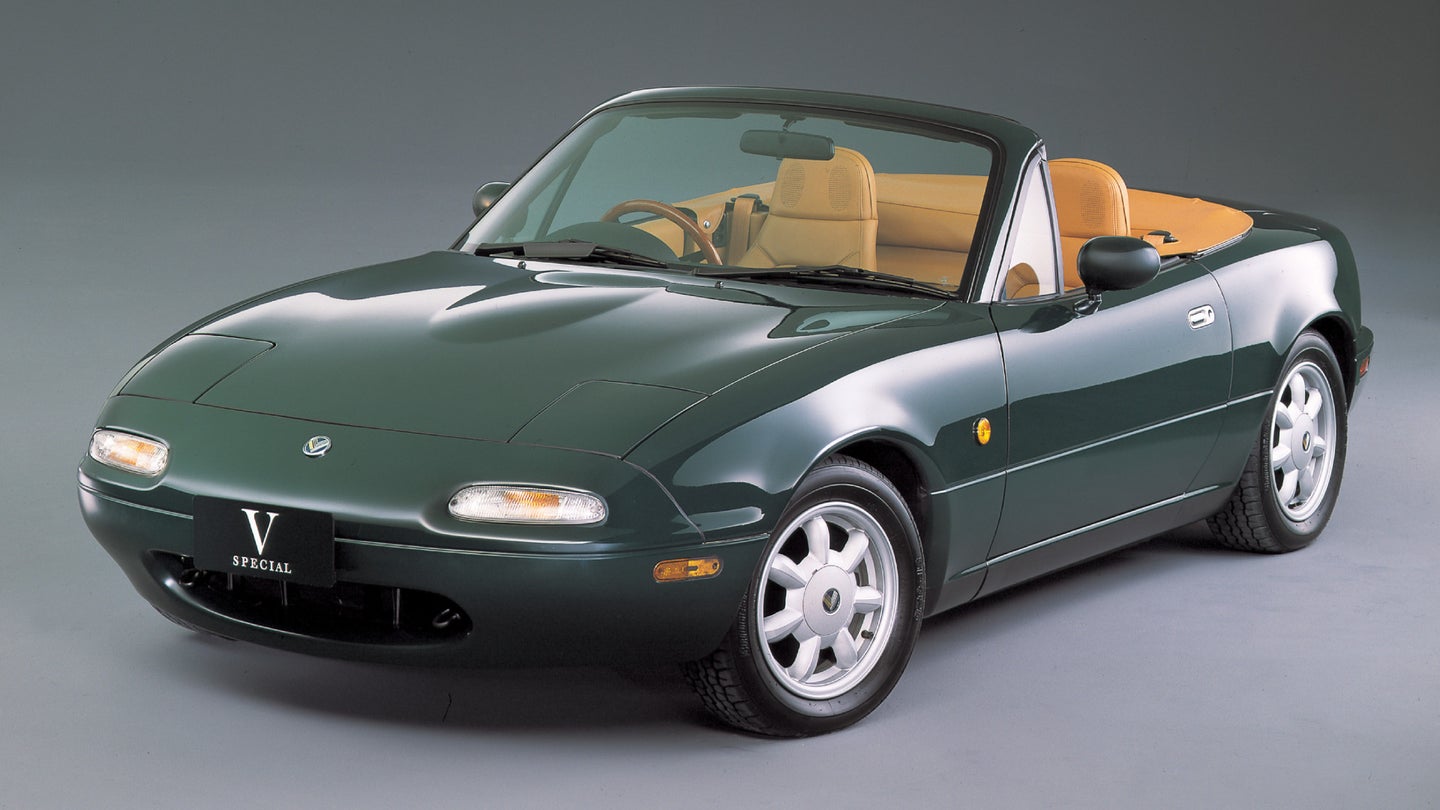 The first-generation Mazda Miata, known as the MX-5 outside America, was a game-changing car on its release in 1989. It took the best parts of old British roadsters, and combined them with legendary Japanese reliability. All this was wrapped up in a cute droptop body wearing an approachable, cheery smile. Shunji Tanaka was the man behind that design, and sadly passed away earlier this month at 75 years old, as reported by CarBuzz.

A Facebook post from a close friend announced Tanaka's death, without mentioning the cause. Reportedly, the designer's last words were "I have no regret in my life," a heartening message that suggests Tanaka lived well.

The idea to build the Miata sprung from the mind of Bob Hall, an automotive journalist who met with Mazda in the early 1980s. Hall missed the top-down fun of the British roadsters of yore, and yearned to see a similar car return to the marketplace. Upon joining Mazda, Hall was given the opportunity to pursue the project, leading to a design competition between Mazda's California and Japanese design houses.

The front-engined, rear-wheel drive concept from California was selected as the winner, and Tanaka was given the job of working up the production-ready car. As Chief Designer on the Miata project, Tanaka had some misgivings around the design, believing it to be too American. He refined the concept to more accurately reflect, in his eyes, its status as a lightweight sports car.

In an interview for Brian Long's book on the Mazda Miata, Tanaka shared his favorite aspect of the design, stating "I like the rear view when the car is open—I believe the rear view of a sports car has to be cute!" Inspiration was drawn from traditional Japanese art, with Tanaka sharing that "You will notice that the lines enclose an aesthetic consciousness, giving different feelings depending on the angle from which the car is viewed, just like a Noh mask."

Through Tanaka's efforts, as well as those of engineers Toshihiko Hirai and Takao Kijima, the Miata went on to become a huge success. Over 430,000 original NA Miatas were built, earning a legacy as the fun, affordable sports car. The model's importance to the broader car community cannot be overstated; enthusiasts often note the car's enduring relevance with the popular phrase "Miata is always the answer."

Tanaka's work remains to this day as a shining example of how to nail a brief; he designed a fun sports car that looks as excited to go for a drive as you are. While Tanaka may no longer be with us, his contribution to automotive history will not be forgotten.

I Never Loved My Project Miata. So Why Does Selling It Hurt so Much?

They say you should never settle. I certainly did when I brought my 1992 Miata—but now it has to go, and I’m strangely sad about it.