Grassroots racers now have even more opportunities to climb the Road to 24 ladder with financial support from the series. 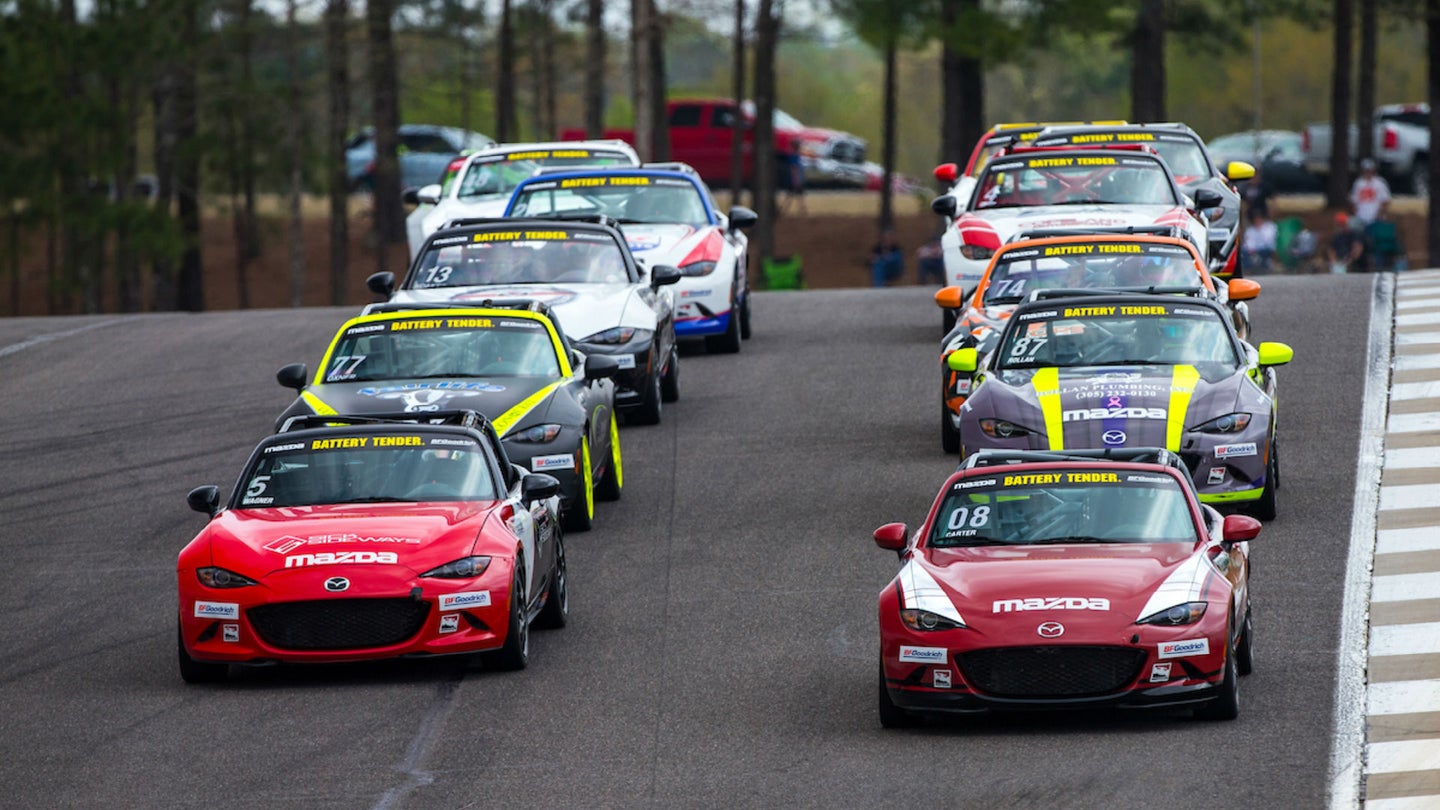 Following a year of momentous changes, from introducing a new and improved Miata race car to awarding more money in scholarships than ever before, Global Mazda MX-5 Cup is upping the ante once more in 2020. The vastly popular grassroots racing series is furthering its commitment to blossoming drivers by introducing a $500,000 prize package for next season. In all, that's an increase of $125,000 over 2019.

What's more, these winnings will be distributed amongst the field while still retaining the largest rewards for top performers. For example, the champion of Global Mazda MX-5 Cup's ND2 category will receive $200,000 in scholarship funds, which enables them to compete in a season of IMSA Pilot Challenge behind the wheel of the new Mazda3 TCR race car. Second place through fifth place will then earn an increase in prizes as well.

The series' Rookie of the Year, meanwhile, will earn $75,000 to be applied to the 2021 Global Mazda MX-5 Cup championship; prizes will subsequently be awarded to the top five rookies.

Finally, ND1 championship winnings will be dealt through third place with the category title-winner gaining $35,000 to put toward the ND2 championship in 2021.

"We are proud to continue our investment in the Battery Tender Global Mazda MX-5 Cup," said Masahiro Moro, chairman and CEO of Mazda North American Operations. "These racers are the true embodiment of the Challenger Spirit that we all strive for at Mazda, and the feedback that we receive from our dealers, clients, and employees about the series is tremendous. The close and exciting racing is not only a testament to the skill of the drivers, but to the Mazda engineers who have developed the most popular sports car in the world."

Series sponsor Battery Tender will continue to pay` $1,000 apiece to the driver and crew chief who advance the most positions in each Global Mazda MX-5 Cup race.

These collective efforts reinforce the series' commitment to improving future professionals, of which several have continued on to other rungs of the Road to 24 ladder. With the introduction of the 2020 Mazda3 TCR, racers now have another factory effort to strive for on their way to future sportscar ventures.