The MGB was one of the first cars to feature crumple zones, and without cars like the MGB, there certainly wouldn’t have been a Miata. 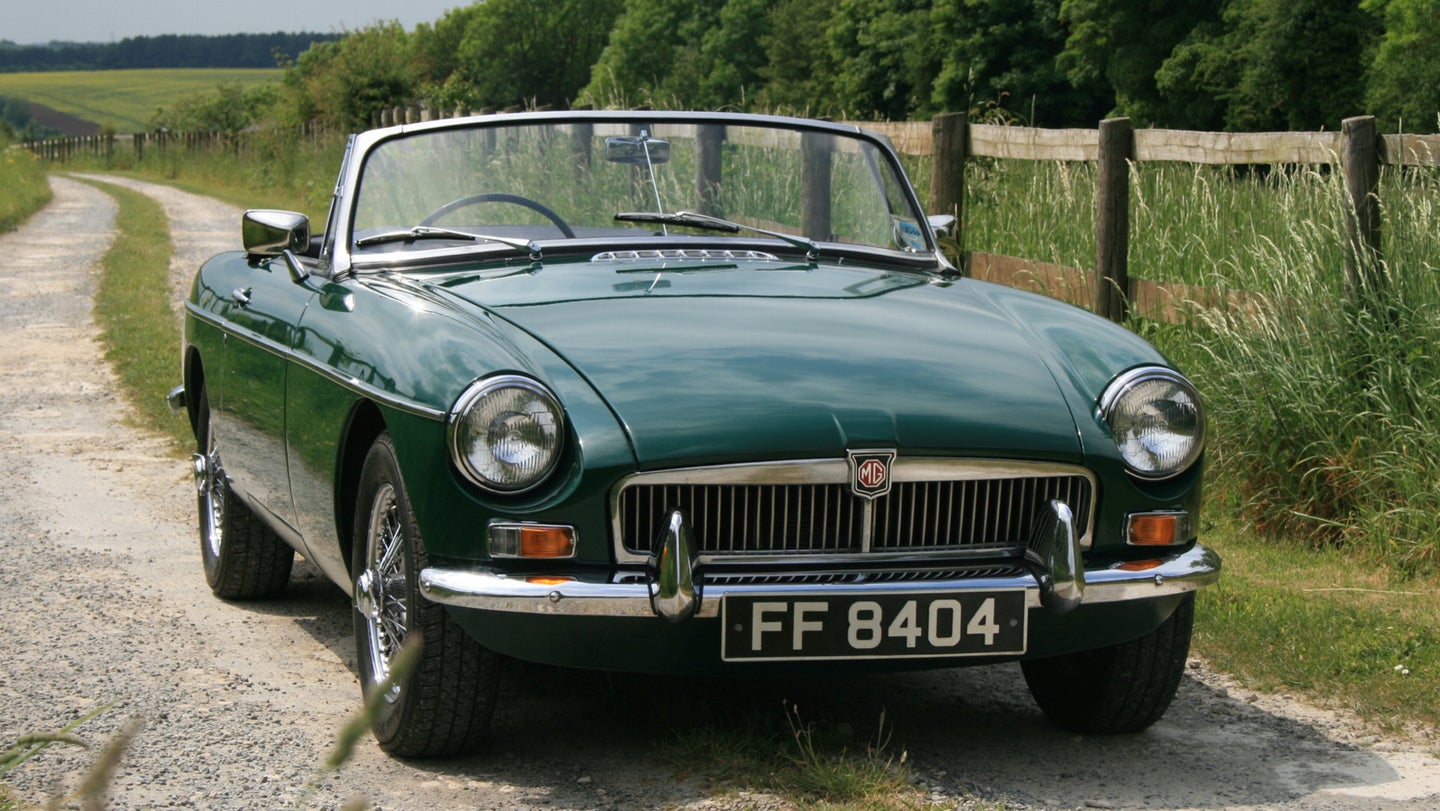 Don Hayter, MG's last Chief Engineer, died Friday, October 9, reports the MG Car Club. Hayter played a major role in the design of the MGB, a highly influential and innovative roadster that went on to become the best-selling MG sports car of all time.

Hayter came to MG from Aston Martin in 1956, at which point he was named the company's Chief Body Draughtsman. There, he worked on the MGA Twin Cam, but soon started working on the MGB. The MGB was a state-of-the-art design for 1962, when it debuted. It was a unibody car as opposed to body-on-frame, and it was one of the first cars to feature crumple zones that would protect the passenger compartment in collisions under 30 mph, according to Conceptcarz. You can see photos of those crumple zones in testing over on MGB Stuff here.

Hayter was responsible for turning the MGB from a prototype into a buildable car, finalizing the windshield, hood and dashboard designs. The MGB had a long life, remaining in production from 1962 to 1980.

After the MGB, Hayter went on to work on the MGB GT-based SSV-1 safety car and the MGB-based straight-six MGC GT race car. He was later appointed Chief Engineer of MG in 1973, where he stayed until MG's Abingdon facility was closed in 1980, per the MG Car Club. Hayter retired from automotive work at age 56, but kept putting his design skills to good use as an engineer for Nuffield Orthopedic, where he designed mobility products for the disabled.

"I went in and worked with people with Cerebral Palsy, Motor Neurone Disease and injuries and handicaps who needed special wheelchairs," Hayter told Hemmings. "I designed a wheelchair installation with a foot control for a 30-year-old guy who only had motor control of his right foot. He'd never been independent before, but once he got that chair, he wore it out in a fortnight! That was one of the best jobs you can have, helping people like that."

For Hayter, the MG job was the longest and the most fun, but his last job working on wheelchairs was the most rewarding. His influence in the automotive world will continue to live on at every track day imaginable today. After all, if it hadn't been for roadsters like the MGB, there never would have been a Mazda Miata.

Correction 10/10/2020: A previous headline for this story incorrectly stated Mr. Hayter's age at the time of his passing. It has since been corrected.

Honestly, is $40k really a princely sum for something so pure and awesome?

Yes, MG is still around—and it’s getting into the truck game.