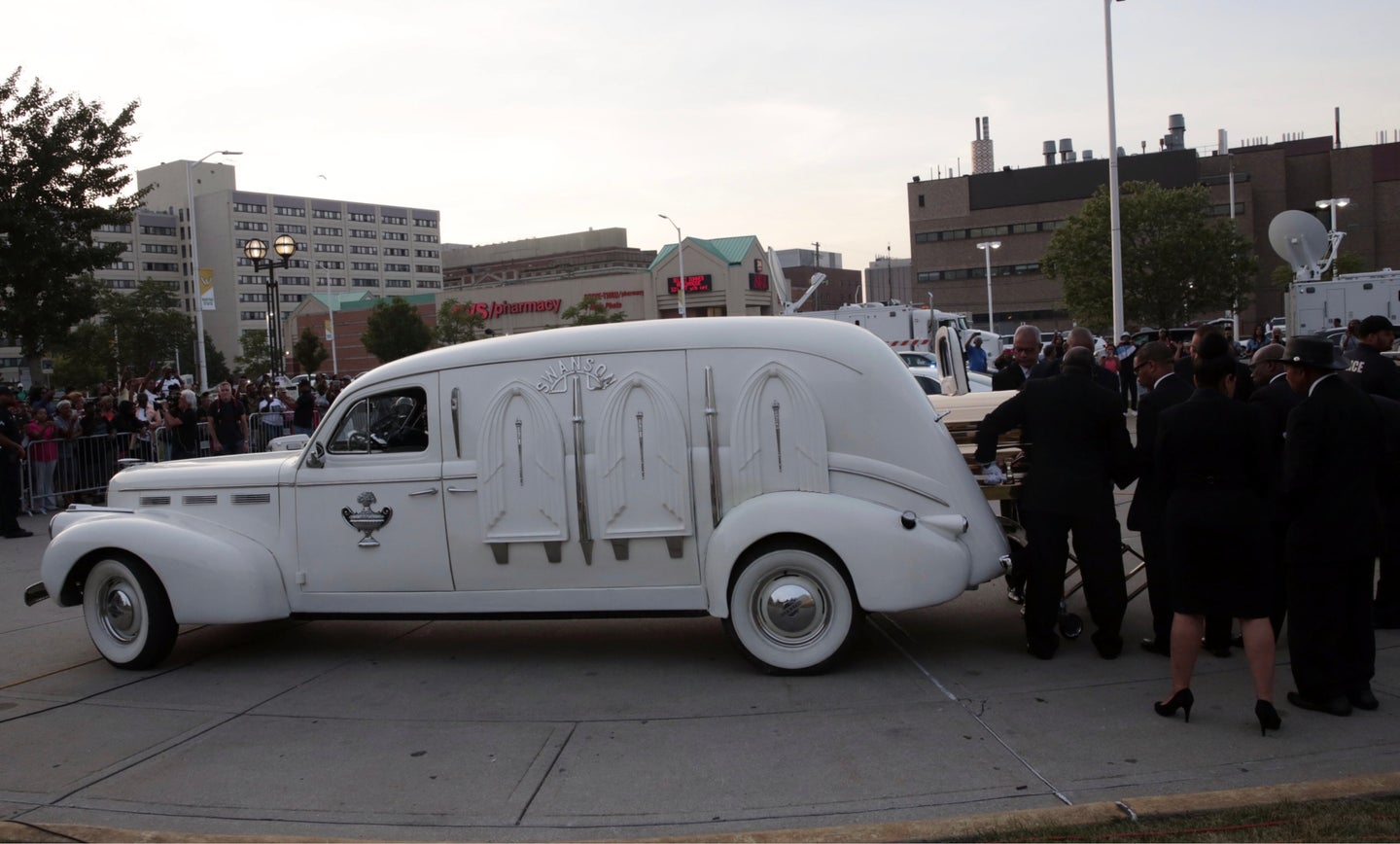 In the first of three days of public viewing and visitation for Aretha Franklin, the soul-singer’s gold casket arrived in classic Detroit-car style. A 1940 LaSalle hearse carried Franklin’s body to the Charles H. Wright Museum of African American History in Midtown Detroit at 7 a.m. Tuesday, Aug. 28, according to the Detroit Free Press.

The LaSalle was part of General Motors Cadillac division and was manufactured from 1927 to 1940. It was meant to bridge two segments within the GM brand—the luxurious Cadillac and the lower end Buick.

This particular LaSalle hearse has been synonymous with the Swanson Funeral Home in Detroit since it opened 60 years ago. It’s luxurious aesthetic has served many high-profile funerals such as civil rights icon Rosa Parks, David Ruffin of the Motown group The Temptations, and Franklin’s father the Rev. C.L. Franklin.

“It was a very cool car and absolutely speaks of Detroit,” Jonathan Klinger, spokesman for Hagerty Classic Insurance, told Detroit Free Press. “The LaSalle from that era had a perfect combination of sportiness and luxury. It’s just very fitting that a classic icon of Detroit, Aretha, was driven by a classic automotive icon of Detroit.”

Franklin’s public viewing at the museum will be held from 9 a.m. to 9 p.m., Tuesday and Wednesday, Aug. 28-29. Thursday, Aug. 30, visitation moves to New Bethel Baptist Church from noon to 4 p.m., followed by “A People’s Tribute to the Queen” concert in Chene Park Amphitheatre at 6 p.m. Friday, Aug. 31, will close the week-long going home celebrations for the multi-Grammy Award winner during a private funeral service at Greater Grace Temple.

The 76-year-old chart-topping recipient of the Presidential Medal of Freedom died in Detroit Aug. 16 from advanced pancreatic cancer.

GM Investing $175 Million in the Next Generation of Cadillac Sedans