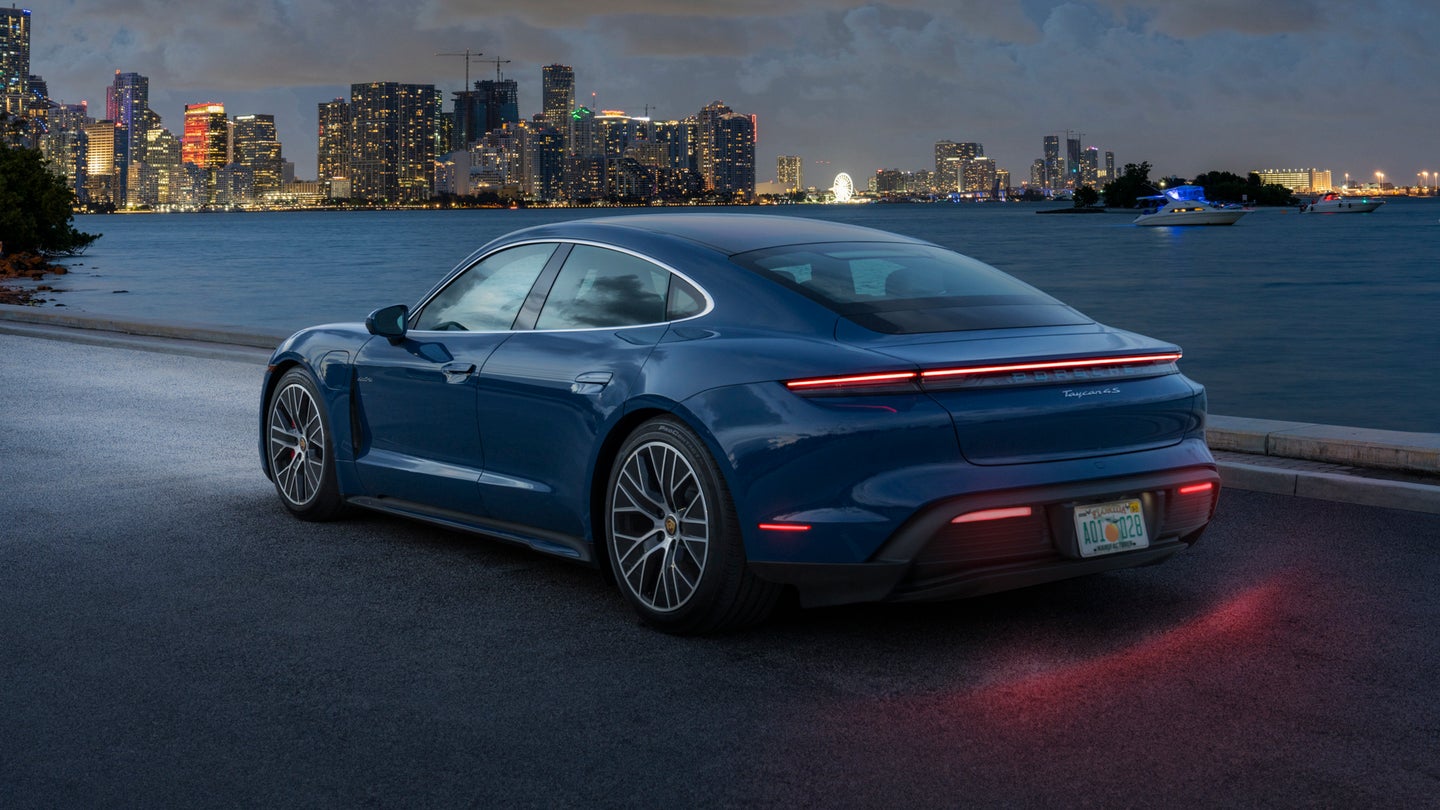 To Porsche, embracing electric vehicles means taking a serious stab at them, and being willing to let them outshine its legacy models. And it's done exactly that with the Taycan. This past quarter in the United States, Stuttgart's EV outsold all of Porsche's lineup short of its crossovers.

Last quarter, Porsche delivered 15,289 vehicles in the United States, almost two-thirds of which consisted of the Cayenne and Macan. Next behind them came the Taycan, which with 1,861 sales outsold the 911, at 1,621. That also means the Taycan outsold the Panamera and 718 (Boxster and Cayman) combined; the two account for 1,090 and 753 of Porsche's sales last quarter respectively.

Similar patterns hold true for year-long sales, making the Taycan Porsche's bestselling non-crossover in the States. The 911 is raging against the dying of the light, though, by gaining sales volume anyway, rising 3.4 percent over Q3 2020 and 5.1 percent year-to-date over Q1. It did so despite Porsche's U.S. sales actually declining 1.7 percent from Q3 last year, Porsche attributing supply chain problems (probably chips) for its dip.

Year-long performance is better overall, though, sales rising 29.9 percent over this point last year, eclipsing even pre-pandemic sales volumes in 2019. Porsche is doing just fine, thank you, and will surely only do better when the Macan EV arrives in 2023. And whether it challenges the combustion-engined Macan or simply settles in above the Taycan, Porsche will be pleased.

Yes, you really do need 750-horsepower launch control and gravel mode in a family-friendly wagon.