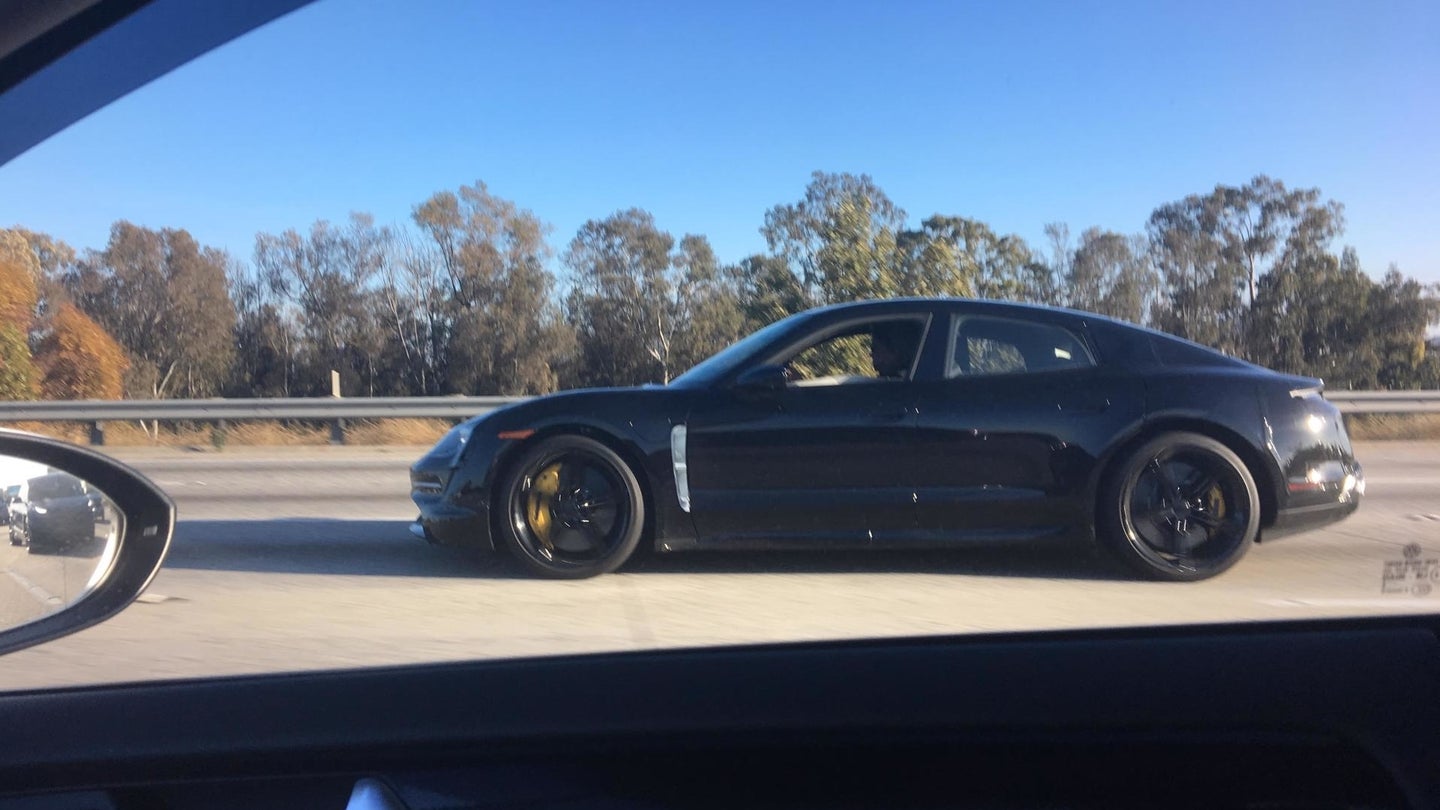 Porsche’s eagerly awaited fully electric Taycan is tantalizingly close. Over the last year, Porsche has done its level best to tease, hint, and nearly unveil a production-ready car far ahead of its Frankfurt-bound première. And Porsche isn’t about to slow down its campaign of camo-less Taycans as another was spotted slicing through California by one of The Drive’s avid readers.

Spotted in traffic along Los Angeles’ infamously congested 405 Freeway, the Porsche Taycan can be seen with almost zero camouflage or traditional automotive mule cladding to hide the car’s exterior lines. Based on the pictures sent in, the only portions still being secreted away by cladding and tape are the Taycan’s rear taillights and lower rear fascia, which also still holds fake exhaust pipes.

According to the tipster, the upcoming Porsche Taycan and its driver—who’s seen leisurely driving on the 405 Freeway with the window down and their arm out—was heading south along the highway, driving away from the Los Angeles International Airport. The spy photographer said, “I first saw it around LAX and drove with it until close to the Porsche Experience Center.”

It would make sense that the all-electric Taycan would be heading toward Porsche’s new Experience Center in Torrance as the company has continued to install its revolutionary 800-volt, ultra-fast charging system, which was specifically designed for the car. And Porsche will need to build more as the company saw at least 20,000 pre-orders as of March of this year. And that number has increased as Porsche’s already added a second production line to the factory where the Taycan will be produced.

The Frankfurt Motor Show kicks off later this year and we’ll have the full engineering breakdown once Porsche fully unveil the car. However, based on how many production mules, spy shots, camouflage-less cars we’ve seen running around the globe, we may or may not get an far earlier than expected look at the first ever electric Porsche.