After initially limiting charge, they now have a diagnostic and hardware fix for faulty cells. 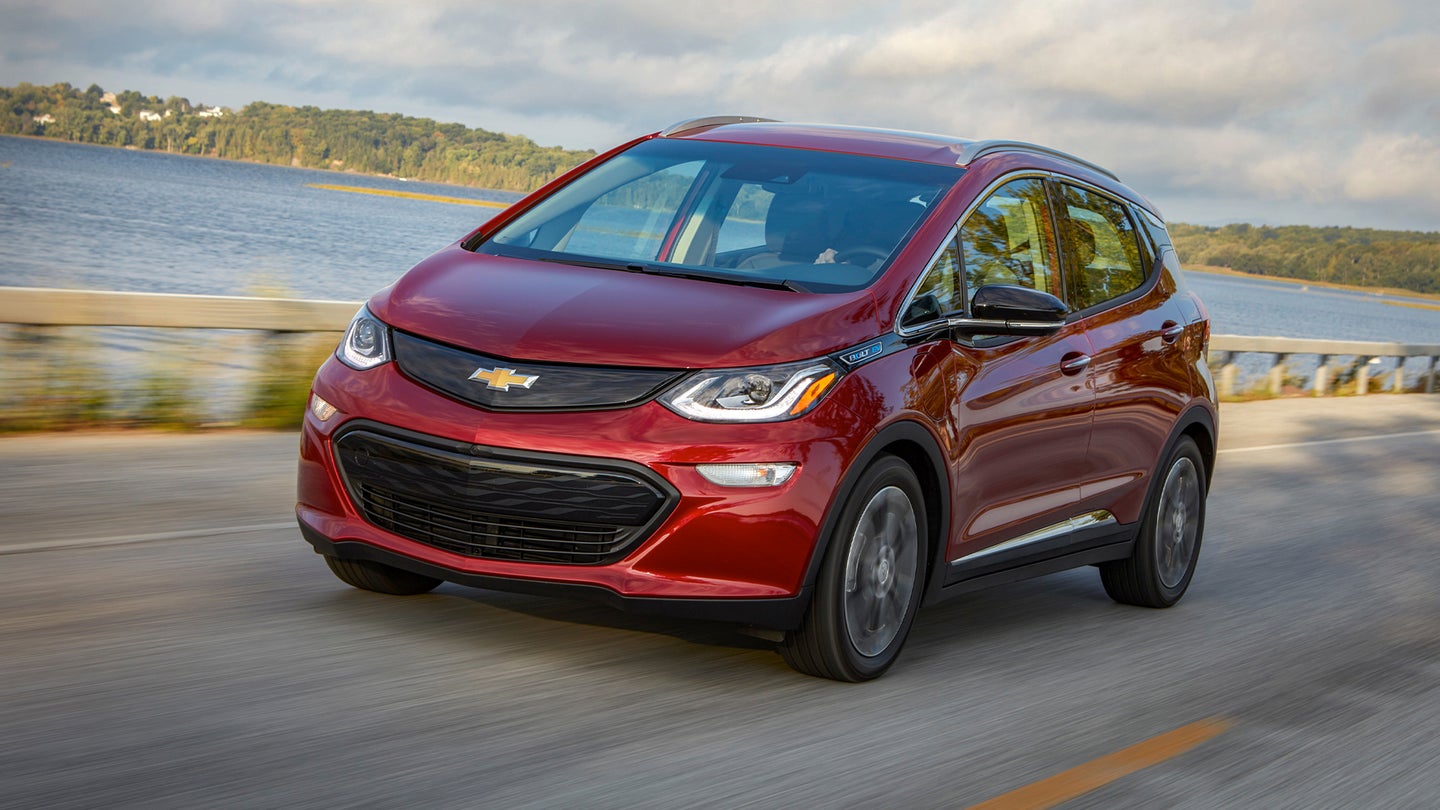 Last November, GM issued a recall notice for 2019-and-earlier Chevy Bolt EVs that was titled "High Voltage Battery May Melt or Burn." That's a really bad thing to happen to a battery, if you were wondering—and extremely dangerous. Pretty much the worst thing that can happen to an EV is the battery catching fire.

Back in 2019, GM wasn't building enormous Ultium factories in the United States and when the cars were recalled, the reason was given as "A certain number of these vehicles were built with high voltage cells produced at LGChem’s Ochang, Korea facility that may pose a risk of fire when charged to full, or very close to full, capacity." The fix in November was to install updates on the vehicles that limited their charging to 90 percent while GM investigated a proper fix—which it claims to have now.

Now GM says it has a definite fix for the problem and has issued an updated recall. Chevy Bolt drivers need to take their car to their local dealer, who will run a diagnostic procedure that GM has developed specifically to look at this problem and which can work out if the car's battery is one of those at risk. Where they find the danger cells, batteries will be replaced and, of course, the whole thing is free of charge because most automakers do not expect you to pay for your car not to catch fire.

When the fix is done, GM is also updating the car's software to prevent the risk of this situation ever occurring again. The automaker said in a statement, "The remedy will also include the installation of advanced onboard diagnostic software into these vehicles that, among other things, has the ability to detect potential issues related to changes in battery module performance before problems can develop."

Nice! Not going on fire is an awesome quality in a car. In its announcement, Chevrolet says that 2019 Bolts can go in for the fix right now while 2017 and 2018 model owners will be able to by the end of May.

It's a tragedy the owner of this now-toasty Bolt featured by Jalopnik couldn't make it to the dealer in time.

The advanced diagnostic software will also be available to the later Bolts that are unaffected by the issue, including the 2022 models.

Chevy kept what was great about the old Bolt while dropping the price by more than $4,000. And now, there’s even a roomier version.