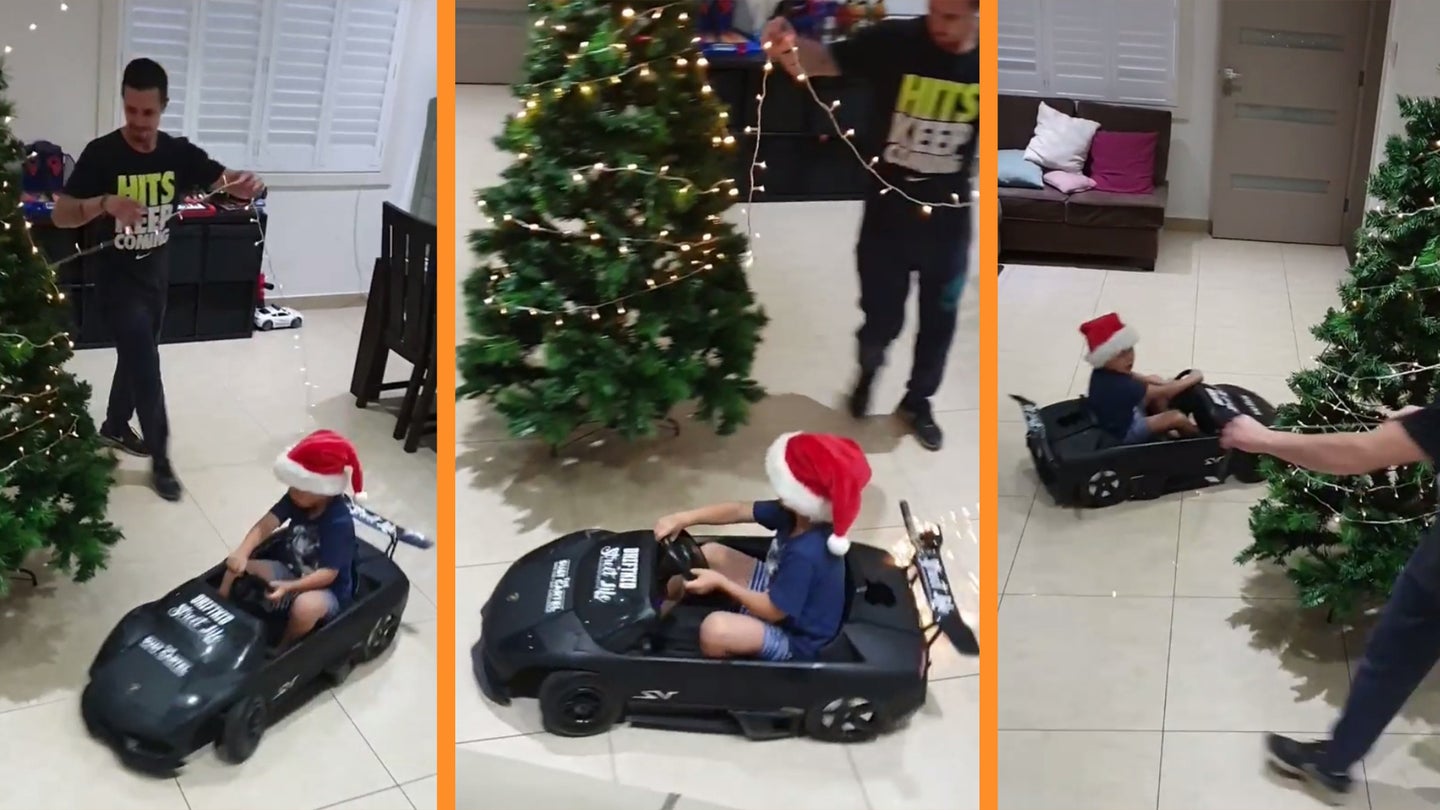 Plenty of little gearheads are gifted battery-powered toy cars each year for Christmas, but how many actually put them to good use? We've found at least one, who certifiably shreds donuts around his family's tree with a miniature Lamborghini Murcielago.

This video hails from Facebook where the clip has gained thousands of shares thanks to the undeniable skills of Drift Kid. He apparently got a head start on the drift life back in 2018 at the ripe age of three, when he established himself on social media with his own official page. Having appeared on television's Australia's Got Talent, he's no stranger to the limelight, either.

He's even got a list of sponsors—pretty impressive for a grade-schooler.

So far, over half-a-million people have felt the holiday spirit by watching the boy wonder's Christmas-themed stunt. It’s proof that kids born in this tech-obsessed age are still into cars, despite the cries that Millenials and Gen Z'ers have lost interest.

With this youngster doing full-fledged drifting donuts around his family’s Christmas tree, who knows—maybe he could become the next Ken Block? Whether or not he'll end up running his own shoe empire is anyone's guess, but we reckon with enough practice, he'll get there in the driving department.

It's always time for a feel-good video, and this one's hard to beat. For more of this youthful hoonigan, check out his social media channels and keep an eye out for more impressive wheelman tricks.

They all go above and beyond the simple reindeer antlers and Rudolph nose, dressed merrily with light, wrapping paper, and even shrubbery.