Remastered Video of DeSotos, Fords, and Buicks Shows Chicago Traffic Was More Interesting in the ’30s

Cars were works of art and turn signals didn’t yet exist, so it was beautiful chaos. 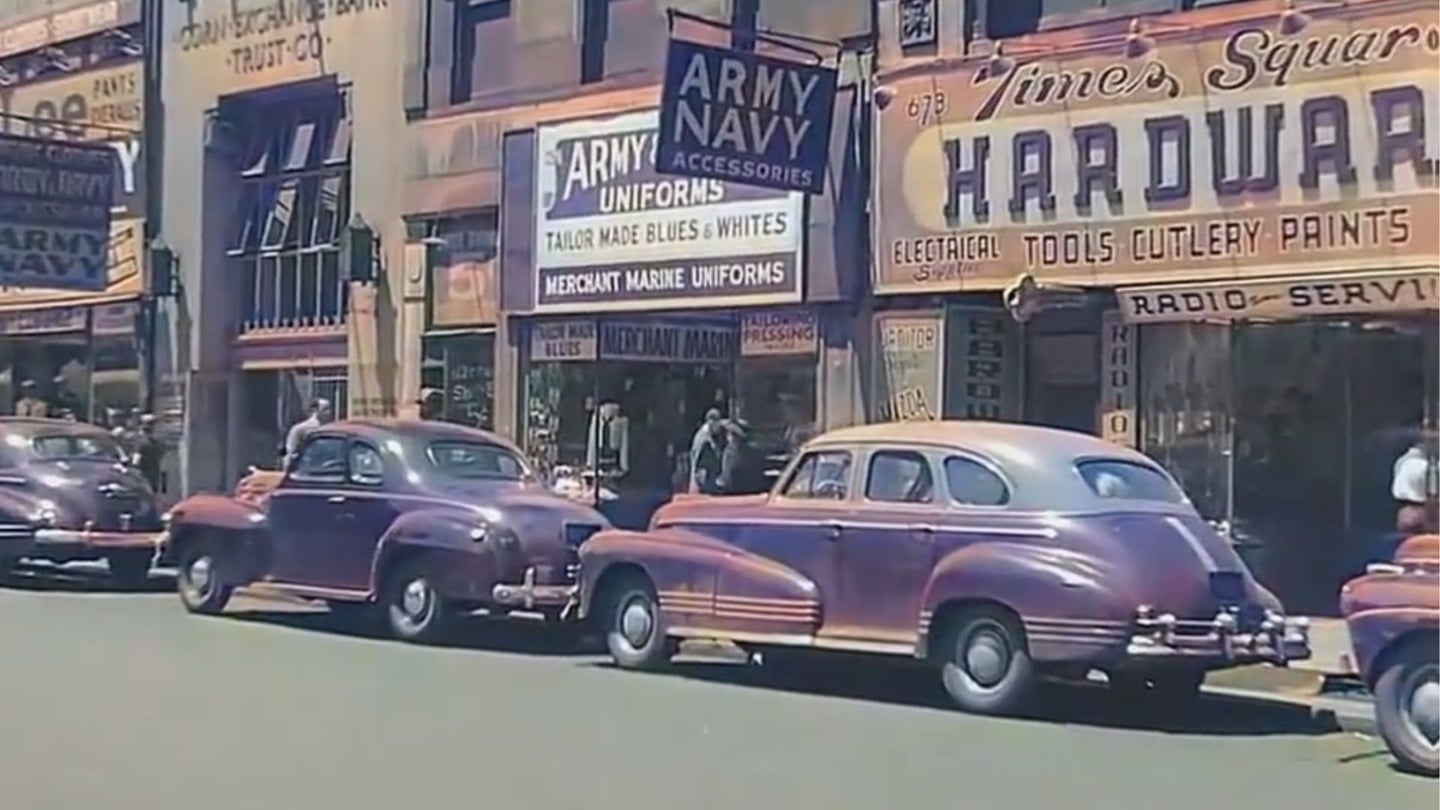 If you’ve ever imagined yourself driving one of the rounded, streamlined cars of the ‘30s and ‘40s on the streets of Chicago and New York, a video restoration enthusiast in France has created the perfect escape. YouTuber NASS seems to have a certain affinity for restoring scenes from Chicago, New York, and Los Angeles between the roaring ‘20s and war years of the 40s, adding color and sound for ambiance.

When Elon Musk finalizes our colonization on Mars and then tackles time travel, one of the first places I’d go would be New York City in the mid-1930s. The Great Depression had begun to see the end of its run, World War II had not begun, and America was feeling hopeful again for a time. My first-generation Italian-American grandparents grew up nearby and eloped in 1935 and I picture them driving one of the gorgeous vehicles of the era.

While the colors aren’t historically accurate and neither are the sound effects, this video brings to life the experience of driving on Michigan Avenue in Chicago in the '30s from 0:05 to 1:12. Then it transitions to a side view of a ride going north on Eighth Avenue in New York City from 39th Street. In Chicago, you can see the DuSable Bridge in the background as the cars pull away, people going about their day in jaunty hats, dresses, and suits.

In the New York City footage, you’ll spy an E.W. Woolworth 5 & 10, a Thom McAn shoe store, and a movie theater marquee advertising “The Princess and the Pirate,” which starred Bob Hope and Virginia Mayo and was released in late 1944.

With a little help from my friend Damon Bell of Consumer Guide, we identified the very first car you see with 774 346 plates as a 1936 Buick. The cabriolet following the Buick on its passenger side is a 1936 Ford, but Bell says the heavy horizontal trim pieces are not stock; those are aftermarket add-ons. The car that appears on the left at 0:30 with the horns under its headlights is a ‘34 Ford. At 1:16, a 1942 DeSoto pops into view, known for its identifiable hidden headlights.

What other car makes and models do you see? If this sparks any memories for you, I'd like to know.

After leaving it behind in 1967, the owner was reunited with his car 33 years later with a random phone call.