The woman behind the wheel was going to be fined for using her phone while driving, but then she had this bright idea. 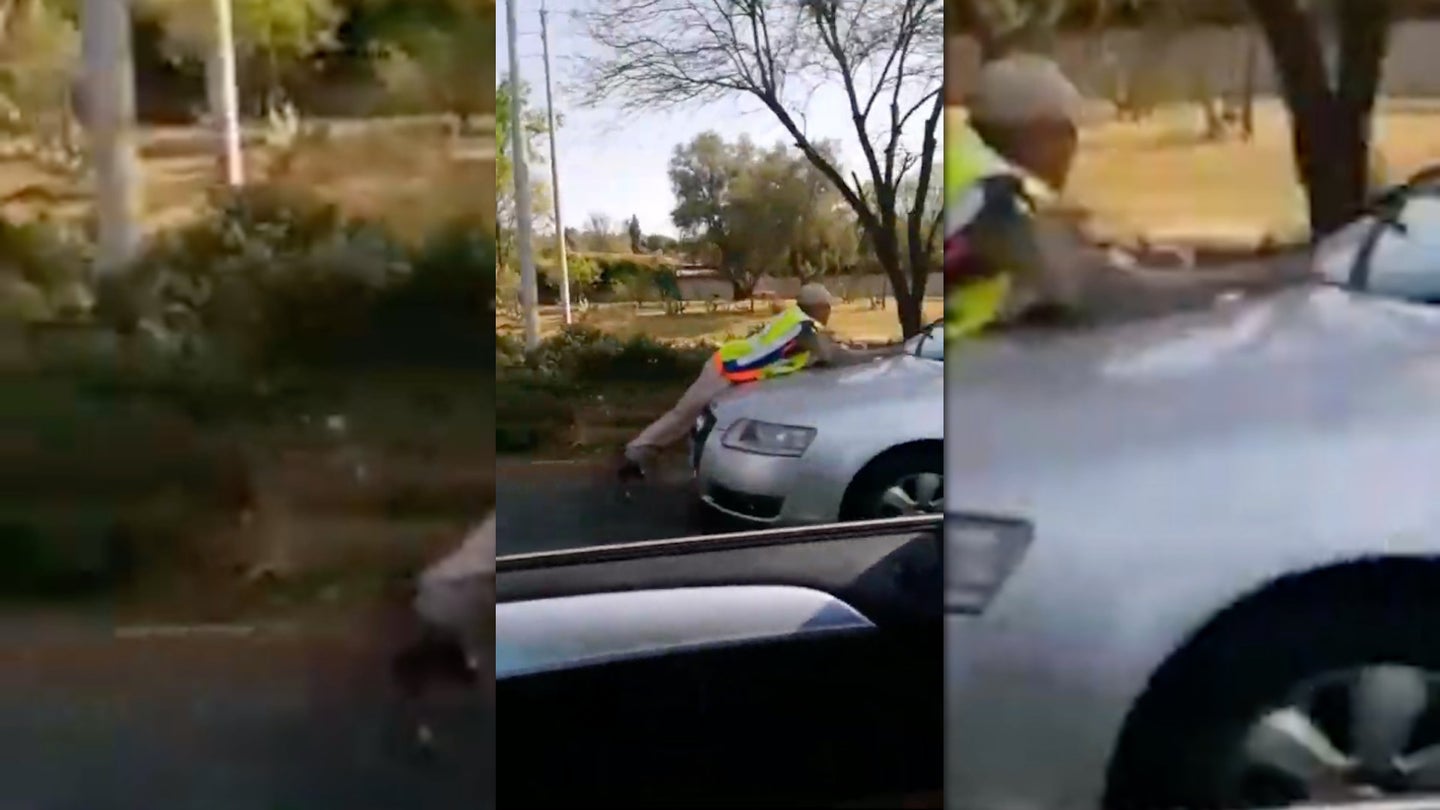 A 27-year-old South African woman was reportedly arrested following an attempt to evade a ticket by driving off with a police officer on the hood of her Audi A6.

According to statements issued by a transportation official of South Africa's Gauteng province to The Times, the driver was pulled over for using her phone behind the wheel in the mining town of Krugersdorp, 22 miles east of Johannesburg. As made evident by a smartphone video captured by a nearby driver, the woman tried to escape punishment by driving off mid-stop when the officer leaped onto the Audi's hood and was carried away by the rogue driver. Bystanders filmed the lawman pleading with the woman to stop the vehicle.

Toward the end of the video, the Audi can be seen coming to a halt when a white Nissan van blocks its path. The Audi's driver was reportedly arrested shortly thereafter, and charged with failing to comply with a traffic officer, reckless driving, and resisting arrest.

"The conduct displayed by the driver is not only reckless but also smacks of arrogance," stated a Gauteng official.

Coincidentally, this is not the only bizarre interaction between police and Audi drivers this week. Across the Atlantic, another Audi driver was arrested for impersonating a member of China's paramilitary police—in California. If there's a lesson to take from these two incidents, it's that messing with cops isn't a good idea in any part of the world, no matter what you drive.

In an unbelievable turn of events, the off-duty officer was able to continue his phone call to dispatch while holding on.

Anyone fancy putting up a bid on this hellacious beast?