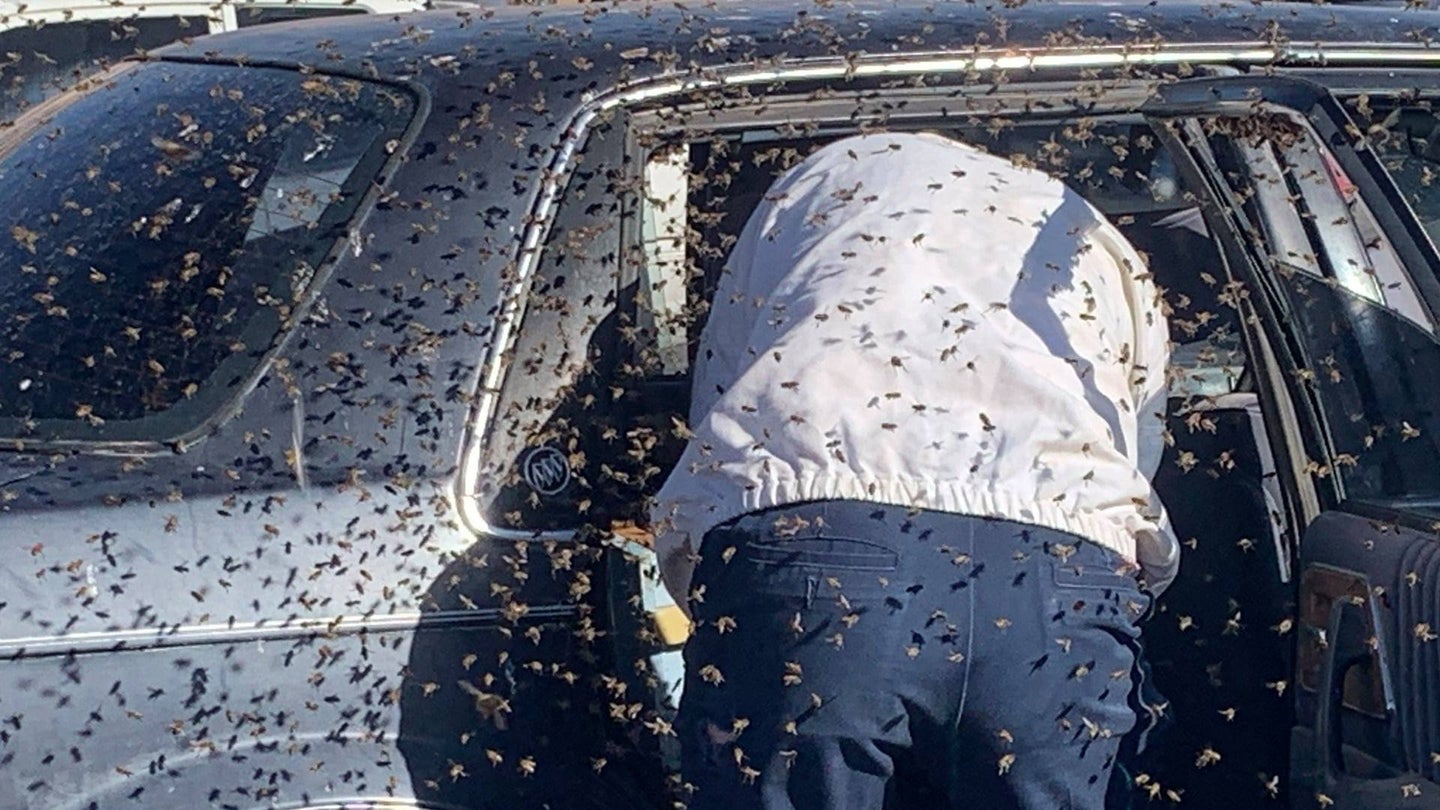 A man from Las Cruces, New Mexico was in shock after a quick run to the grocery store. Before you ask, no, his surprise didn't come from the price of milk, but instead from the 15,000 bees that had made a home in the back seat of the Buick he was driving.

According to reports from local emergency services and the New York Times, the driver of the car reportedly made a 10-minute trip into a local Albertsons supermarket around 4 p.m. on Sunday. With temperatures over 70 degrees that day, the man decided to leave the Buick's rear windows down while he shopped. But that small decision led to a swarm of bees quickly taking "temporary residence" inside of the car.

By the time the driver had returned to the car, which looks like a Buick Century that he had apparently borrowed from a friend, an estimated 15,000 bees had amassed on the passenger side of the vehicle. The driver didn't seem to notice his new flying friends either because he reportedly began to drive off before he noticed that his car had attracted a few visitors.

That's when he called 911. Fortunately for the driver, emergency crews knew just the man for the job: an off-duty firefighter named Jesse Johnson.

Of his 37 years on Earth, Johnson has spent 10 of them with the Las Cruces Fire Department. And during that time, he's picked up a few additional passions: being a paramedic, father of two, and beekeeper. You're probably starting to see why he was the right person.

Normally the LCFD doesn't remove swarms of bees, but given that the supermarket was a high-traffic area and Johnson was willing to help out, they were able to quickly and effectively respond to the swarming pollinators.

Johnson believes that the bees may have split from a nearby colony, a common occurrence in the spring months. He used his knowledge of beekeeping and proper safety garb to remove the bees from the Buick and safety relocated them to his own property where he currently has four hives. Johnson said that the bees weighed 3.5 pounds, collectively.

Fortunately, no major injuries were reported throughout the incident and only two individuals were stung—a firefighter and a store security guard.