Drought conditions and dry grass along the trail did not mix well with the truck’s hot exhaust and engine components. 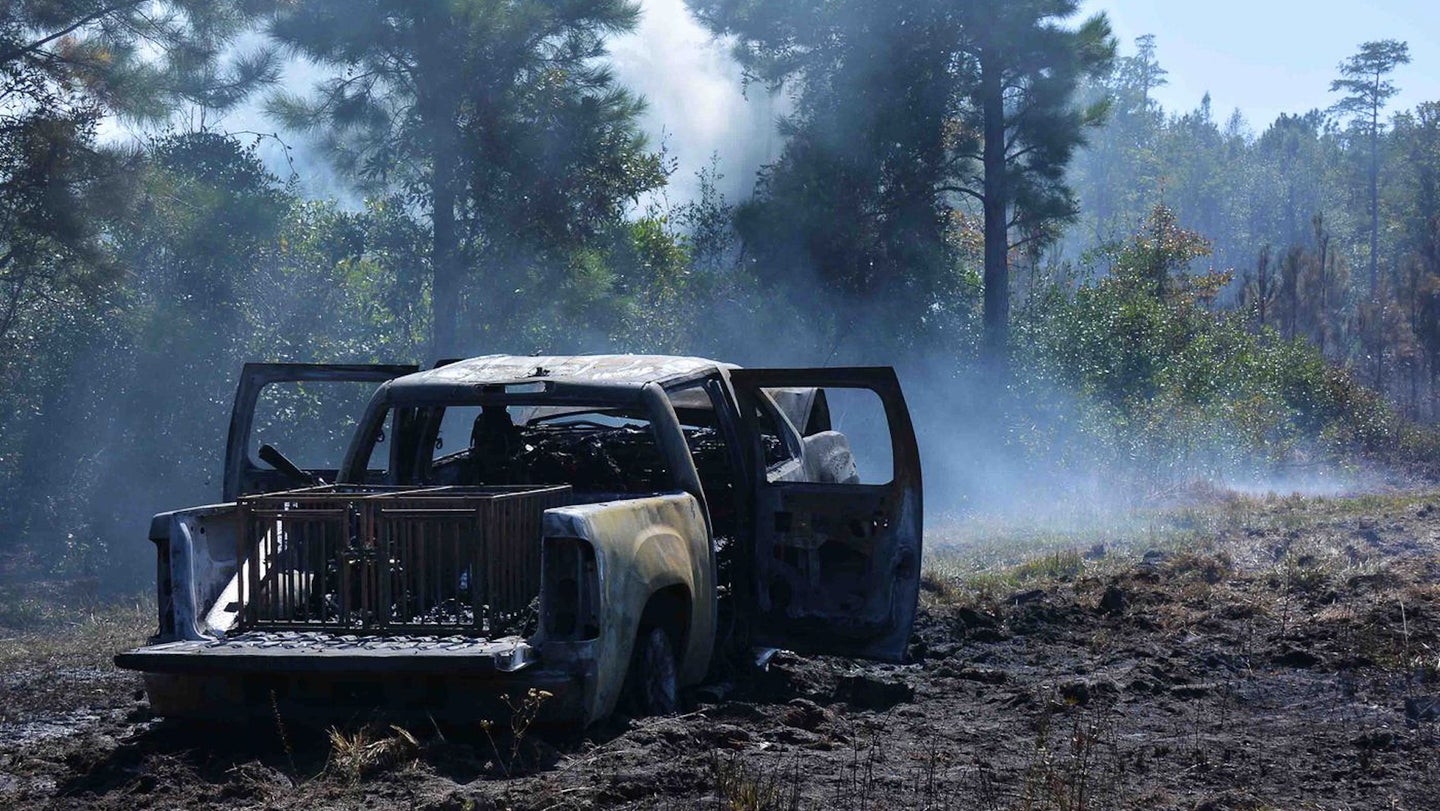 A group of hunters in Colleton County, South Carolina caused a wildfire on Saturday that burned five acres of forest when a truck they were driving became stuck on a backwoods trail.

Live 5 News reports that the group used water and fire extinguishers in efforts to unsuccessfully containing the fire, and even hooked up another pickup to pull the burning Chevrolet Silverado away from the area to limit the damage. It’s unclear if they tried towing the truck out of the mud initially, but doing so might have prevented the whole situation as the vehicle was later declared a total loss. By the time fire crews arrived, it was “fully involved," meaning that the entire vehicle was engulfed in flames.

It's unclear if the heat that started the fire was from the truck’s exhaust or maybe from spinning the tires too long, but with the below-average rainfall in the area recently, it probably didn't take much to spark the blaze in the nearby dry grass. Colleton County, which covers an area west and south of Charleston, saw extreme drought conditions earlier this year and was just moved back into drought status following yet another dry spell.

Officials blame this as well as winds for quickly spreading the fire. Much of the blaze was out of reach for standard fire equipment, so first responders used hand tools and backpacks to try and control the flames. They managed to slow things down until a tractor from the Forestry Commission was able to cut a line around the fire and contain it.

Wildfires are a relatively common occurrence, with over 36,000 having been recorded so far this year. The Insurance Information Institute says that as much as 90 percent of those fires are started by people, mostly from campfires, discarded cigarettes or arson.

The latest required four fire brigades and 25 fighters to get the flames under control, some of which reportedly reached as high as 20 feet.

If you dig through the rough of Mustangs, Evos, and Ferrari 308s, you’ll find some diamonds.